President Trump on Wednesday offered the media a rare opportunity to engage him in a public forum in the aftermath of Tuesday’s midterm elections. The questioning, predictably, erupted into a spectacle equal parts gladiatorial combat and surreal reality show. From clashes with CNN reporters to Lil Jon throwbacks, here are the craziest snapshots from a presser in free fall.

“I was tempted to ask you why you liked Oprah,” quipped one reporter.

“Why do I like Oprah? What kind of question is that? He’s a comedian here,” responded Trump, gesturing to the journalist. “I do like Oprah. She was a person I knew well. She came to my place in Palm Beach often and I have a lot of respect for her.”

“I don’t know if she likes me anymore but that’s okay,” added the president.

During an exchange with Acosta over immigration, Trump told the reporter he “should run CNN” while the president ran “the country.”

“If you did it well, your ratings would be much better,” said Trump as he turned to call on another network.

But Acosta proceeded to ask another question, this time about the Russia investigation, prompting Trump to tell the reporter “that’s enough” repeatedly.

“Put down the mic!” boomed Trump. “CNN should be ashamed of itself having you working for them. You are a rude, terrible person. You shouldn’t be working for CNN.”

Shortly after the press conference, the network issued a statement calling the president’s attacks “dangerous” and “too far.”

“A free press is vital to democracy, and we stand behind Jim Acosta and his fellow journalists everywhere,” wrote CNN’s public relations department.

When asked whether the American public could expect more bipartisanship in Congress after the midterms, Trump preached a message of Kumbaya.

“The election’s over. Now everybody is in love.’

After being asked whether he emboldened white nationalism by calling himself “a nationalist” last month, Trump accused the reporter of asking a “racist question” before citing his support with African Americans.

“What you said is so insulting to me,” said the president. “You have nationalists. You have globalists. I also love the world and I don’t mind helping the world. But we have to straighten out our country first.”

WATCH: “That’s such a racist question,” President Trump tells a reporter who asks the president to respond to people who see his declaration of being a nationalist as emboldening white nationalists. pic.twitter.com/HAK9SZazIZ

When asked by a reporter whether he used racial slurs to refer to Lil Jon, Trump denied ever knowing the rapper—despite the fact he was a contestant on The Celebrity Apprentice.

“I don’t know who that is,” responded Trump, before conceding he did know the rapper.

The question arose from a Daily Beast story in which the president reportedly referred to Lil Jon an “uncle Tom” during filming. In a statement to the publication, the rapper confirmed that Trump did in fact use this language. 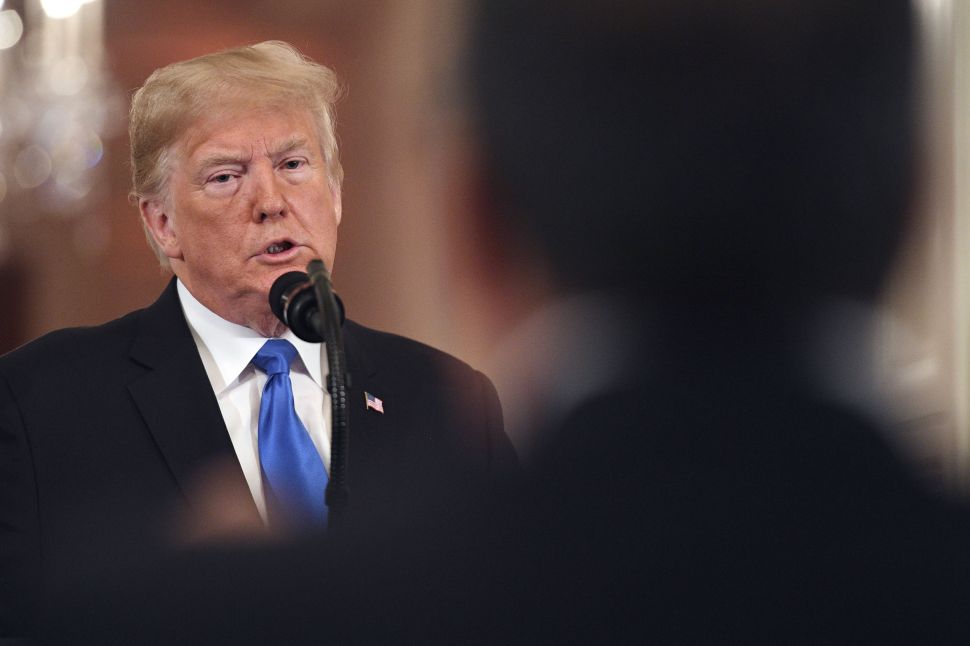