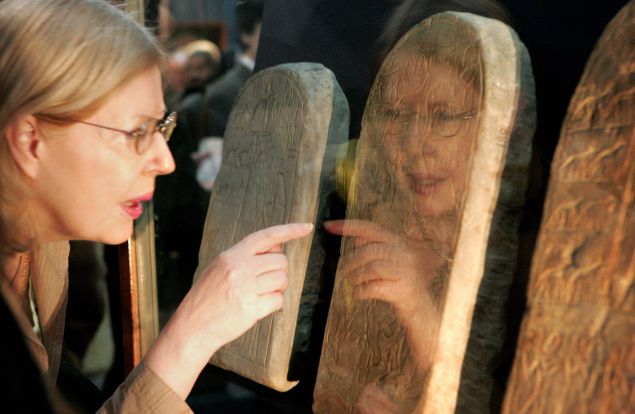 Egyptian steles on view at the Egyptian Museum in Cairo in 2007. Cris Bouroncle/AFP/Getty Images

It is unfortunately a well-known fact that the art trade has occasionally been infiltrated by unscrupulous characters—art forgers, flippers and thieves are among the first to come to mind. In modern art history, the cases of outright art theft are rare and newsworthy. But in the antiquities trade, theft is more complicated, and in some ways, more common. Looted antiquities taken from sites of discovery before they can be recorded are able to enter the market and be sold at something approaching their full value—unheard of for an item stolen from a museum and traded in back rooms. Indeed, deals for objects purloined from the field are made, all too often, out in the open at art fairs.

A gallery that has allegedly been involved in selling looted antiquities in the past will participate at the upcoming Salon Art + Design fair (November 8-12) in New York City. Based in Geneva and New York, Phoenix Ancient Art has sold to major museums and collectors the world over, including the Metropolitan Museum of Art. But as The New York Times and other publications have profiled, they’ve also been involved in several cases where the pieces they were selling turned out to be stolen or looted. These involved an ancient Egyptian stele, and an Iranian drinking vessel that was illegally imported and had been taken from an Iranian cave.

With this in mind, the question easily becomes: What kind of responsibility should fair organizers have to protect the buyers? It would be discriminatory for a fair to restrict the inclusion of a dealer because of past issues and bad press, but at the same time, buyers will assume that fairs are curated to some extent, and that those selling there have been screened by the organizers, and even perhaps that they can shop without worry. In fact, most fairs charge for galleries to exhibit and sell in them, and so there is a financial disincentive to be choosy about who shows.

For buyers, the safest bet, in this time of conflict zones in the Middle East, is to not buy anything that seems to come from the countries caught up in turmoil, unless it has very elaborate and overt documentation that shows that it has been in collections for many decades and was legally excavated and exported. The safest of all is a moratorium on buying antiquities from these locations, period, but that is not logistically feasible, as it would grind a section of the art trade to a halt. And beyond that, ensuring that the gallery you purchased from has checked the item against registries for stolen artwork is also a must. But even that has its issues.

Phoenix Ancient Art proved due diligence in the case of the Egyptian stele, because they did check to ensure it was not on a stolen art database. And herein lies the reason why the antiquities market has an entirely different problem to those trading in art sales. The stele would never have appeared on a stolen art database, because it was plucked from the earth, from an extant collection.

Ultimately, the solution should come back to law enforcement. Getting into trouble for having acquired a looted antiquity does not happen as often as would be necessary to really curb the problem. Private collectors will frequently get off the hook by proving due diligence (having checked with police and databases to ensure that the object did not appear) and good faith (that you genuinely believed the object was legitimate when you bought it).

As Lynda Albertson, CEO of A.R.C.A. (Association for Research into Crimes against Art), told Observer, “Legal seizures, like those recently filed in New York State court and in London, provide one of the strongest disincentives yet to dealing in or purchasing looted cultural objects without sufficient due diligence.” And she noted, “Buying and selling illicit objects defrauds the legitimate trade in works of ancient art, but more than that, it corrupts our understanding of history.” There must be more such seizures—it must feel like capture is a high probability—in order for trading in ill-gotten goods to become a consistent liability.

So ultimately, no, the responsibility should not be on the part of fairs to police what is being sold under their roofs. What is actually required is an overhaul to the system of buying antiquities, which currently only asks that the buyer passively demonstrate that they did not realize that it was looted. Instead, the best solution would be to require the middle man and the ultimate buyer to proactively show that the activity is legitimate through documentation. Failure to do that would result in legal action, and the uptick in policing would indeed cause many dealers to think twice before passing along something with sketchy provenance.

But doing so would be such a sea change, and would surely cause outcry from the world of art trading, that it seems an impossibility. It would require a truly worldwide legislation to shift in this direction, otherwise the trade would just move operations to a less legally-cumbersome country. 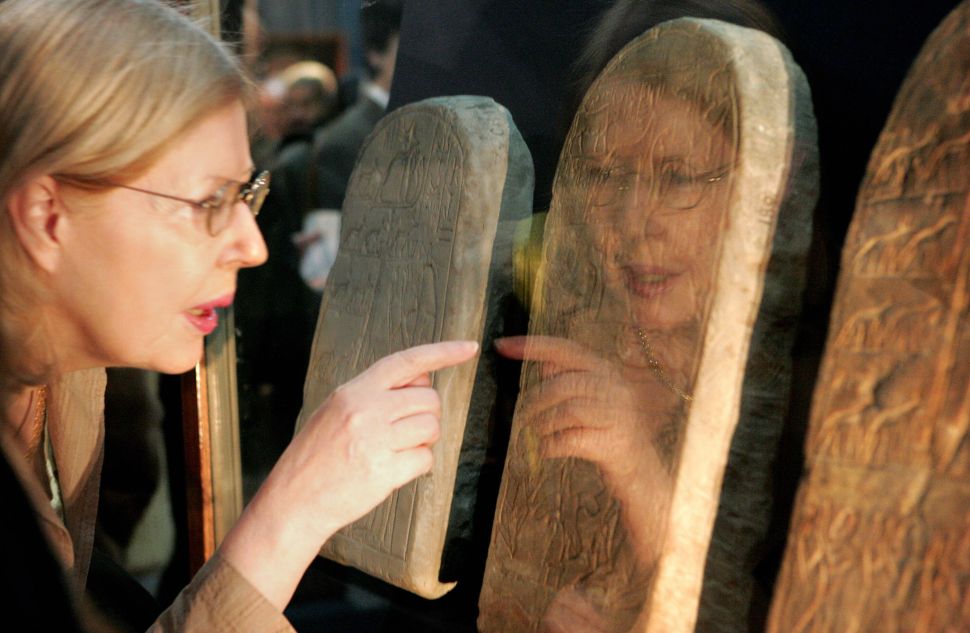