Marc Jacobs never could have anticipated the seismic revolt he’d spark after he sent supermodels like Kate Moss and Naomi Campbell down the runway in combat boots, form-fitting black T-shirt dresses and pastel beanies for his Spring 1993 Perry Ellis Ready-to-Wear collection.

With a vehemence reminiscent of the infamous “Disco Sucks” hysteria of 1979, fashion critics like Suzy Menkes of the International Herald Tribune took grunge backlash to a new level and had “Grunge Is Ghastly” pins made. Seattle-dwelling, Nirvana-loving grunge purists mocked the high-fashion homage to their signature look. And Perry Ellis ultimately fired Jacobs for what was considered a dire transgression. The initial consensus was clear: The clothes were heinous.

Now, almost three decades later, Jacobs is re-releasing 26 looks from the landmark line exactly as they were when he first unveiled it—only this time around, he’s calling it Redux Grunge.

The clothes in the collection—which is available online November 15 and in stores November 19—are literally a copied-and-pasted, genetically identical snapshot of a past that’s been dropped into 2018, rather than an updated take on the grunge movement for a new audience. But Jacobs is expecting that his modern customers are totally ready for what he initially tried to introduce them to 26 years ago.

It’s hardly an unreasonable assumption. Shortly after Jacobs caused a splash and lost his job, grunge style, heralded by central figures like Kurt Cobain and Courtney Love, exploded into the mainstream (see: movies like Clueless and Empire Records). The aesthetic more than persists today, both in its pure original form and in the diluted version we see in post-grunge aesthetics such as sleazecore.

In a clever move, some of the models used in the marketing are literally direct descendants of the models who walked in the original Perry Ellis runway show. Lily McMenamy, for example, is the daughter of Kristen McMenamy, who played “the groom to Kate Moss’ bride” in the show when Jacobs staged it in 1992.

Still, Jacobs is adamant that the outfits should be the main event. “It’s silly to complain about it, but it’s so frustrating when people focus on the girls and not the clothes,” he told Elle magazine. “I was pretty outspoken a couple of years ago when there was a Chanel couture show and there was one dress that was so exquisitely made—the fabric, the handwork. But all anyone could talk about was Lily-Rose Depp, the model wearing the dress. Not one person talked about the dress and what went into it.”

To introduce #ReduxGrunge, @LilyMcMenamy is wearing the exact look her mom, Kristen McMenamy wore when she closed the original Grunge collection as the groom to Kate Moss’ bride. Lily brings her own character, energy and spirit to the same look 25 years later photographed by Juergen Teller for our Marc Jacobs Grunge Redux 1993/2018. Explore the full collection exclusively available for preorder now on marcjacobs.com

Nevertheless, Jacobs’ casting choices are significant. Casting a mother-daughter modeling duo in the same collection is a statement of intent that says, “See? My ideas were relevant years ago, and they’re just as relevant today.”

In 2018, when fashion trends quickly ebb and flow depending on what’s getting traction on Instagram, Jacobs’ grunge vision feels of-the-moment and somehow fresh. The future Jacobs saw back in 1992 came, went and has now returned with a vengeance. 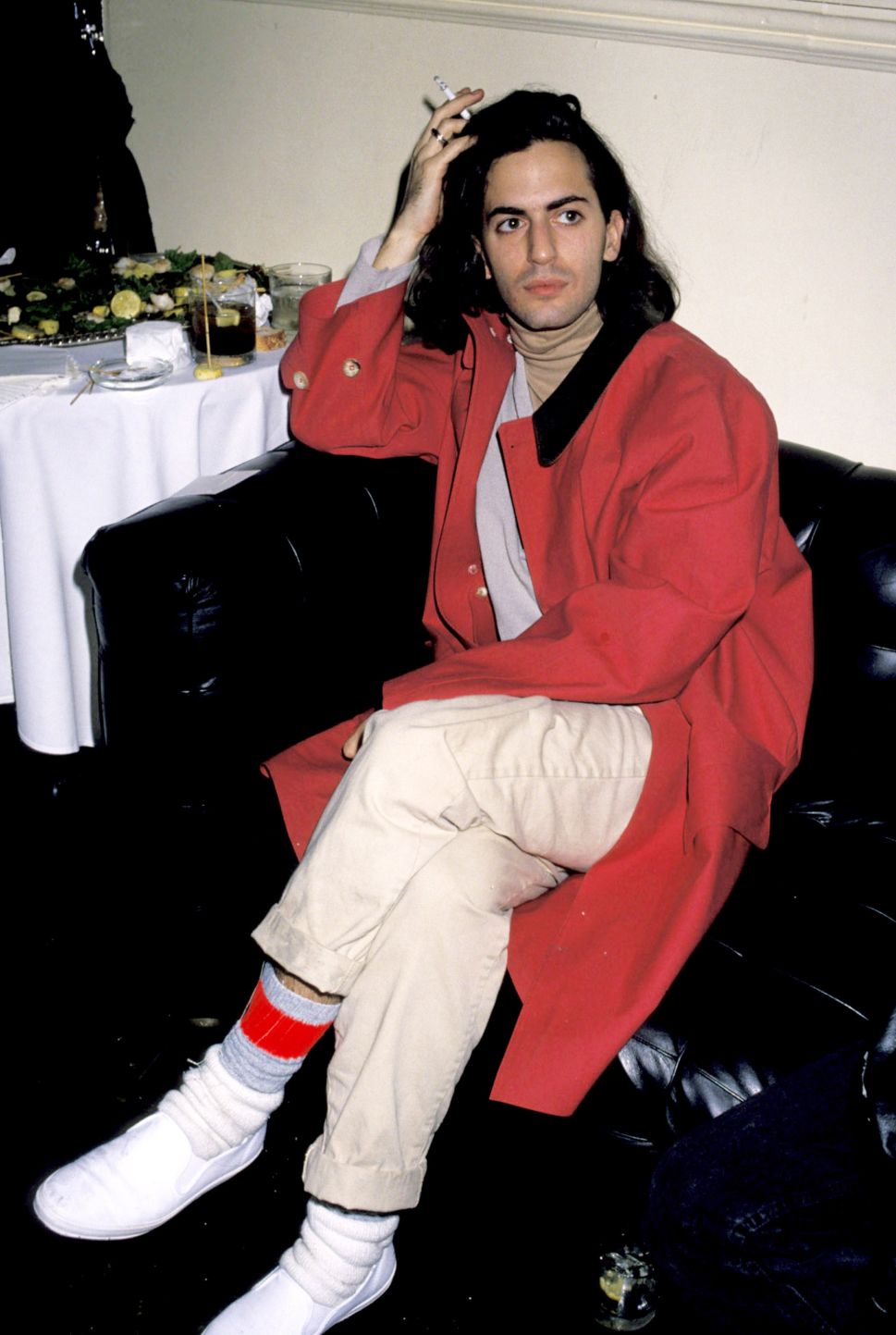