On Friday’s episode of Good Morning America, former First Lady Michelle Obama revealed to host Robin Roberts that she suffered a miscarriage about 20 years ago. The revelation is included in her new memoir, Becoming, which she’d gone on the show to promote.

“I felt like I failed because I didn’t know how common miscarriages were because we don’t talk about them,” Obama told Roberts. “We sit in our own pain, thinking that somehow we’re broken. That’s one of the reasons why I think it’s important to talk to young mothers about the fact that miscarriages happen.”

She continued, “I think it is the worst thing that we do as women: sit around and not talk about our bodies.”

Obama said that the trauma of the experience and the intense desire she and President Barack Obama felt to have children led them to pursue in vitro fertilization. The IVF treatments allowed them to have their two daughters, Sasha and Malia. Sasha is 17 and Malia is 20 and currently a student at Harvard.

Becoming is Michelle Obama’s second book (her first, 2012’s American Grown, focused on healthy eating habits and showcased the White House’s produce garden), and it promises to be a departure from conventional executive branch narratives.

The memoir, which is out November 13, explores her childhood in the South Side of Chicago and her years at Princeton, and more predictably includes details of her courtship with Barack, whom she met while working as his adviser at the law firm Sidley Austin LLP. It also includes candid criticism of Donald Trump, with special attention paid to the Trump-led “birthers” who launched a campaign to prove Barack Obama was not born in the United States.

“I’ve never been a fan of politics, and my experience over the last 10 years has done little to change that,” Michelle writes. “I continue to be put off by the nastiness.”

Throughout the duration of Barack Obama’s eight years as commander in chief, Michelle impressed people with her consistent grace and poise, which led many to believe that the elegant persona she inhabited in public comprised the sum total of her qualities.

Women married to the president are expected to be humanitarians, entertainers and impeccable accommodators, but Michelle’s honesty here feels unprecedented. By frankly discussing her personal struggles, she is granting permission for other women to do so. All they needed was the right signal. 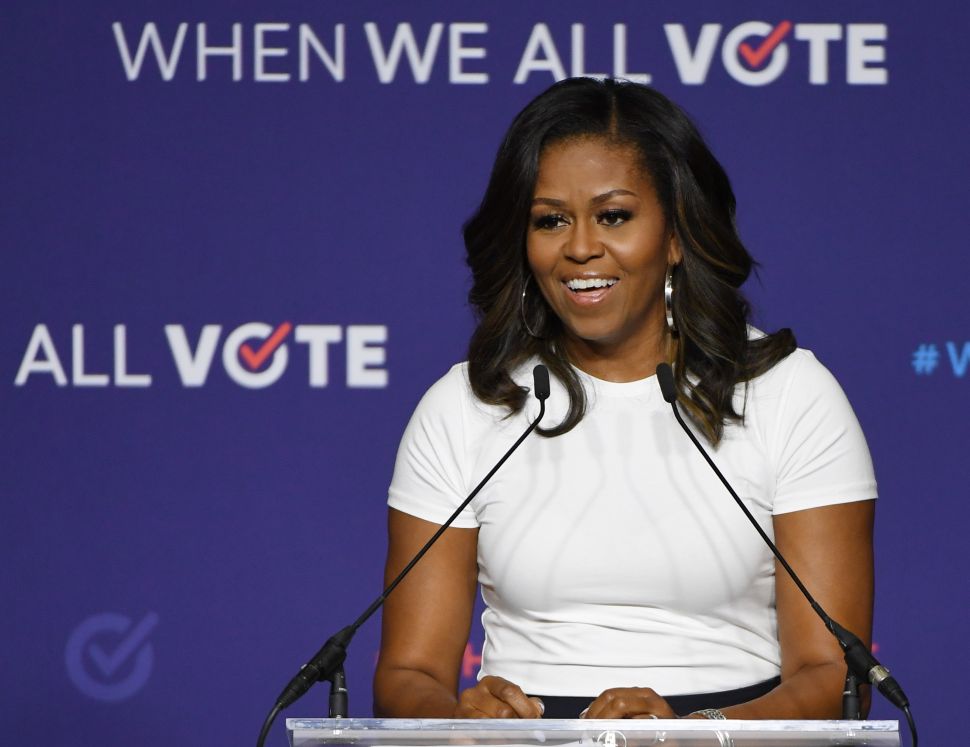