For every day of his presidency—657 so far, if you’re counting—the issue of Donald J. Trump’s ties to Russia has darkened the Oval Office door. Since May 17, 2017, when former FBI director Robert S. Mueller was appointed Special Counsel to unravel Trump’s secret Kremlin linkages, the president has seethed, his rage seeping into his tweets. From its first day, President Trump has wanted to quash the Mueller investigation, and now he’s making his move.

But is it already too late? There’s mounting evidence it is, specifically that Team Mueller is ready to strike imminently with indictments, no matter what the White House does.

All the same, the feat was impetuous even for Trump. He could not wait even one day, dropping his bomb on Wednesday afternoon, on the heels of his wild, angry press conference about the midterm elections. Although Tuesday’s midterms were hardly the personal success that Trump presented them as—with the Democratic takeover of the House muted by GOP gains in the Senate—the hotly desired Democratic Blue Wave never quite swelled. The midterms were a setback for the White House, but hardly an unprecedented one. Barack Obama in 2010 and Bill Clinton in 1994 took worse midterm hits and got reelected.

Nevertheless, only 18 hours after polls closed, President Trump cashiered his attorney general, Jeff Sessions, the cabinet’s most sincere Trumpian true believer. The move was long overdue; indeed, Sessions’ survival this long seems miraculous (that the attorney general’s strange forced-resignation letter lacked a date was the tell). Sessions committed the unpardonable sin in Trump’s eyes of recusing himself from the Russia probe, an act commonsensical for any attorney.

By finally getting rid of the hated Sessions, Trump opened the door to shutting down the Mueller investigation. The president cares nothing for precedent or rules, yet even for Trump what happened on Wednesday was a brazen act which seems destined to force a constitutional crisis.

Not content with pushing Sessions aside, Trump shoved Rod Rosenstein, the dutiful deputy attorney general who has overseen the Mueller probe, out of the way too. Rosenstein is still in his job, for now, but he has been removed from any role in the Mueller inquiry. There went the last bureaucratic top-cover for Team Mueller.

Trump then outdid himself by appointing as acting attorney general Sessions’ chief of staff, Matthew Whitaker. At the Justice Department, Whitaker is disliked as a Trump crony who is qualified, barely, to be the attorney general, being a former Federal prosecutor in Iowa.

However, Whitaker is also a critic of the Mueller inquiry, indeed a vehement one, who has advocated limiting and even shuttering any investigation into the president’s ties to Moscow. By any normal legal standards, Whitaker should immediately recuse himself from anything touching the Special Counsel’s office, but these are not normal times in our nation’s capital. Whitaker was chosen by the White House to fix the president’s Mueller problem by any means necessary. Whitaker’s own highly partisan and less-than-ethical past indicates that, for once, President Trump may have chosen the right man for the job.

Democrats are howling gigantic curses, as expected, but plenty of Republicans are also troubled by the Whitaker appointment. Many are challenging the legality of placing Whitaker in the position, even temporarily, to interfere with Mueller. Embarrassingly for the White House, George Conway, a top Washington legal eagle who is married to Kellyanne Conway, the president’s top consigliera, publicly denounced the Sessions defenestration, adding that replacing him with “nobody” Whitaker is “unconstitutional. It’s illegal. And it means that anything Whitaker does, or tries to do, in that position is invalid.”

Conservative legal celebrity John Yoo weighed in just as harshly. Reviled on the Left for his fierce defense of President George W. Bush during the bumpiest years of his administration, Yoo flatly denounced as “unconstitutional” the current White House effort to let Whitaker kill the Mueller inquiry as acting attorney general. If Trump wants Whitaker to do that, the nominee will need to pass Senate approval.

That’s a high-stakes gamble, and if the White House has any sense it will back off quickly before they have created a bona fide constitutional crisis there’s no way out of. That said, Trump may want a major crisis to buy time before Team Mueller drops indictments on the president, his relatives, and his retinue.

To abide by Justice Department rules, Mueller went silent for almost two months before the midterms, to avoid any appearance of election interference, but the Special Counsel’s office is now renewing the public side of their investigation. Team Mueller is reported to be working on the final draft of their report on the president and his Russian ties in 2016. Whatever that report says, it’s not likely to be flattering to Team Trump.

Worse for the White House, Mueller’s prosecutors are widely believed to be closing in on two people close to the president, Roger Stone and Donald Trump, Jr. Stone, the self-proclaimed Republican “ratf*cker,” has spoken openly of his fears of impending indictment over his links to WikiLeaks in 2016. Don Jr. is reported to be concerned as well, since he appears to have lied to Federal investigators about the fateful June 9, 2016 Trump Tower meeting with Russian intelligence officials.

Indictments of Stone, a friend of the president since the 1970s, or worse Trump’s son and namesake, seem certain to push the White House into greater paroxysms of rage. What might happen then is anybody’s guess. Trump’s desperation to shut down the Mueller inquiry before it cuts very close to home is therefore understandable.

It’s also a fool’s errand. In truth, it’s far too late to shut the Special Counsel down altogether. Mueller and his staff, veterans of Beltway wars, were not surprised by this week’s events. They were prepared. Any efforts by Acting AG Whitaker to block indictments will go public quickly and throw Washington into deep crisis. For Trump, there are no exits or off-ramps left.

When Mueller informs the public of more indictments is an open question. That they are coming, however, is not. And there are lots of them. The Special Counsel has been at work for almost 18 months now. An Intelligence Community official who assisted the Special Counsel’s investigation told me this week that Team Mueller is holding “dozens of sealed indictments” of people associated with the president, his 2015-16 campaign, and his administration. “Nobody who’s close to the Russians is getting out of this,” said the IC official. When will those indictments start being unsealed? Watch this space. 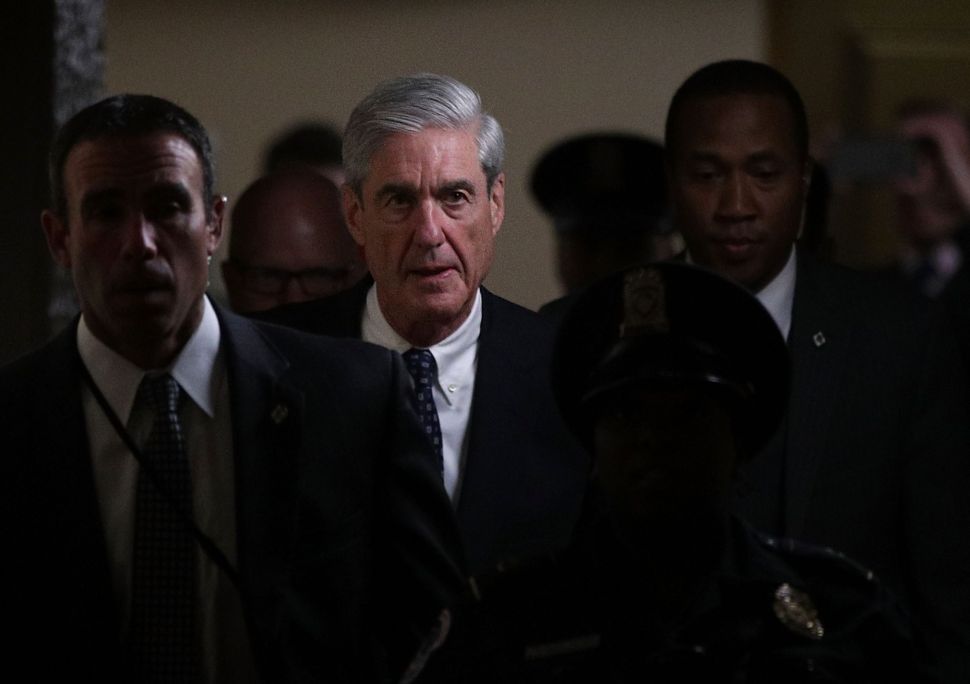