A pair of Harvard researchers (yes, that Harvard) posit that a strange space rock observed racing through our cosmic backyard late last year could be an alien spacecraft. In a paper set to be published in the November 12 issue of The Astrophysical Journal Letters, the duo describe the object, saying it “may be a fully operational probe sent intentionally to Earth vicinity by an alien civilization.”

The researchers, Harvard University physicist Avi Loeb and postdoc Shmuel Bialy, suggest that what we perceive as a space rock could instead be a lightsail-propelled spacecraft of artificial origin designed for interstellar travel. Unsurprisingly, some media outlets have glommed onto that nugget of information resulting in a slew of clickbait headlines amping up the notion that we may have been visited by some sort of alien spaceship.

The hype started last October when humanity had a puzzling extraterrestrial encounter. Not with any sort of little green men but with an enigmatic alien space rock dubbed ‘Oumuamua—a Hawaiian word meaning “scout”—as it barreled through our solar system. Its brief stay didn’t allow for much observation time.

The so-called minor planet (a designation given to objects that orbit the sun but are not planets) is like a cosmic chimera, exhibiting the qualities of both asteroid and comet, not fitting neatly into any known astronomical box. Scientists aren’t exactly sure what it is, but they are sure of one thing: it clearly originated from outside our solar system. Its unique shape (flattened and elongated, much like a giant cigar), coupled with its curious acceleration through the solar system, has left us with more questions than answers.

‘Oumuamua is not the first astronomical object to make headlines in connection with alien technology. A weird star dubbed KIC 8462852 (AKA Tabby’s Star) has baffled astronomers since it was first detected by the Kepler Space Telescope (RIP Kepler) back in 2015. The enigmatic ball of gas and plasma has been dimming and brightening in strange and unpredictable ways.

Since it’s an F-type star—which maintain constant brightness—the dimming is especially perplexing. Surely something had to be passing in front of it and blocking it. But what? Fellow astronomers offered a variety of explanations, including a mass of planets, dust clouds and even alien megastructures such as Dyson spheres.

According to the star’s namesake, astronomer Tabetha Boyajian, “alien hypotheses should always be a last resort.” A good reminder to us all that we should treat stories like this with caution, no matter what university they originate from. The paper makes a bold claim but does little to back it up. (This is also a good time to note that the paper has yet to be peer reviewed.)

‘Oumuamua, like its stellar counterpart KIC 8462852, is a bit bizarre. Its shape and composition suggests comet, but it lacks the typical dust emissions associated with most comets as the pass by the sun. So could this be an asteroid or something entirely new? While analyzing ‘Oumuamua’s orbit, scientists determined that it was speeding up as it was leaving the solar system—more so than just a simple gravitational assist from the sun and the planets.

What could it be? Perhaps ‘Oumuamua is indeed a comet and is getting a boost from outgassing, which occurs when the sun heats up ice within an object, creating gas in the process that provides a velocity boost. But that type of boost typically happens as a comet approaches the sun, not on the way out. This is where Loeb and Bialy’s paper comes in; they propose that ‘Oumuamua’s movement is exactly what we’d expect to see if we were looking at an object powered by sunlight (like an alien spaceship that has harnessed the sun’s energy to travel through space).

More than 30 years ago, Carl Sagan envisioned humanity navigating the cosmos—not on the backs of rockets but via sails that were pushed by waves of photons streaming out from the sun. As solar radiation hits the surface, it’s pushed along, building up speed as the object moves through space. Sagan dreamed that these solar sails, powered by an endless supply of energy from our star, may one day carry humans to other planets and maybe even other star systems. But could they carry aliens here?

It’s entirely possible, but highly unlikely. As astrophysicist Katie Mack pointed out on Twitter, scientists are usually happy to publish even the most extreme explanations as long as there’s even the slightest chance they could be true. Perhaps Loeb just has solar sails on the brain as he is working on a project investigating sending a solar sail to nearby stars—dubbed Breakthrough Starshot.

Jonathan McDowell, an astronomer at the Harvard Smithsonian Center for Astrophysics, added that Loeb is leading a project to figure out how to send exactly such a lightsail to another solar system, so “it’s [entirely] reasonable for him to be thinking about other species having done it first and what it would look like.”

Alien technology is always a bold claim, especially when there are perfectly good natural explanations still on the table. McDowell suggests that perhaps his colleagues are simply trying to show us what to look for. “The way to read this paper is that here’s the lightsail guy going ‘Hey, if you are into lightsails, note that ‘Oumuamua looks just like a lightsail would look,'” explained McDowell. Which is a far cry from hey this space rock is probably a lightsail.

Solving this cosmic conundrum may prove difficult as ‘Oumuamua’s stay was brief, and the weird space rock isn’t even visible with the most powerful telescopes. We may never know what it was, but chances are if there’s one such object, there will be more and astronomers will be waiting. 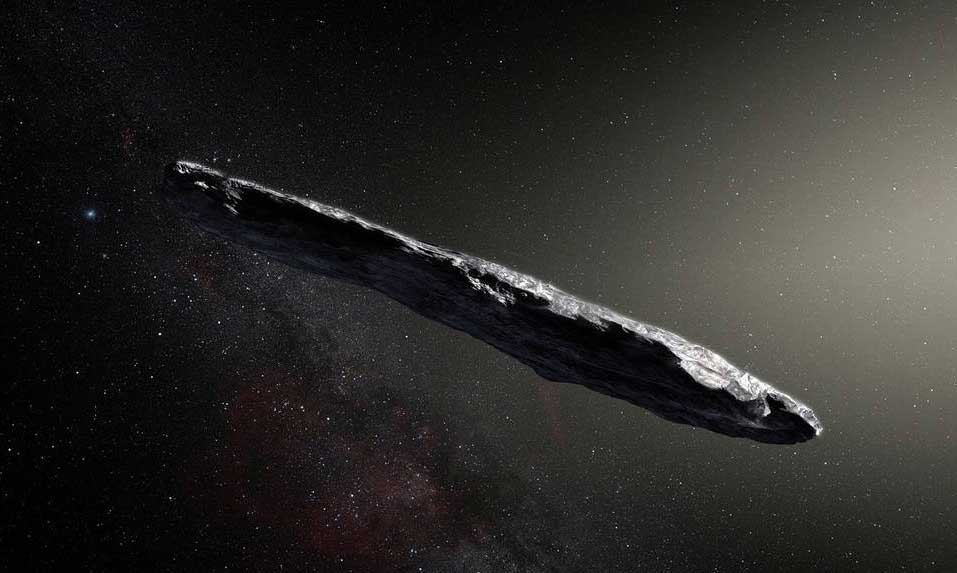