“San Junipero” may not be the best episode of Black Mirror, or even the most exciting. Those accolades belong to “USS Callister,” a rip-roaring suspense thriller that kicked off its fourth season, functioning as both an anti-nostalgia treatise and a condemnation of creepy, all-powerful men. Yet “San Junipero” is certainly the sweetest and the most romantic story in the British anthology series, which is famous for being anything but.

Vulture has published a new oral history of the episode, which trailed the star-crossed union of outgoing Kelly (Gugu Mbatha-Raw) and timid Yorkie (Mackenzie Davis) and quickly became a cultural phenomenon. The two women meet in a technologically rendered 1980s-style Neverland where anything and everything is possible (heaven is a place on Earth!), but where the pitfalls of human behavior (a.k.a. emotional unavailability and stubborn hesitation) are just as omnipresent.

“There’s something so beautiful about this woman choosing to be authentically herself in this moment of unlimited possibility,” Davis said, referring to her character in the piece, which has been adapted from Inside Black Mirror, a brand-new book about the series. “The thrill of her identity and her queerness is the event, the reason for all of this, not the opportunity to reinvent her exterior self and sell a coolness that would appeal to anyone else.”

Added Mbatha-Raw, “I’m really proud and somewhat surprised by the impact the film has had, in terms of the pride and joy and inspiration I know it’s become for the LGBTQ community. Many people have approached me to express how important this was: a love story between two women which was not about being ashamed of anything. It wasn’t about being gay or bisexual being a problem. It was a love story about souls, and that’s how I always saw it, so I’m super proud.”

As fans of Black Mirror are already well aware, the show is notorious for its commitment to plunking its characters in hellish, horrific scenarios and essentially watching them squirm. Because of this, the subtle empathy and optimistic ending of “San Junipero” are rendered all the more impactful. Audiences noticed: It ended up taking home two Emmys, one for Outstanding Television Movie and another for Outstanding Writing for a Limited Series, Movie or Dramatic Special for creator Charlie Brooker.

“The reception of the episode has been such an education on my own blind spots as a straight white woman,” Davis said. “I could never have anticipated what a healthy, biracial love story—in which neither character dies—could mean to those who had experienced a dearth of positive depictions of their identities. I think that’s the very thing that attracted me to the story in the first place: When I read it and while we were making it, there was never a hint of discussion about it being a gay love story. It was a love story, in which two complete characters with rich histories find each other during a second chance at life. Period.”

Considering the general mood of the series and the nightmarish global political context in which the 2016 episode was released, the story’s intimacy and modest vulnerability make it a work of quiet radicalism. Its central lovers can be shy, for sure, and it takes a while for Kelly to come around to the idea of commitment, but the couple are never ashamed of the love blossoming between them. There’s no reason for them to be. 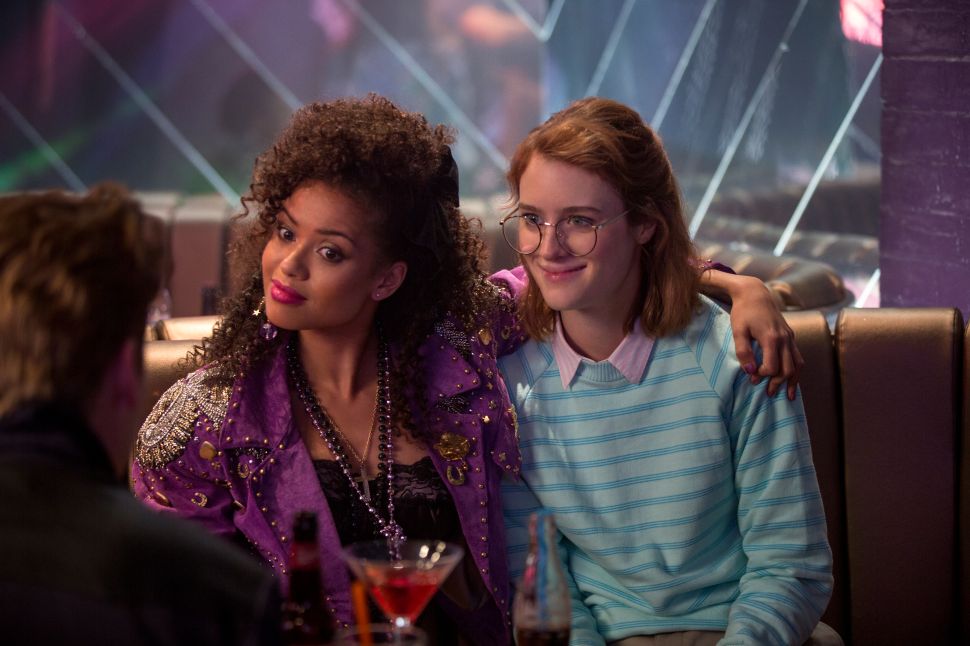