Tesla has found a replacement for Elon Musk.

On Wednesday night, the electric carmaker announced that it had appointed Robyn Denholm, currently CFO and head of strategy at Telstra, Australia’s largest telecommunication company, as Tesla’s new board chair, effective immediately.

But Denholm won’t be able start at Tesla until her six-month notice with Telstra is complete.

Denholm has been a member on Tesla’s board of directors, along with Musk and seven other directors, since 2014. She was also the chairwomen of Tesla’s audit committee, a role which she will step down from as she transitions into the board chair.

Although an unfamiliar name to the American public, Denholm is a well respected figure in the corporate world and has an extensive background in finance, tech and the automobile industry spanning from Silicon Valley to Australia.

Before her current position at Telstra, Denholm had led operations and finance functions at several U.S. companies, including Juniper Networks and Sun Microsystems. Earlier in her career, she had worked as a national finance manager at Toyota’s Australian unit and the accounting firm Arther Andersen.

“Robyn has extensive experience in both the tech and auto industries, and she has made significant contributions as a Tesla board member over the past four years in helping us become a profitable company,” Musk said in a statement on Wednesday.

In September, Musk was forced to step down as Tesla’s chairman as part of a settlement with the SEC following his earth-shattering take-Tesla-private tweets in August, which caused the largest one-day price swing in the history of Tesla stock. Under the SEC deal, Musk agreed to name a new chairperson for Tesla and add two independent directors to the company board. He remains as Tesla’s CEO.

“I believe in this company, I believe in its mission and I look forward to helping Elon and the Tesla team achieve sustainable profitability and drive long-term shareholder value,” the new chairwoman said in a statement on Wednesday.

Would like to thank Robyn for joining the team. Great respect. Very much look forward to working together. 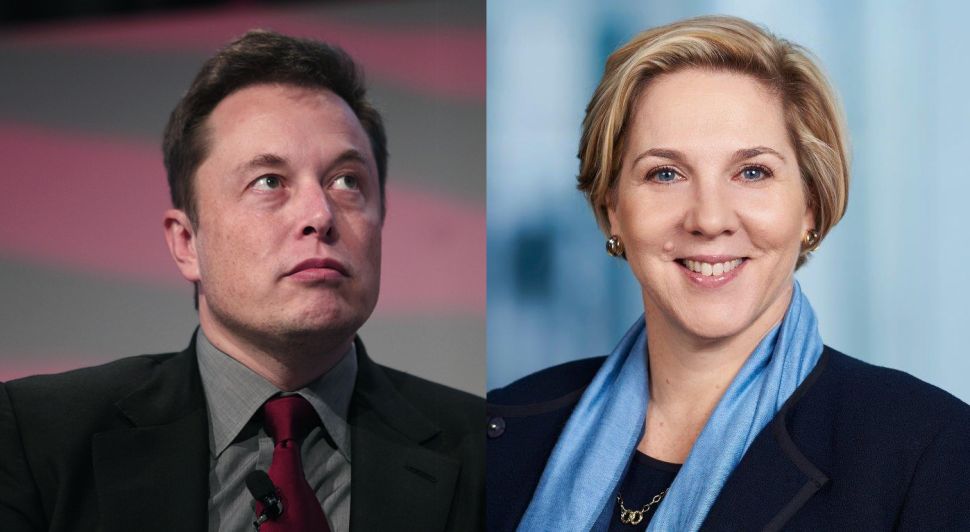