Court filings from the pair’s divorce proceedings in Manhattan claim Giuliani doled out $286,536 to his mistress, Maria Rosa Ryan, over the last six months. The two began an affair earlier this year, prompting Nathan to file for divorce. Like Giuliani, Ryan is also married.

When President Trump’s attorney wasn’t bankrolling his affair, he was reportedly spending $447,938 on activities “for his own enjoyment” and $165,165 on travel, per NBC. Nathan also alleges Giuliani spent $12,012 on cigars and $7,131 on pens. All expenses are said to have occurred since April.

Responding to the spending allegations, Giuliani pointed to his pro-bono salary at the White House—prompting Nathan’s attorney to scold him for agreeing to represent the president “for free.” Despite Giuliani’s background in law, a judge offered the lawyer some pro-bono advice of his own to resolve his marriage issues in private.

“It is beyond me why this is done publicly… throwing out all [your] dirty laundry for consumption,” said Judge Michael Katz, according to NBC.

Giuliani married Nathan in 2003 after his second wife, Donna Hanover, alleged the two were having an affair and filed for divorce. Before Hanover, Giuliani was married to his second cousin, Regina Peruggi. 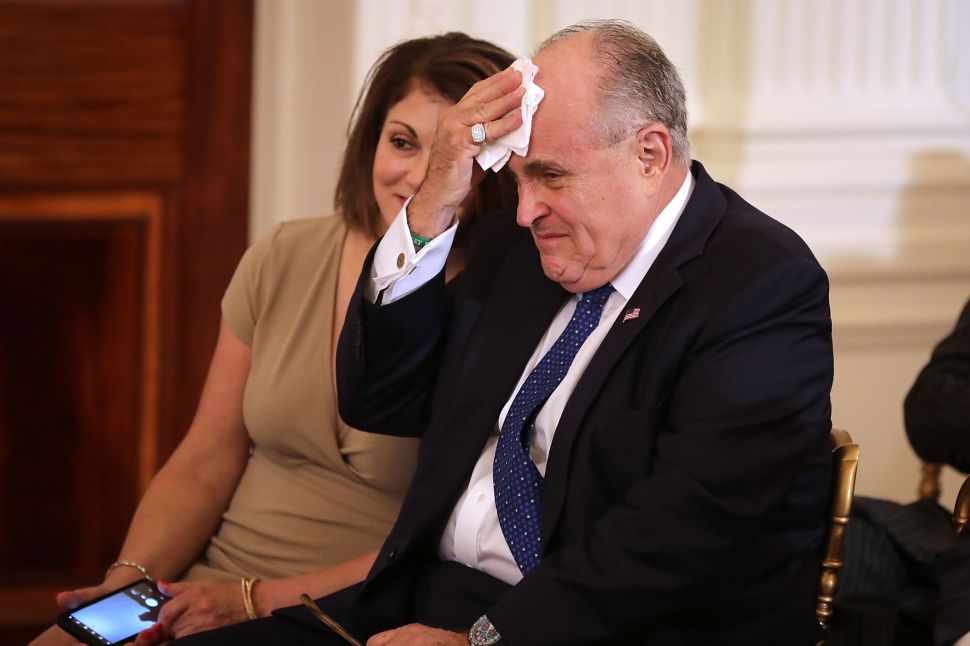