You can easily make the case that NBC’s The Good Place is the best show on television. Over the years, that distinction has almost always been reserved for serious dramas that boast blockbuster-size battles (Game of Thrones) or complicated male antiheroes (The Sopranos, Mad Men, Breaking Bad). Yet if we’re really digging into the criteria for a top-quality series—compelling narrative, complex characters, creative riskiness, story consistency—then The Good Place routinely tops the list (despite a slightly less solid third season thus far). And now, after all the dazzling reboots of its charming characters’ lives, it has become quite clear that it shares the same DNA as another beloved NBC sitcom: Community.

The real connection between the two shows lies in their willingness to upend conventional storytelling in favor of wild structure and zany delivery. They’re like two abstract Jackson Pollock paintings hanging on a wall of Norman Rockwells. The formulas behind Cheers and Friends are timeless, but Community and The Good Place are operating on different spectrums entirely. Both are high-concept and endlessly surprising, totally unafraid to burn everything down every few episodes and rebuild themselves into something completely different, but still somehow familiar.

The Good Place first presented itself as a half-hour, fish-out-of- comedy about Eleanor Shellstrop (Kristen Bell), an Arizona dirtbag hoping to avoid detection after accidentally being sent to Heaven following a lifetime of misdeeds. But creator Michael Schur (The Office, Parks & Recreation, Brooklyn Nine-Nine) quickly proved that the show would be much more as it meditated on ethical philosophy while delivering a steady stream of delectably cheap food puns (“I’m quite partial to “Biscotti Pippen”). It was hardly your standard sitcom.

Then came the late-in-the-game twist that no one could have predicted, in which Schur and his team rewrote the entire show, and the audience’s understanding of it, for the better. The result was some mad-dash plot-chasing that continued to up the ante and reinvent the series on the fly. Like any great innovator, The Good Place has little concern for what worked in the past. Its beautiful chaos has kept its audience guessing and engaged—a rare feat in an age of paint-by-numbers storytelling and grating misdirection (hello, Westworld!).

You can see the same bold risk-taking in Community, albeit in a different form. No other sitcom has ever been more willing to gamble on ambitiously cerebral plots, meta-humor, pop-culture references and parodies. What other network offering have you seen throw out its usual setup for an episode rendered entirely in stop-motion animation (Season 2’s “Abed’s Uncontrollable Christmas”)? How often do commercial sitcoms opt to visit alternate time lines within the same story (Season 3’s “Remedial Chaos Theory”)? And could you ever picture The Goldbergs—which is great, by the way—turning itself into a video game (Season 3’s “Digital Estate Planning”)?

UPDATE: The Goldbergs’ creator Adam Goldberg has rightfully corrected me that a video game episode is indeed in the works. Shows how much I know.

Read your article @Great_katzby! Agree, the Good Place rivals Community. I saw you cited us being straight ahead, but I do movie homages, meta jokes, resurrected Freddy and Dark Helmet! I'm no joke making the video game ep you said we'd never do! Hope u give us a shot and watch!

The humor and style of Community was a bit niche (which helps explain its perpetually low ratings), yet it remained deep-rooted. The running gags could come off as impenetrable inside jokes to outsiders but comedy gold to Community die-hards. Experimental, self-referential, geeky and, above all, audacious, it was never a hit because it wasn’t designed for mass audiences. It was instead constructed to break molds with creative outbursts that mined new territory for laughs (there’s a reason creator Dan Harmon went on to co-create the darkly satirical and over-the-top cult sensation Rick and Morty).

The Good Place and Community call for repeat viewings for different reasons: You rewatch the former to catch any clues that hinted at the Keyser Söze–esque truth of it all, and you revisit the latter for the whiplash pop-culture know-how you might have missed the first time around. Modern Family and How I Met Your Mother are great within their specific lanes; at their best, they perfect our understanding of why certain sitcom narratives always work. But they don’t play out like these two offbeat shows, which are more like theater, with each episode providing a unique and lively variation of the unpredictable.

Ultimately, both series have routinely left viewers with one simple thought: Holy forking shirt balls, that was good. 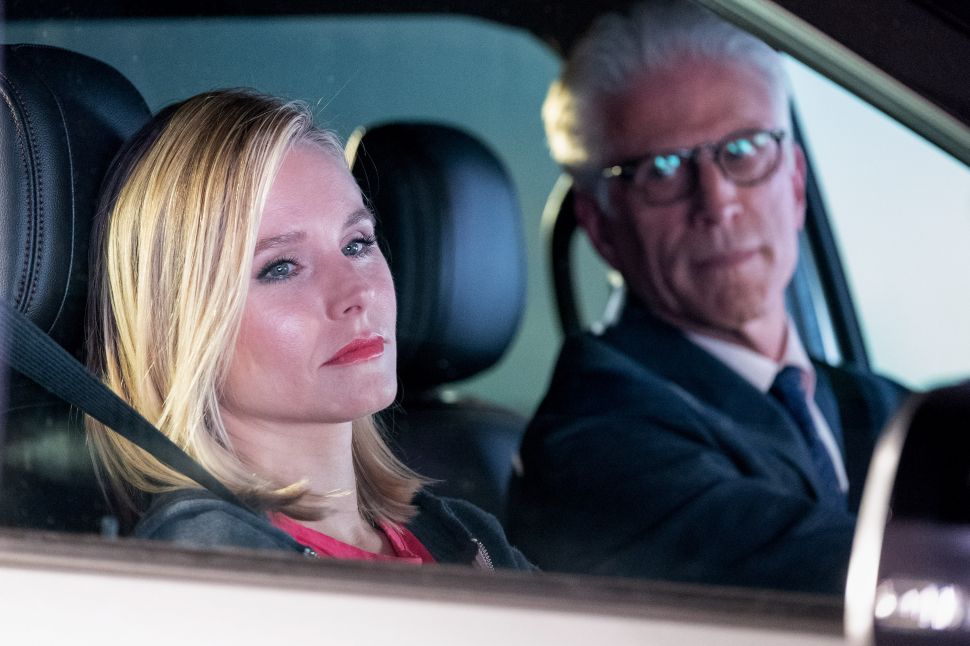