The Mercy is a doomed adventure yarn, albeit true, starring Colin Firth as amateur British sailor Donald Crowhurst, who entered a race sponsored by The Sunday Times of London in 1968, hell-bent on becoming the first man to sail around the world single-handed. He designed his own 35-foot trimaran, and the mistakes were so obvious from the start that his departure was delayed beyond hope of winning, but he needed the prize money to save his family business, so he persisted. A family man from the pastoral countryside in Devon with no experience, he embarked on what seemed like a fool’s errand and the results were tragic. The film is as disappointing as his fate, but it’s worth watching for the rugged, nerve-wracking performance by Colin Firth.

The details of a misguided Atlantic crossing are vividly documented by director James Marsh (The Theory of Everything). You feel the harrowing loneliness, isolation and terror when Crowhurst’s vessel veers hundreds of miles off course, he ends up in Argentina, and is forced to start all over again to get home.

But Marsh also splits the anxiety between the drama at sea and the white-knuckle anxiety at home experienced by the wife (Rachel Weisz) and three kids Crowhurst left behind who supported him in his folly. If he was played by anyone other than the great, mesmerizing Colin Firth, there would be a gnawing suspicion that Crowhurst was less than a noble hero as his feelings of torture and guilt escalated for leaving his family neglected and in financial ruin while he sailed into a bleak and unforgiving horizon.

The actors are first-rate from start to finish, including David Thewlis as the journalist-turned-publicist who turned Crowhurst’s sad saga into front-page news. But it is to Colin Firth’s credit that he manages to turn a reckless, selfish fool into a sympathetic dreamer who guarantees audience compassion.

The problem with The Mercy (which is not the name of the sailboat) is that the vessel was eventually found in the Sargasso Sea with diary entries and log books that were later proven to be fakes, but no captain. This does not make for a happy ending or a movie that makes much of a point. It all seems doomed from the start—and never in the same throat-gripping class with such fateful horrors-at-sea epics as Adrift or Robert Redford’s All is Lost. We never know what happened to the real Donald Crowhurst, but if there was ever a time that warranted a cry of “Movie overboard!”, this is it. 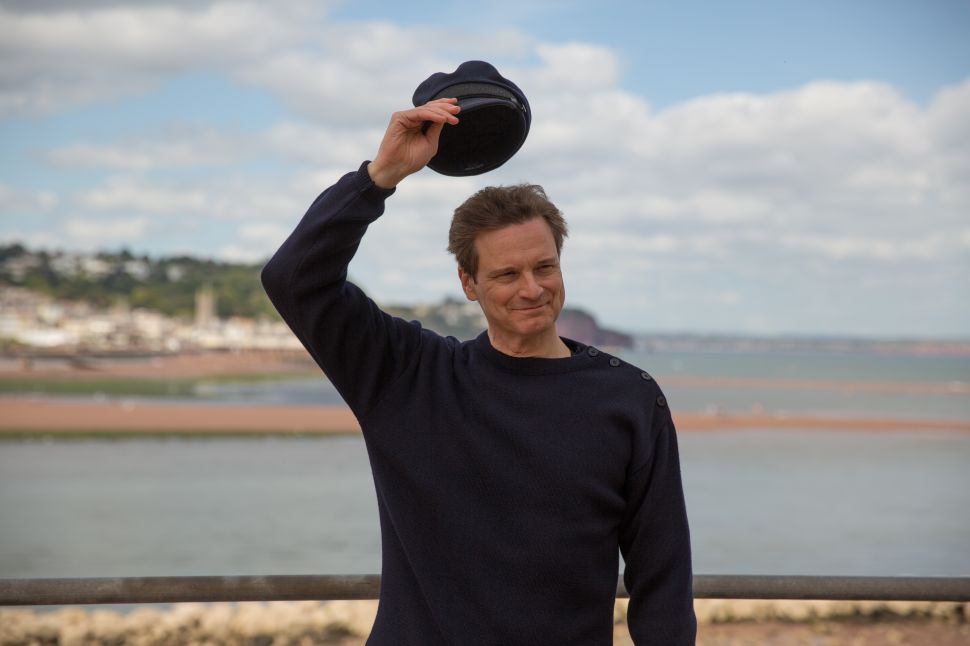