“In return for bestowing his grace on America’s two richest cities, Jeff Bezos, who is the world’s richest man, will receive more than two billion dollars in subsidies from you, the taxpayer,” Carlson said on Tuesday night.

Amazon is a billion-dollar company. The idea that it will receive hundreds of millions of dollars in tax breaks at a time when our subway is crumbling and our communities need MORE investment, not less, is extremely concerning to residents here.

“I hate to admit it, but Alexandria Ocasio-Cortez has a very good point,” Carlson continued. “It’s hard to argue with the internal logic of her point, the richest man in the world just got $2 billion in taxpayer subsidies. How does that work?”

After months of speculation and bids from competing cities, Amazon announced on Tuesday its decision to split its newest headquarters between Long Island City in New York and Crystal City in Virginia—sparking fury over what many see as investing too heavily in booming regions with a lack of affordable housing.

“Having lived here for a long time, the last thing we need is more money in Washington. It’s rich enough,” said Carlson. “Why wouldn’t Amazon, subsidized by taxpayers, spread the wealth maybe to Detroit?”

“A huge number of Amazon workers are so poorly paid, they qualify for federal welfare benefits,” said Carlson in August. “Jeff Bezos isn’t paying his workers enough to eat, so you made up the difference in your tax dollars.”

“On this question, Bernie is right,” continued the conservative.

But not all right-wing media personalities on Lachlan Murduch’s payroll are on board with progressive populism. On Wednesday morning, Fox News contributor Stuart Varney called Ocasio-Cortez a “young lady [who] does not understand growth.”

“You’ve got to put money in, to get money out,” said Varney in defense of Amazon. 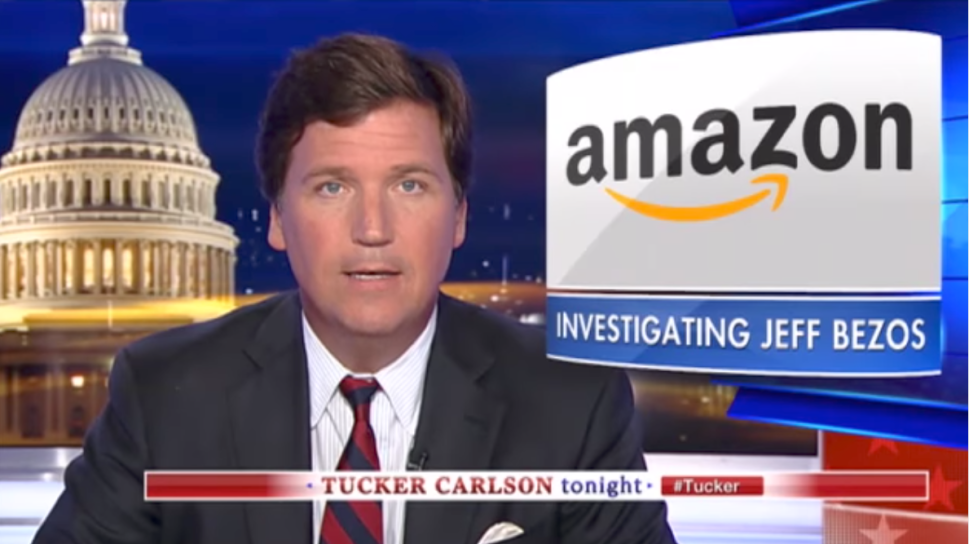