The seventh season of Vanderpump Rules, Bravo’s reality-series masterpiece about a cluster of former restaurant staffers living and loving in Los Angeles, is finally, finally returning to television on December 3. We even have a trailer to hold us over!

Describing Vanderpump Rules to someone who’s never seen it is difficult because the premise sounds boring (“Hi, it’s a show about the wait staff!”) and one really can’t recount the innumerable squabbles and petty disputes that surface in this core group of friends without sounding like a Reddit conspiracy theorist on nitrous.

But we’ll try to bring you up to speed: At the end of Season 6, notorious bartender-slash-dirtbag Jax Taylor (real name: Jason) had decided to renounce his old ways (see: manipulating everyone within an inch of their lives and flagrantly cheating on his cute girlfriend, Brittany), move to Florida and work for a hockey team. Best friends Tom Sandoval and Tom Schwartz were still in the process of opening a new bar, TomTom, with grande dame Lisa Vanderpump. Lala, James and Kristen were busy being the three most chaotic hot people ever captured on camera.

So, what’s in store for Season 7? Let’s unpack!

It’s no secret that Jax and Brittany got back together after the end of Season 6. Not only that, they got engaged. Obviously, Jax decided not to move to Florida after all. PUMP and SUR, the restaurants where Taylor and the rest of the gang made names for themselves, are a purgatory from which they can never escape.

Given the fact that Jax is a serial cheater, a sociopathic liar and a petty thief who once went to jail for stealing a pair of sunglasses while he was on vacation, the chances of his marriage working out seem slim indeed. But in the trailer, which opens with Jax and Brittany’s engagement party, the glow of impending matrimony is still on everyone’s cheeks, at least for the time being. Because as we know, peace never lasts long in the Vanderpump Cinematic Universe.

Smash cut to a fight! One of the best things about Vanderpump Rules is its editing, which is brilliant. The producers don’t transition between scenes—they dump you into a hilariously hellish new reality. “Do not ever bring up my dad, you Bambi-eyed bitch!” Lala screams at James’ girlfriend, Raquel, and we’re still reeling from how good a burn this is. James is a DJ, by the way. In case you were wondering.

But that’s not all! Tom Sandoval is furious with his girlfriend, Ariana, and he’s wearing an insane white fedora. “You’ve been in a relationship with a girl before,” he huffs, incensed (it’s worth mentioning that not even 30 seconds have elapsed in the trailer at that point). “That is not your business to tell,” she responds. Yes! We stan a bisexual with healthy boundaries!

Katie and Tom Schwartz are still fighting, but they’ve always been fighting. Can you guess what Stassi Schroeder and her new boyfriend, Beau, are doing? Did you guess fighting? Great job! “It’s like you dick-punched my heart,” Beau says. That must be one tough dick, Beau!

If this little teaser didn’t convince you that this is the greatest show on the air right now, there’s no help for you. 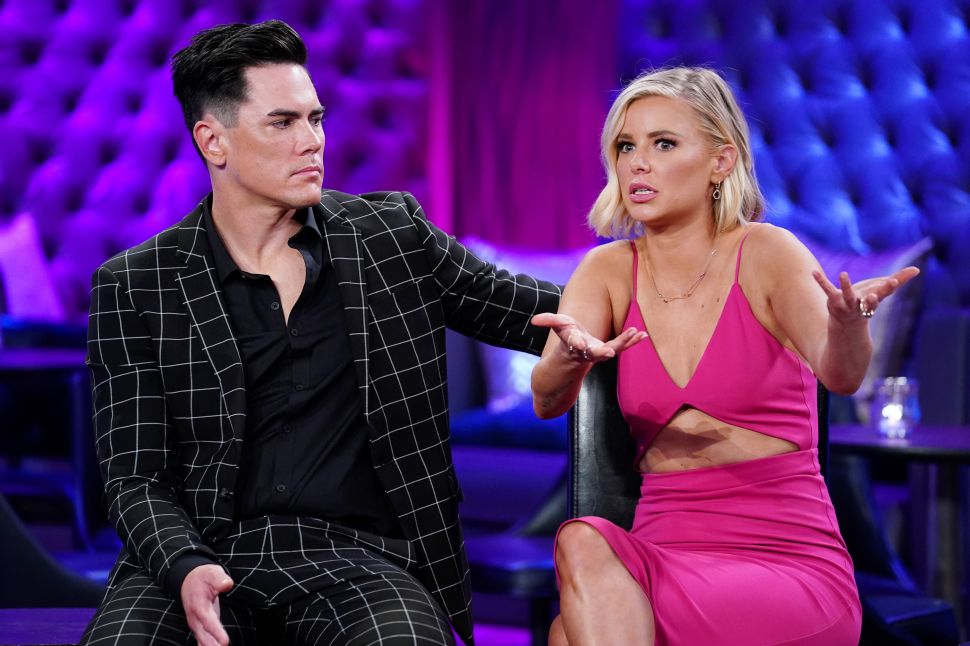