When so many movies today use noise and action to distract from the fact that nothing is going on in the way of plot and character development, it’s usually a treat to find a film with subtlety and nuance. But a little understatement can go a long way. Unfortunately that’s all there is to a weak, ponderous little character study aptly entitled Weightless. It should have been called Pointless.

The nicest thing that can be said about this demure little Canadian trifle is that it’s a film that finally gives the gifted, self-assured and sadly underrated Alessandro Nivola a leading role. Anyone lucky enough to have seen him securely hold up his corner of the Broadway stage opposite Bradley Cooper and Patricia Clarkson in the acclaimed revival of The Elephant Man can attest to the fact that he’s a strong actor with skill and magnetism to spare. But the movies have overlooked him in minor roles of no consequence. It was my hope that this oversight would change with Weightless. He doesn’t disappoint, but the film is so slow and benign that even though he’s the best thing in it, it doesn’t much matter. Box office predictions are dismal.

Nivola plays a loser named Joel, whose lack of ambition and blank interest in the world at large strands him in a menial, low-paying job driving a dump truck for the local village landfill. Joel once had a wife, but she was as bored and dull as he was, so she left him. Now he has a new girlfriend named Janeece (a thoroughly wasted Julianne Nicholson) who is warm, caring and wisely cautious, but nice enough to give Joel a pet goldfish. Suddenly Joel is notified that his ex-wife has disappeared, leaving Joel with the responsibility of raising their ten-year-old son Will, a boy he has never seen before.

Will, played by newcomer Eli Haley, is a bigger mess than his father—a troubled, obese, socially withdrawn, slightly mentally challenged diabetic whose depressed reaction to his new, unwelcome environment is to go catatonic. For a while, he says nothing, spending his lonely hours hanging a mobile of empty discarded bottles from the ceiling and staring into space. Will lives in a closed-off world of action heroes and unfulfilled fantasies. The only thing he connects with is the goldfish. Tired of Joel’s inability to commit to any kind of relationship, Janeece deserts him, too, leaving a boy so fat he sleeps in a bathtub and a father so unloved and pathetic his only connection to the outside world is beer and cheese dip. The movie is about the clumsy but allegedly poignant relationship that eventually develops between them. Nothing ever happens and there is no ending. In a final fade, as the county officials arrive to take Will away to a foster home, the dysfunctional father and son just climb into the pickup truck and drive away.

Restrained throughout, Nivola acts and reacts with admirable naturalism in a film whose style is hard to define, although words like vague, muted and boring apply. The director, making his feature-film debut, is Jaron Albertin, who turns out popular Canadian television commercials. Maybe he works better with toothpaste. 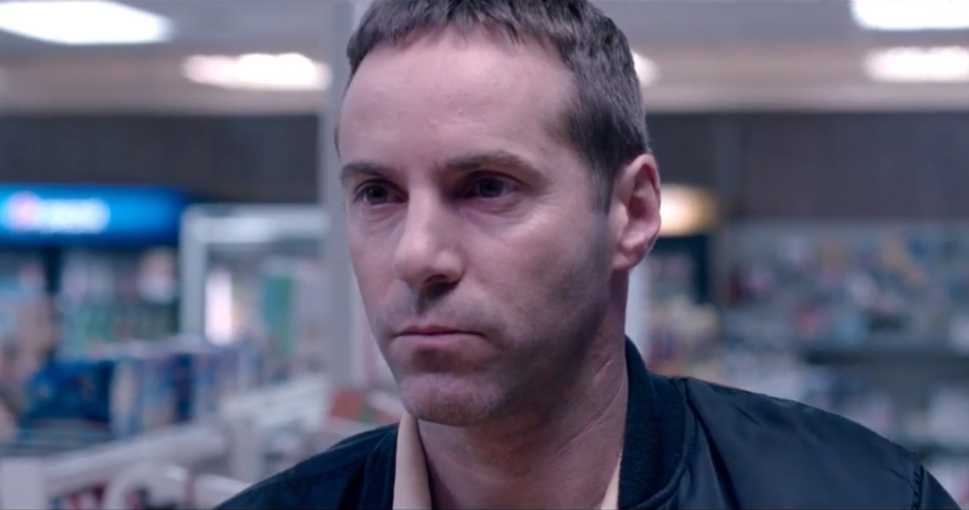