By now, everyone knows we’re not getting a third Sex and the City movie. We’ve all read about the protestations and “demands” from Kim Cattrall (who plays Samantha Jones), and star Sarah Jessica Parker confirmed that it isn’t happening last year. However, some intriguing details about the scrapped project have now come to light, particularly the planned plot point in which Carrie Bradshaw’s husband, Mr. Big (played by Chris Noth), unexpectedly dies.

For a new segment of his Origins podcast, host James Andrew Miller interviewed the cast and creators of the series. While doing so, he learned that Sex and the City 3‘s narrative would have focused mostly around how Carrie puts herself back together after the death of her beloved, therefore giving the rest of the iconic central foursome (rounded out by Kristin Davis’ Charlotte and Cynthia Nixon’s Miranda) less to do. This, evidently, is the reason why Cattrall demanded more from the studio than they were ultimately able to give her, which resulted in the next movie in the franchise getting nixed.

“People close to Kim believe that the script didn’t have a lot to offer the character of Samantha,” Miller said. “They point to the fact that it calls for Mr. Big to die of a heart attack in the shower, relatively early on in the film, making the remainder of the movie more about how Carrie recovers from Big’s death than about the relationship between the four women.”

Mr. Big and Carrie. This particular couple has probably sparked the kind of debates that would make UN-hardened, internationally experienced diplomats shudder in fear. Do they actually belong together, or have they simply fallen into each other’s arms one too many times to give up the ghost?

What’s indisputable about the original HBO show is that whether or not you believe Carrie and Mr. Big are truly in love, you can’t deny that much of the series revolves around the pair’s will-they-or-won’t-they-commit story line. Carrie loves Big, but she can’t keep him—until, suddenly, in its finale, it appears she can.

It seems they finally get a happy ending (though it’s put into question in the first SATC film and then again in the second, pretty abysmal one), but let’s be real: Carrie becomes a monster to reel in her Big fish.

Perhaps no one is more articulate on this subject than The New Yorker‘s Emily Nussbaum. “A man practically woven out of red flags, Big wasn’t there to rescue Carrie; instead, his ‘great love’ was a slow poisoning,” Nussbaum writes. “[Carrie] spun out, becoming anxious, obsessive, and, despite her charm, wildly self-centered—in her own words, ‘the frightening woman whose fear ate her sanity.'”

Big and Carrie might have gotten married in the first feature film (though barely), but that doesn’t mean either one of them ever really grew up. Carrie remained in thrall to her mesmerizing husband, and Big remained less a human being and more the embodiment of old-school Manhattan: impressive, imposing and pretty impersonal.

His death, therefore, may have been the only way for Carrie to actually be free. To be clear, Big isn’t an evil person who deserves to be wiped off the earth. Like so many others, he’s simply a man who has no way to fathom the damage he’s inflicted on the woman who loves him.

Just imagine a Carrie Bradshaw unencumbered by Big’s serpentine hold. Perhaps she would have written novels (or TV screenplays!), or, with her newfound perspective, finally gotten herself out of her debilitating, designer shoe–inflicted debt because, really, are three closets filled with Manolos ever gonna bring back your dead spouse? She could have developed into a woman whose life wasn’t defined by the search for that One True Love.

For his part, Noth has a fascinating take on his character.

“I really hate corny stuff and it could be because I’m a little bit of a cynic,” Noth told Miller. “Like, the whole thing at the end of the movie in the shoe closet—hated it,” Noth said in reference to the climax of the first Sex and the City film. “Hated the thing at the end of the movie after I felt she deceived me and then I say, ‘Well, it’s time I give you a bigger diamond ring.’ Hated it. I just hate the cornball shit, and I thought it was just really sentimental and overly romantic without any feet in realism.”

When a loved one passes without warning, no words can describe the devastation that grief thrusts upon your life—that is realism. Carrie always thought she’d “lost” Big to any number of things: another woman, a job in Paris, the restrictions of his own selfish character. But we can’t help but wonder: What would happen to Carrie if Big was actually gone, never to return? What kind of core-shaking transformation would she be forced to undergo, for better or for worse?

Perhaps the saddest thing about the third Sex and the City movie getting shelved is that we’ll never get to find that out. 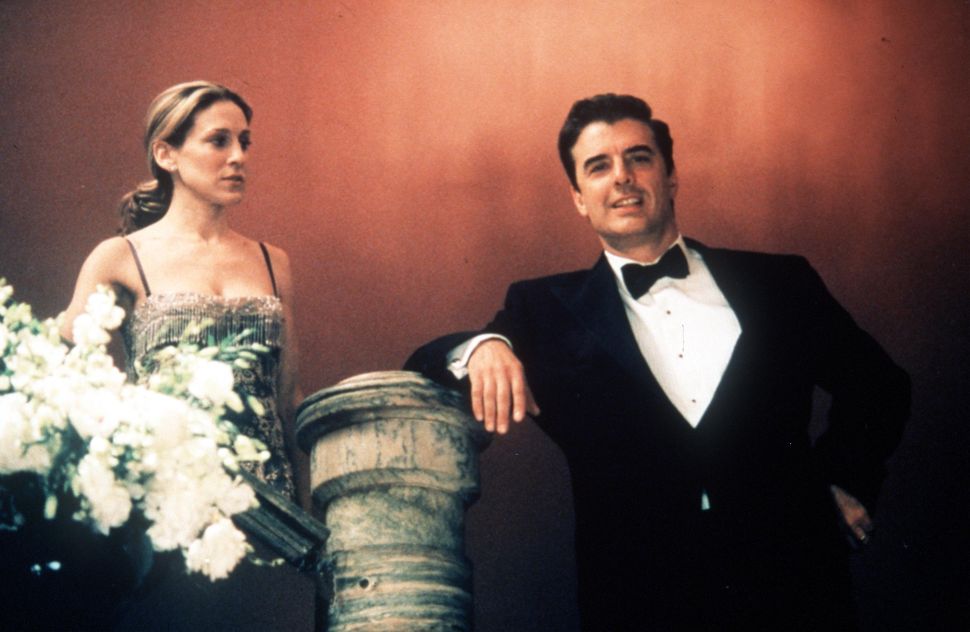