On Thursday night, two-time Oscar-winning screenwriter William Goldman passed away at the age of 87. The legendary scribe was responsible for legendary scripts such as All The President’s Men and Butch Cassidy and the Sundance Kid, films that shaped the way Hollywood told stories for decades. But for many, Goldman’s magnum opus is and always will be the delightful postmodern fairy tale, The Princess Bride.

Released in 1987, The Princess Bride was a modest box-office success but would soon grow into a cult classic that has endured the test of time through multiple generations. By now, we all know the ins and outs of the story: A caring grandfather (Peter Falk) reads a bedtime story to his sick grandson (Fred Savage) about the gorgeous princess Buttercup (Robin Wright) and Westley (Cary Elwes), the farm boy she falls for. As is customary in fairy tales, however, the course of true love doesn’t run smooth, as Buttercup is kidnapped by an evil prince and Westley is seemingly killed, setting up a swashbuckling adventure brimming with heart and humor.

Cleverly, Goldman—who also wrote the 1973 novel of the same name—constructs The Princess Bride to simultaneously work on two planes. Young audiences have always been drawn to the movie’s thrilling swordplay and magical fantasy elements, but in a formula that would later be adopted by Pixar, The Princess Bride‘s humor and themes also play exceptionally well to adults. It’s a good movie in and of itself, but it’s made better for adults by its sly satire of the genre it embraces.

Eminently quotable at the time of its release and endlessly GIF-able to the millennials who love it today, The Princess Bride is a quest film filled with some of the most memorable characters and cameos in cinematic history (Billy Crystal explaining the difference between dead and mostly dead is pure gold, alone). The word iconic is thrown around all too easily these days, but Wallace Shawn’s Vizzini, André the Giant’s Fezzik and Mandy Patinkin’s Inigo Montoya remain pop culture mainstays more than three decades on.

Over the years, The Princess Bride has earned its rightful place among Hollywood’s elite. Both in 2006 and 2013, Goldman’s screenplay was voted among the top 100 best scripts of all time by the Writers Guild of America. The American Film Institute has ranked it in the top 100 of several all-time categories, including love stories, comedies, movie quotes and fantasy films. We’re in the midst of an overwhelming reboot culture, but Goldman’s tale is the only movie that we think actually merits a prequel and its own Broadway musical. What, so Pretty Woman can get a stage adaptation but this fantastical classic can’t? Talk about inconceivable!

There’s an endearing sweetness to the movie, and an enchanting momentum that will sweep up the most cynical viewer. Hell, even Savage’s bratty kid came around by the end (despite the story’s kissing). Goldman didn’t just help deliver an excellent film—he built a bridge between parents and their children, humanizing heroic fantasies and making us all believe we too could be the Dread Pirate Roberts or a giant with a heart of, well, maybe not gold but at least silver.

Rob Reiner, the film’s director, paid tribute to the late scribe with a story that struck at the truth of his brevity and wit.

Losing Bill Goldman made me cry. My favorite book of all time is The Princess Bride. I was honored he allowed me to make it into a movie. I visited with him last Saturday. He was very weak but his mind still had the Goldman edge. I told him I loved him. He smiled & said fuck you.

“I’ll tell you the truth and it’s up to you to live with it,” Goldman wrote in the original novel. Well, the truth is that The Princess Bride transcends genre and era, and we’re all damn lucky to have it. Thank you for such a wonderful gift, Bill. 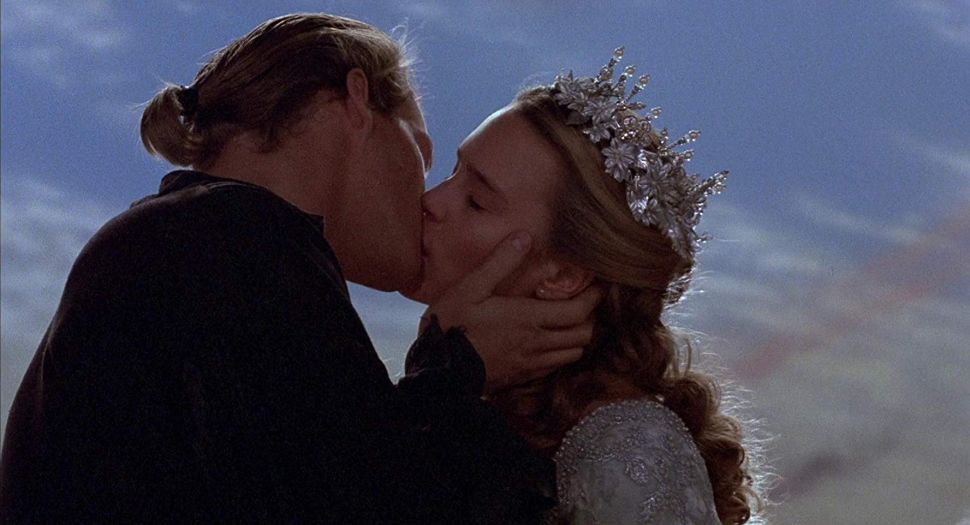