Nearly every political pundit in America has an opinion about what will happen in the 2020 election; just about every tracking poll in the U.S. can tell you what Donald Trump’s national approval rating is, to a hundredth of a point. But as we learned in 2016, it’s really up to the Electoral College to choose the winner. And this column has real answers—based on state approval ratings and the outcome of the 2018 midterms—we can predict what would happen to Team Trump if the election was held today.

Few have tackled this topic. A notable exception is Bill Scher of POLITICO and Real Clear Politics. Recently, he tweeted a map projecting what the 2020 Electoral College vote may look like based on data from the 2018 House of Representatives popular vote. Democrats should like this measurement, given how well the party did in the vote for the lower house of the legislature.

If the 2020 Electoral College matches the 2018 House popular vote, it will look like this pic.twitter.com/jJpnPKftqf

Sure enough, Scher’s map keeps all of the Hillary Clinton states from the 2016 election in the Democratic Party camp. But thanks to a strong showing in those congressional races, his projection has several Trump states defecting to Democratic candidates: Arizona, Iowa, Wisconsin, Michigan and Pennsylvania. It’s enough to tip the balance of power leftward, and away from the right. This “House vote” model has Democrats winning the Electoral College in 2020 by a score of 296 to 242.

Republicans are sure to cry foul at this method and claim that we should look at the Senate votes and gubernatorial contests for a more realistic picture. But not all Senate seats were up for election, neither were all 50 governorships.

Still, there’s a problem or two with Scher’s logic: so many districts are gerrymandered for Democrats and Republicans that the voting margins are pretty lopsided. More than 95 percent of incumbents typically win reelection. Senate incumbents typically win their elections by a margin of victory of 22 percentage points, while House incumbents tend to win their contests against opponents by a whopping 35 point margin of victory! So we shouldn’t automatically assume that the House vote is the best predictor of party preferences by the average voter, who may have never heard of the incumbent’s opponent. And what about all of those unopposed contests, or races where a Green Party or Libertarian opponent is the only other name on the ballot? Simply relying on one measure, and one with some flawed mechanics, is not the best way to predict what will happen in two years.

While Republicans were on the ballot in 2018, Trump was not. That enthusiasm that the president generates from his base just may not have transferred over to some House Republicans, not just in New York, New Jersey and California, but also in swing states, as well as in the Midwest, South and West. Wouldn’t it be better to see how Trump is doing state-by-state?

To determine this, I looked at Gallup’s polling model for presidential approval ratings from each state for the most recent 2018 poll, comparing the president’s approval rating with his disapproval rating.  That way, Trump is on the ballot, and it captures his voter base energy. Doing so improves the president’s prospects a bit. Arizona returns to the GOP fold, by this measure, but Utah surprisingly drops out of the Republican column. Now, we understand Rep. Mia Love’s loss to Ben McAdams a little better. However, no other state changes sides. Using this measure with Gallup polls, by each state, gives Democrats a closer win, 291-247.

Republicans are sure to ask about all of those polls within the one to two percent confidence interval. Only one state (Utah) is in this measure for Democrats (-2 for Trump in approval-to-disapproval). Republicans, on the other hand, have to worry about Arizona (+1 Trump), Ohio (+1), Georgia (+3), Florida (+3), North Carolina (+3). Among Clinton states, only Virginia (-4 against Trump) is even close to this territory. Most of these states favoring Democrats are doing so by seven points to double-digits, so Trump has his work cut out for him over the next two years.

If there is some good news for the president, it’s that we don’t know who Trump’s 2020 opponent will be. Sure, Trump’s numbers aren’t great, but neither were President George W. Bush’s ratings after the Iraq War, leading up to the 2004 election.  Bush had approval ratings lower than 50 percent, often a little lower than his disapproval rating. Democrats nominated John Kerry and John Edwards, who managed to have favorability ratings just lower than Bush and Vice President Dick Cheney. This enabled Bush to narrowly win his reelection bid in 2004.

And there’s more to speculate about than just who Trump’s opponent will be. Will a disgruntled Vermont Senator Bernie Sanders, denied the nomination, launch a third party Socialist bid? Will Green Party defections from the Democrats hand the president another term? Will Kentucky Senator Rand Paul win enough votes as a Libertarian Party nominee to keep Republicans out of the White House? What if some Centrist Party emerges should Democrats pick someone too liberal. And what about a primary challenge by Jeff Flake, John Kasich or Ben Sasse? Democrats could certainly overplay their hand, wasting their opportunity to lead by bogging things down with an avalanche of subpoenas and impeachment talk.

But the results show that Democrats currently have the advantage leading into the 2020 election. Whether you look at House votes or Trump’s approval ratings, both by state, the Democratic Party holds the Electoral College advantage. Of course, whether or not they can actually keep it for the next two years remains to be seen. 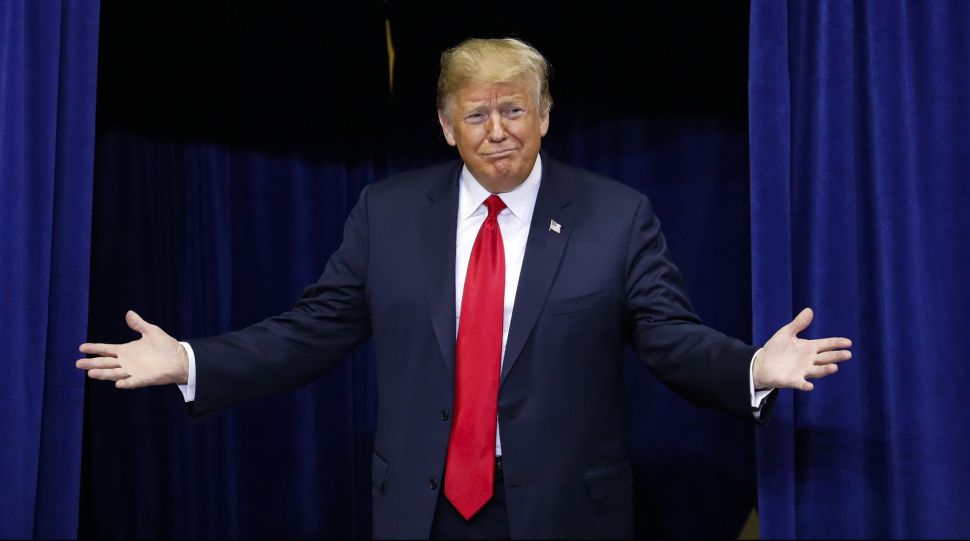