Congressional sensation Alexandria Ocasio-Cortez channeled her inner Donald Trump on Tuesday with a flurry of attacks against Washingtonian bible Politico.

“One disappointment about DC is the gossip that masquerades as ‘reporting,'” tweeted the incoming congresswoman above one of the publication’s stories about her. “My dad had a name for junk articles like this: ‘Birdcage lining.'”

The story in question involves a primary campaign Ocasio-Cortez is reportedly leading against Congressman Hakeem Jeffries (D-N.Y.) in favor of a more progressive candidate.

“A person who has discussed the project with Ocasio-Cortez and her team said the congresswoman-elect has recruited an African-American woman to challenge Jeffries, who was just elected to replace [Joe] Crowley as caucus chairman—the No. 5 House Democratic leadership position,” wrote reporter Laura Barrón-López.

One disappointment about DC is the gossip that masquerades as “reporting.”

This story has:
– Not a SINGLE named or verifiable source
– Only ONE on-the-record comment, which is a denial.

My dad had a name for junk articles like this:
“Birdcage lining.”
https://t.co/kIBMM2eiWb

Responding to the attacks, a Politico spokesperson told The Wrap the publication stands by its reporting.

“Congresswoman-elect Alexandria Ocasio-Cortez does not specify in her tweet what she believes is incorrect with the piece, nor has she or anyone from her staff reached out to our team for a correction,” said Politico.

Cries of “false information” seem to mirror the president’s signature catchphrase attack: “fake news.” Trump himself regularly derides media outlets for their reliance on anonymous sources, prompting journalists to accuse those in power of attacking the press for political purposes.

When you see “anonymous source,” stop reading the story, it is fiction!

“Anonymous Sources are really starting to BURN the media.” @FoxNews The fact is that many anonymous sources don’t even exist. They are fiction made up by the Fake News reporters. Look at the lie that Fake CNN is now in. They got caught red handed! Enemy of the People!

Ocasio-Cortez’s treatment of the media in her brief political career has Trumpist overtones: After winning New York’s Democratic primaries, she barred two reporters from two town hall meetings, saying the move was “designed to protect” her constituents. 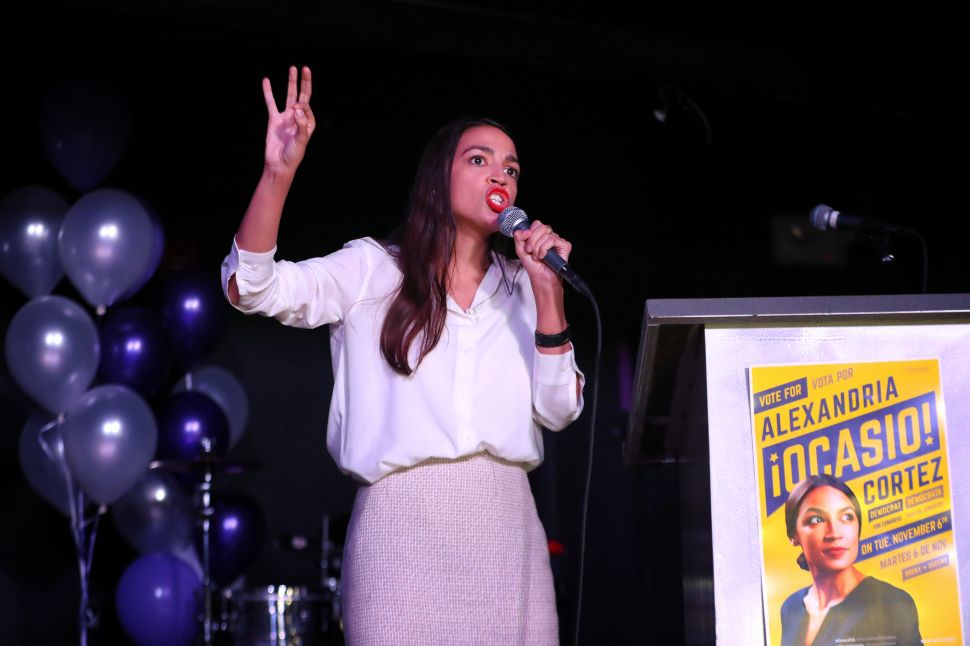