Warner Bros.’ Aquaman, the latest entry in DC Films’ up-in-the-air shared cinematic universe, is incredibly dumb, but a lot of fun. What its story lacks in nuance and originality it makes up for with bombast and groundbreaking visual feasts. Narratively, it follows every clichéd trope in the book, but the film is saved by a raucous third act and breathtaking (literally, as it’s set underwater) spectacle.

Credit must go to director James Wan for creating such an amazing world—it resembles a subterranean version of Avatar (and is similarly primed for an impressive box office run). But if Jason Momoa’s titular protagonist and Nicole Kidman’s Queen Atlanna are enjoyable characters to latch onto, don’t sleep on Patrick Wilson’s King Orm.

Many of Aquaman‘s best scenes involve the fraternal drama between Momoa’s Arthur and Wilson’s Orm, not to mention the latter’s exhilarating all-out assault on rival sea kingdoms is very cool. As the head of a sub-surface army, Wilson’s antagonist is the main supplier of the film’s conflict. It’s a vast departure from the actor’s previous superhero work—he played the mild-mannered good guy, Night Owl, in Zack Snyder’s 2009 Watchmen.

Nearly 10 years after his first caped experience, Wilson reflected on the wildly different physical demands placed upon him for each role in an interview with Vulture.

“Every movie I’ve done, superhero or not, has been a departure from the last,” Wilson said. “…But, yeah, the thing about Watchmen was that there wasn’t so much green-screen work. Technically and physically, Aquaman was much more involved and demanding. For Watchmen, I was eating everything in sight because the character’s supposed to be out of shape and have a gut. I knew when I squeezed into the costume, it’d do some of the work, but I had to have the belly there. This was a different story, though. I had to gain about the same amount of weight, only in muscle, so this had to be done through the gym and nutrition. Not quite the same experience!”

He continued: “To be fair, I didn’t know what I would need for the Aquaman costume. They’re built to shape shoulders, they have built-in abs. But Jason’s got all these shirtless scenes, and even though I didn’t know how much time I’d be spending with my shirt off, I didn’t want anyone watching the movie to wonder, Hmm, why are those two guys evenly matched? I had to be the biggest, most fit version of myself. That’s what he is in the comic; he’s not one of the skinny, intellectual-type villains. He’s supposed to be badass.”

We can confirm with full authority: King Orm is indeed a physically imposing badass with whom we’d never want to mess. Well done, Wilson. 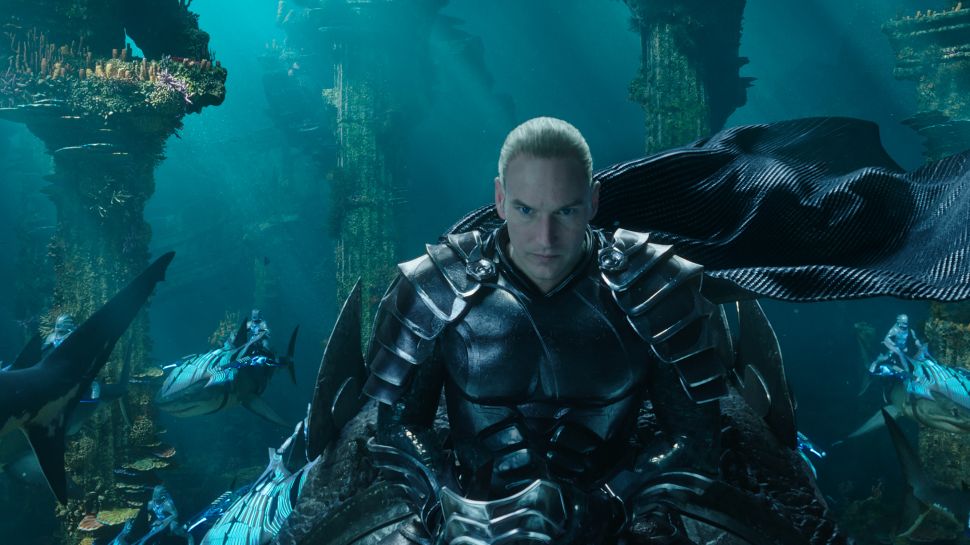