There’s an air of quiet vengeance to Ariana Grande’s recent music that reminds me, somehow, of the speech delivered by Andrew Garfield’s Eduardo Saverin in the fantastic 2010 Facebook origin story The Social Network.

When Saverin finds out his friend and partner Mark Zuckerberg (Jesse Eisenberg) tricked him into signing an agreement that both banishes him from the business and leaves him financially shafted, he’s incandescent with righteous fury. “You better lawyer up, asshole,” Saverin whispers with palpable conviction, “because I’m not coming back for 30 percent. I’m coming back for everything.”

Coming back for everything may be Grande’s goal, too, because after enduring unimaginable tragedies and a breakup, modifying her artistic vision for controlling record executives no longer seems to be on the table. She’s going to do what she wants to do, and in her own special way, she’s out to humble anyone who’s ever dared question her musical prowess.

Her response to men who’ve doubted her skills in the studio? “I’ve politely walked out of sessions before,” Grande told Billboard, which just named her its Woman of the Year. “It has happened. I’m a small girl. People tend to underestimate that. And then I sit down and comp my own vocals and can produce my own session, and they’re like, ‘Oh, I didn’t know you could do that.’ I’m like, ‘Believe it or not, there are plenty of tiny women that can do this.’”

An obsessive in the recording booth, Grande, who just released the music video for her latest single, “Thank U, Next, is a savvy perfectionist who refuses to be condescended to. The restrictions of sexism have always caused her frustration.

Grande says that audiences are still “unable to accept the fact that women are a million things, and not just two. You can be adorable and brilliant. You can be friendly and silly, and yet strong and indestructible. You can be professional and present and also sexual and fun.”

Ultimately, 2018 is the year Grande finally matured into the kind of pop artist who is not just here to “play the game.” With her most recent album, the experimental and buoyant Sweetener, she proved that she not only has impressive pipes, but a rock-solid vision and a knack for enlisting the right collaborators. These days, she’s much less interested in compromising.

“My dream has always been to be—obviously not a rapper, but, like, to put out music in the way that a rapper does,” Grande told Billboard. “I feel like there are certain standards that pop women are held to that men aren’t. We have to do the teaser before the single, then do the single, and wait to do the preorder, and radio has to impact before the video, and we have to do the discount on this day, and all this shit. It’s just like, ‘Bruh, I just want to fucking talk to my fans and sing and write music and drop it the way these boys do. Why do they get to make records like that and I don’t?’ So I do and I did and I am, and I will continue to.”

Devoted fans have known for years that Grande had the potential to be counted amongst the great, multifaceted male artists who get credit for every aspect of their artistic output and who are frequently lauded as geniuses. To the pop star’s delight, the rest of the world is finally catching on. 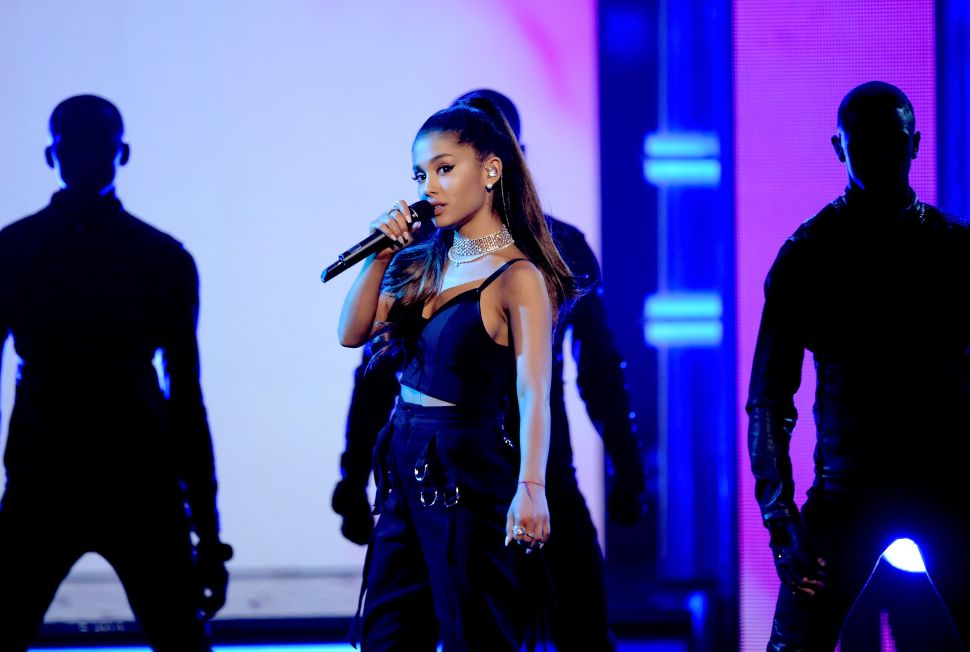