The list of witnesses in the El Chapo trial, now entering its fourth week, has grown to include the Sinaloa Cartel’s biggest supplier, the infamous Colombian drug trafficker Juan Carlos Ramírez Abadía, who took the stand to testify against his former business partner. Better known as Chupeta, or lollipop, the shadowy former head of the North Valley Cartel went through a Desperate Housewives amount of plastic surgery to change his face and evade authorities before his capture in 2007.

Chupeta was Chapo’s main source of cocaine, and also the mastermind of an extensive distribution network in Los Angeles, Chicago and New York, where he estimated 90 percent of his product wound up.

Wearing fleece gloves and a coat—because of a “medical condition” related to his prostate—Chupeta divulged roughly twenty years of cartel secrets over two days of testimony, providing details about an operation that moved half a million kilos of cocaine in the US alone. For a 40 percent cut, he said Chapo and his colleagues were responsible for smuggling his product across the border from Mexico to Los Angeles, where they handed it back to Chupeta’s distributors, who used tractor trailers, campers, small cars and even airplanes to get the drugs across the country. He used Chapo “because he was the best and he was the quickest,” Chupeta said.

At its peak, Chupeta’s operation in Columbia was sending 12 to 14 planes a night to Mexico. For his part in the smuggling chain, El Chapo is said to have made an estimated $640 million.

On the stand, Chupeto described corruption on a massive scale that allowed him to do business, including a $500,000 contribution to the campaign of the eventual Colombian president Ernesto Samper, and DEA agents he supplied with prostitutes, gifts and apartments. At one point, he said his influence stretched so deep into the Colombian system, he was able to make every record of his existence disappear, right down to his fingerprints. When, in 1996, he pretended to cooperate with the Colombian government and turned himself in, he was sentenced to 24 years, but only served four years and two months.

“Because of corruption, I had complete control of the prison,” he said.

But it was Chupeto’s track record as a mass murderer that had the courtroom in Brooklyn riveted this week. Over the course of his career, Chupeto ordered at least a 150 murders—a body count higher than Dahmer, Bundy and Gacy’s combined—and he casually took responsibility for all of them as attorneys listed payments documented in ledgers to his sicarios, or hitmen, for assassinations. With his surgically altered face all but emotionless, Chupeta spoke clearly and calmly, repeatedly saying “correcto,” as he was asked about each order.

Among the killings discussed were two female Colombian government agents who were executed on a highway for taking action against the cartel, a drunkard attorney who had allegedly spread information, seven or eight people who attempted to kidnap his son, a woman in charge of running a stash house in the United States who was skimming, and at least one man Chupeta admitted to killing himself, with a bullet to the face.

“Correcto,” he answered again and again, as if he was confirming a take out order. At one point he just gave a thumbs up.

One hit discussed in detail was that of former cartel member turned informant Tocayo, who was lured to a meeting spot where 40 sicarios were waiting to slaughter him and his entourage. If Chupeta felt any remorse during the story—or even the slightest awareness of the irony that he himself was now the informant—he didn’t show it.

“It’s impossible to be a leader of a cartel in Colombia without violence,” Chupeta said. “The two go hand in hand.”

In 2004, after 22,500 kilos of his cocaine was seized on ships by the United States, Chupeto fled to Brazil, where he was eventually found and captured in 2007. He had to forfeit $1 billion, plus a collection of homes, expensive art, watches and a yacht. But even after confessing to ordering at least 150 murders and trafficking billions of dollars worth of narcotics over two decades, he’s never faced more than 30 years in prison. In fact, because of the terms of his extradition to the United States, where he’s been a guest of our federal prison system since 2008, he may serve even less.

He’s hoping his cooperation will get that term bumped down to 25 years, 10 of which he’s already served. 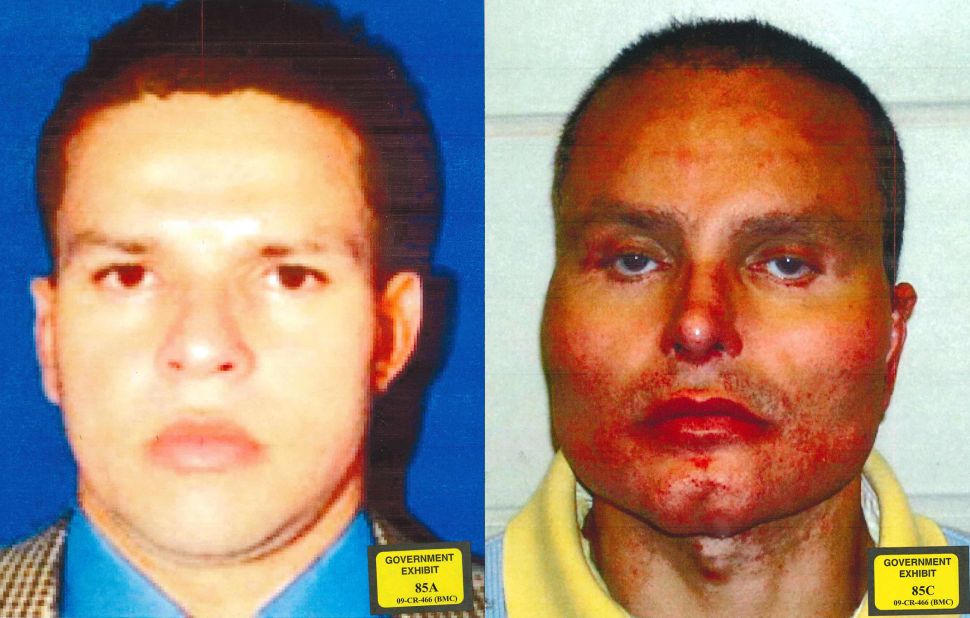