The first trailer for Avengers 4 is almost definitely coming Friday, so everyone can just calm the fork down. While we’re undeniably excited to get our first official look at the Marvel Cinematic Universe capper, we’re also a bit nervous.

Given the unprecedented buildup to the trailer and the fact that the movie is the most anticipated blockbuster of a crowded 2019 season, anything less than spectacular will be a letdown. So with that in mind, here’s what we’re hoping to see from Marvel.

This is obvious, but bears repeating given the immense speculation it has generated. Avengers 4 is not the film’s real name. It’s a placeholder being used to avoid spoilers, according to co-directors Joe Russo and Anthony Russo.

Not even Marvel’s Avengers 4 prelude comic included the official title of the film, which is unheard of. Reports of rumored titles have run the gamut, with everything from Avengers: Annihilation to Avengers: Secret Wars to Avengers: The Last Avenger being thrown out as potentials. Whatever the name of it is, we’re sure to find out in the trailer and can thus begin digging into its deeper meaning. Stay tuned.

Thanks to the evil Snapture, half of all life in the Marvel Cinematic Universe has been blinked out of existence. That includes a handful of our favorite Avengers and Guardians of the Galaxy, though it’s a guarantee that most of these heroes will be returning. There’s too much money to be made for Marvel not to resurrect Chadwick Boseman’s Black Panther, and Tom Holland’s Spider-Man will be starring in a sequel to Homecoming just a few short weeks after Avengers 4 hits theaters.

While we don’t know how exactly these heroes will be brought back (though we’ve devoted an inordinate amount of time to thinking about it), we do know that two central figures remain alive, though far from well: Robert Downey Jr.’s Iron Man and Chris Evans’ Captain America.

You’ll remember that the two characters went through a viscous falling-out in Captain America: Civil War, and although Tony meant to give Cap a call in Infinity War, he never got around to it. The hatchet between these two remains very much unburied, so seeing a reunion between them ranks high on our wishlist. Undoubtedly, their wounds will heal in order to serve the greater good, but the interpersonal dynamics at play here are the culmination of a decade-plus of character development.

When we last saw Tony, Thanos (Josh Brolin) had badly wounded him and he had just witnessed Peter Parker and his fellow heroes turn to dust before his eyes. As for Steve Rogers, he was on the ground in Wakanda going toe-to-toe with Thanos (unsuccessfully) when the Snapture occurred.

Neither is in a very good spot psychically or emotionally. So just give us a little tease, Marvel.

In the post-credits scene of Avengers: Infinity War, Nick Fury (Samuel L. Jackson) calls Captain Marvel (Brie Larson) for help. On Monday, Marvel released the second full-length trailer for March’s Captain Marvel (which we broke down extensively), a prequel story set in the 1990s. MCU head honcho Kevin Feige has said that Larson’s alter ego is the most powerful hero in the whole big-screen franchise.

So how does she link up with the Avengers? At what point in the film does she join the fray? And how, exactly, can she help them battle Thanos? Naturally, Marvel doesn’t want to spoil anything given Captain Marvel‘s looming release. But it would be very satisfying to see the highly hyped new character get in on the action. After all, there’s a good chance Feige views her as a foundational piece of the MCU future after the contracts for the current Avengers expire.

No, Thanos (Josh Brolin) wasn’t “right.” His guiding philosophy of killing half the universe to ensure life’s long-term survival is short-sighted, misguided and steeped in an unacknowledged thirst for power baked into a debilitating God complex. But Thanos was a well-developed character and a compelling nemesis, something the MCU has been lacking overall. After receiving the most screen time of any character in Infinity War, we hope he isn’t sidelined in Avengers 4 so that it can focus on the heroes’ comeback. We want to continue diving into his psyche.

We hope the trailer features Thanos in some meaningful way. What has he been doing since his victory? Does he have any regrets over killing Gamora? Is he capable of change? There’s a lot more territory to mine with this character, and it would be a shame to see him relegated to vanilla villain duty this time around.

Avengers 4 will hit theaters May 1, 2019. The first trailer for the film should (finally) arrive Friday morning. 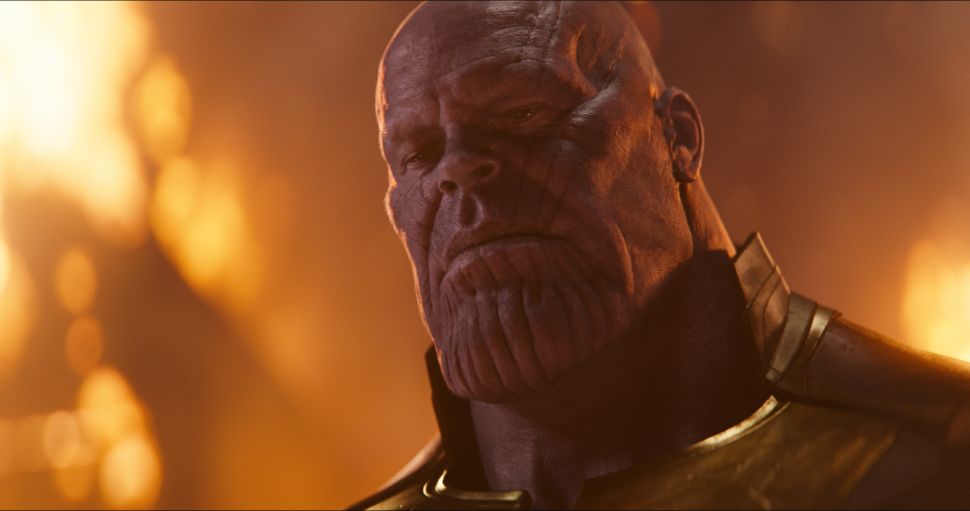