Would you bring back a dead loved one through artificial intelligence even though they’d never really be the same? Would you go to an amusement park for the purpose of torturing criminals convicted of heinous crimes? Would you have sex with a pig in order to save the beloved princess of your country? When we watched characters in Netflix’s Black Mirror face these decisions, wrapped up in its bonkers projections of our future, many of us prayed to the stars we wouldn’t be around for a future in which we’d have to make choices like that.

But now, Netflix has decided to put us to the test, seeing what path we would take in one of these technologically-enhanced dystopia/utopias.

Seven years after the shocking pilot of Black Mirror first aired on Britain’s Channel 4, Bloomberg has informed us that an installment of the 5th season of the critically-acclaimed anthology series would be an interactive episode. It’s set to arrive later this month. Certainly, the streamer couldn’t have picked a better way to herald the potential future of entertainment. But how will an interactive episode of Black Mirror actually work? What kind of story will it be and, more importantly, what kind of decisions will we have to make?

This won’t be Netflix’s first attempt at making an interactive story. That honor goes to last year’s Puss in Book: Trapped in an Epic Tale which had Shrek’s feline sidekick (Eric Bauza) enlist the viewer’s help to—you guessed it—escape a magical book.

Your first choice (appearing via a prompt on screen) is a tough one: will Puss fight a god, or a tree? It’s arbitrary, but at the very least it explains the gimmick clearly. Sadly, though, things never get more complicated. With each selected story feeling like a standalone vignette, viewers don’t have an actual say in shaping the plot.

It’s safe to say that the Black Mirror episode won’t be like Puss in Book, and not only because that “epic tale” was intended for children. Puss in Book’s decision-making structure harkens back to some of the most iconic, though rudimentary, interactive films. In 1961 for example, people who got tickets to see William Castle’s classic horror film Mr. Sardonicus were given glow-in-the-dark signs upon entering the cinema. They could use these to participate in the “Punishment Poll,” a popular vote that would decide whether the protagonist would live to see the end of his own film.

In these examples, the interactive stories involve simple decisions that put viewers above the story where they can feel like they have some control over the action. But while this may be fun for a little while, it gets boring quickly. Instead of handing their audiences the pen, the most popular interactive stories have attempted to incorporate viewers into the narrative, where their decisions actually matter.

If Black Mirror writer Charlie Brooker did his research into what audiences want from interactive play, chances are he heard of a little video game studio by the name of Telltale.

Telltale Games first gained notoriety in 2012 when it released The Walking Dead. Like AMC’s feverishly popular zombie drama, it was an adaptation of Robert Kirkman’s comic book series. But unlike AMC, Telltale opted to come up with its own story and characters—players could step into the shoes of Lee, a former convict protecting a little girl who lost her parents at the onset of the apocalypse. The game was remarkable for being able to be played on an iPad, making it feel similar to watching a TV show, except that you’re deciding what Lee says and does.

Decisions within the game range from small, like chatting with other survivors, to big, like deciding which people to save form being eaten alive by the undead. Each choice has a weight and consequence. Piss someone off, and that character will work against you. Help someone, and they will repay you with unexpected kindness. Viewers don’t just hold Lee’s own character arc in their hands, but those of others, too. This interconnectivity brings the fictional world of The Walking Dead to life and gives us the impression we’re shaping our own destiny.

Upon release, The Walking Dead won over 80 awards. The fact a game you could play on an iPad was able to beat several triple-A titles with budgets high up in the millions was a testament to the power of a well-constructed interactive story.

With such praise, Telltale’s future looked bright. In truth, however, the path after their first hit was a downward slope. Using their newfound status in the industry to get their hands on some major intellectual properties, the studio spent the following years developing similar stories for Game of Thrones, Batman and Guardians of the Galaxy. Unfortunately, all of them fell short of the critical and commercial success enjoyed by The Walking Dead.

Unable to sustain an inefficient business model, Telltale was forced to lay off the majority of its employees this past September. A handful remain to complete their final contract—an interactive version of the popular video game Minecraft. Its contractor, ironically, is none other than Netflix.

The rise and fall of Telltale Games highlights both the possibilities and perils of interactive stories. Although Brooker does not need to worry about his work being compromised due to lack of funds, he would do well to note where Telltale’s writing went wrong in the end. An interactive “choose your own adventure” story seems to fit well with the techno-focus of Black Mirror, but there’s a fine line between progressive innovation and cheap gimmick.

Season 5 of Netflix’s Black Mirror is expected to arrive on Friday, December 28. 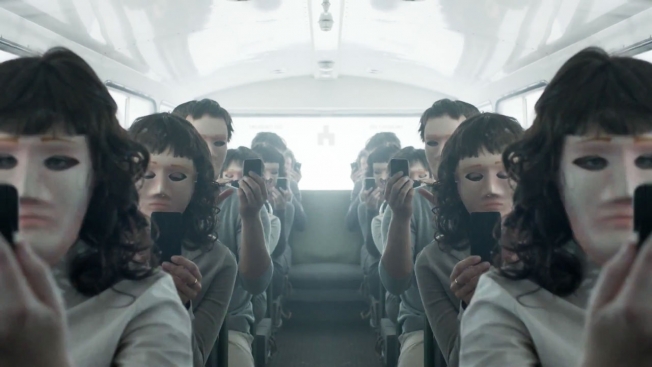