Black Panther is the Marvel Cinematic Universe’s most sophisticated film. While franchise releases in the studio filmmaking style are often (rightly) criticized for their limitations and repressive creative shackles, Black Panther proved that the scale of a film and its intended mainstream success need not hinder its thematic message or relevancy. Walking out of theaters back in February, general audiences came to the same conclusion: this movie was actually about something.

At its core, Black Panther revolves around societal divides and boasts all the complexity and sincerity of an old fashioned adult-drama, while still incorporating familiar blockbuster beats. Yes, there’s a massive third-act CGI punch-em-up, as is customary for Marvel. But there’s also the stinging realization of how childhood trauma drives us, often unknowingly, into adulthood (Michael B. Jordan’s Erik Killmonger is arguably the MCU’s finest creation). That’s to say nothing of Black Panther‘s celebration of afrofuturism and its breakout as a touchstone moment for diverse representation in franchise movie-making.

Perhaps we shouldn’t be surprised at the nuanced depth of Black Panther, given that director Ryan Coogler didn’t approach it as a superhero film. Instead, his entry point in to the character of T’Challa (Chadwick Boseman) and the world he inhabits was far more elevated.

“We always saw it like it’s a character who’s the political leader of a fictional country, but we put it on a real continent,” Coogler said during The Hollywood Reporter‘s Director Roundtable. “We wanted it set it in a real world and that’s kind of how the character saw himself, how he identified himself, as a politician, so through that it’s definitely a political film,” he added.

T’Challa may be the movie’s nominal hero, but he’s hardly the character general audiences will relate to most. How much in common do you have with a super-powered billionaire king? Rather, it is the antagonistic Killmonger that emerges as the film’s emotional anchor.

He is the film’s villain in the traditional sense, but he’s also an audience surrogate for pain. The character’s father was murdered when was just a boy; he grew up in impoverished foster care; and his ultimate goal is to aid black people all over the world. In this way, Black Panther becomes more than just a comic book tale of good vs. evil; it becomes a story about dueling ideologies, both of which hold their own merits. Is that so different from the question of morality in the face of violent opposition that drives the center of films like Zero Dark Thirty or Munich?

Provincial detractors may snicker when Coogler describes his $200 million Marvel movie as a “political film,” but they’re wrong. While there are formulaic moments in Black Panther that don’t completely connect, these are merely passing flaws. When taken as a whole, there’s a clear message to the story that comments on the American black experience and the cultural divisions that still exist, often unacknowledged, today. If that isn’t a political film, I don’t know what is. 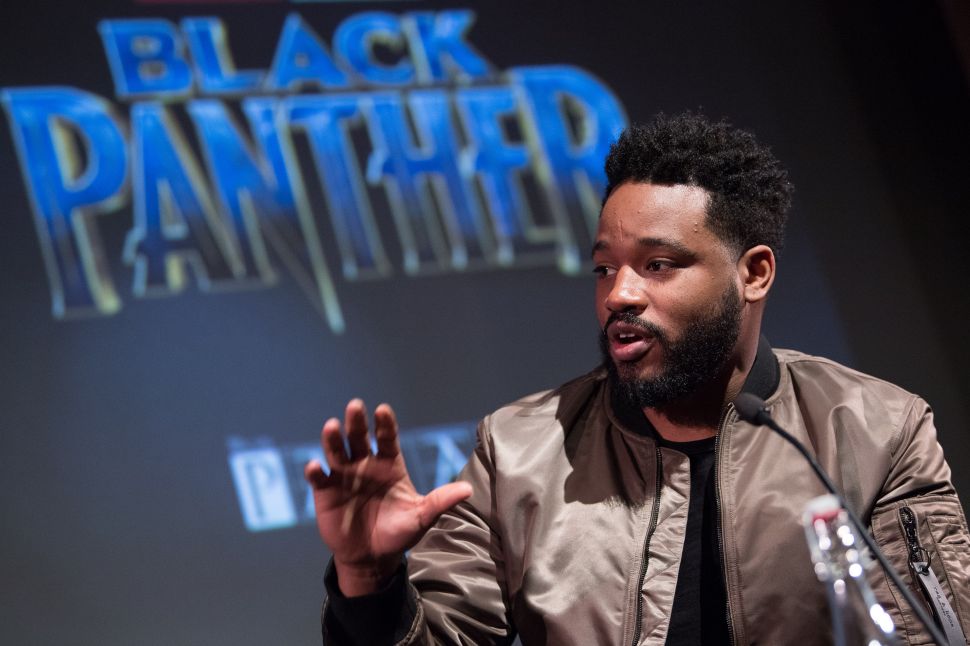