In September, Apple rolled out a new feature on their iOS12 update called “Screen Time,” a function that enables users to track not only how much time is being spent on their phones, but also what exactly they are doing. For me, the parent of a 13-year-old for whom her iPhone has basically become an appendage, realizing I could monitor how much time she is spending on her phone (over six hours a day, as it turns out) and what she is doing (well over half of her time is on social media, not “researching for her social studies class report” as was often alleged in the past) was a moment of pure parental rapture.

With Screen Time, I felt like I had NSA-level surveillance in the palm of my hands; for my daughter Bella, the advent of this new tool has marked the end of the halcyon days of unmitigated iPhone usage.

But as the months passed, the one stat I kept on coming back to was the six hours of daily usage. In my daughter’s middle school, phones are treated as contraband; all the students are assigned laptops which they carry around from class to class in lieu of textbooks. I couldn’t help but wonder if all that screen time—maybe three or fours a day on her laptop in school and another six or so on her iPhone to boot—wasn’t forcing undue strain on her eyes.

As it turns out, Bella’s estimated 10 hours a day of total screen time is actually below the national average, which clock in at nearly 11 hours per day for most Americans.

And while there is a wide-ranging debate about the overall, long-term mental and cognitive impact of all these hours we spend staring into our phones—60 Minutes devoted a recent segment to all the new alarming research that has come to light on the subject—the impact of all that screen time on our health has quietly risen to the level of a national health emergency.

At the heart of the matter is high-energy visible (HEV) blue light, a specific high-intensity light that when emitted from natural sources, such as the sun, has positive effects: maintaining our natural sleep rhythm, boosting memory, elevating cognitive function and elevating our mood. But in excessive doses, like the continual quantities emitted from digital displays, that same blue light takes on a decidedly “dark side,” as a recent paper from the Harvard Medical School quipped. In heavy doses, HEV blue light has been linked to macular degeneration, heightened eyestrain, eye fatigue, blurred vision, sleep disruption and migraines—and that’s just the tip of the iceberg.

All of this research led me to pose this question: Is blue light the tobacco of the digital age?

“Optometrists are keenly aware of digital eye strain and public health concerns with exposure to blue light from constant digital device use,” observed Dr. David Friess, a Philadelphia-based optometrist who has been a vocal advocate about the need for increased public awareness about the risks associated with elevated exposure to blue light. “Although it is still early days, the considerable volume of published evidence continues to grow linking artificial blue light from chronic digital device use to systemic health issues such as circadian rhythm disruption and possible long-term eye health impact.”

What we know for sure is that Americans are overdosing on screen time and taking in levels of HEV blue light like never before, which is why companies have begun introducing a panoply of blue light reduction and filtering tools, like Apple’s Night Shift, which aim to manage the part of the light spectrum known to impact to sleep. While these solutions deserve an ‘E’ for effort, they often give the screens an amber, less vivid appearance. Sites like Amazon sell thousands of films, glasses and other products that purport to filter blue light, but the truth is many of them fall far short of their claims of protecting consumers’ eyes.

TÜV Rheinland, a German technical inspection company that is the leading provider of independent product testing and certifications for the worldwide marketplace, recently announced global guidelines for measuring and evaluating claims from companies that are playing in the blue light sandbox. The recently unveiled new standard provides consumers with a Retina Protection Factor or RPF value—an easy to understand numbered rating that designates the level of high-energy visible blue light being filtered from a digital display. TÜV’s rating system was developed in concert with a U.S. company that has been pushing for global standards for measuring HEV blue light filtering technology, Healthe.

“The aim is to take the mystery and guesswork out of knowing if a device is effectively managing blue light or if additional precautions should be taken,” said Healthe CEO Justin Barrett, whose company invented a blue light filtration technology called Eyesafe that filters the harmful portions of blue light, while maintaining components of the spectrum which enable screens to keep the brightness, vividness and color that consumers crave.

“Just like people inherently understand the SPF ratings for sunscreen—that an SPF of 30 will protect you more than an SPF of 15—up until now, there has been no such metric for blue light filtration.” Barrett continued. “The last few years have been like the ‘Wild West’ with lots of dubious claims being made about blue light protection. This certification from TÜV goes a long way towards bringing some clarity to the consumer about what they’re buying and how much protection they are truly getting.”

Aside from the differentiated safety features of Healthe’s technology, the company’s Eyesafe product also stands in stark contrast to other solutions by keeping users’ screens vivid and crisp; other product and technologies tend to dial down all the colors in the light spectrum, giving screens a yellowish hue.

At the 2019 Consumer Electronics Show in Las Vegas, computer giant Dell plans to launch a major multi-year awareness campaign which aims to educate consumers about the effects of over-exposure to blue light in partnership with Healthe.

“Our business caters to power-users and gamers who sometimes spend up to 120 hours a week in front of ultra-bright LED screens that are emitting the highest levels of blue light,” said Frank Azor, who heads the premium Alienware, Gaming and XPS divisions at Dell Computers. “We don’t look at Healthe’s Eyesafe technologies as a feature or competitive advantage; providing this added level of protection for our power-users is simply the responsible thing to do for our customers who are among the most demanding and well-informed customers we have here at Dell.”

With over 50 percent of the U.S. market share, ZAGG’s InvisibleShield is the industry leader for screen protector cases for smartphones and tablets. “With the recent research highlighting the harmful effects of extended exposure to the high-energy visible blue light waves emitted by handheld devices, we were determined to find a solution that effectively and safely addressed this issue,” explained Chris Ahern, the CEO of Salt Lake City-based ZAGG Inc. “The demand for our Glass+VisionGuard equipped with Healthe’s Eyesafe blue light filtration technology—which at this point is limited to screen protectors for more recent smartphones and tablet models—has been so high that it’s been a challenge to keep up with demand. Consumers are concerned about over-exposure to blue light, and going forward, our best-selling glass screen protectors will be outfitted with Eyesafe.”

“We have these devices which are incredibly useful tools and are an integral part of all aspects of our lives, but at the same time, because of growing screen time, we are being exposed to high levels of blue light—the impacts of which we are only beginning to fully understand,” added Healthe’s Barrett. “Every screen will eventually have to have blue light filtering technology. It’s not a question of ‘if’ but of ‘how soon,’ which is why the team at Healthe is working day and night with manufacturers to ensure we are integrating solutions to protect eye health worldwide.”

Gene Munster, a frequent equity analyst on CNBC and head of research at Loup Ventures, manages a fund that invests exclusively in early-stage companies. He thinks that Healthe is sitting in pole position in a new market that the company has been instrumental in creating. “In smartphones alone, the global market for blue light protection is $15 billion annually,” said Munster, whose firm is not invested in Healthe. “Outside of smartphones, computer screens, VR headsets and eventually AR wearables will also need to adopt blue light filtering technology. Healthe has a healthy head start and could very well become the industry standard-bearer.”

In addition to phones, tablets, notebooks and monitors, Healthe is working with display manufacturers to manage a spectrum of LCD and OLED products, including VR headsets and AR wearables, in which the light intensity is even higher as it is projected only inches from the eyes.

For my daughter Bella, whose young eyes are still developing, I know that trying to decisively cut into her consumption of screen time would require draconian measures that neither I nor her mother are willing to enforce. Thankfully, electronics manufacturers are not in the denial game like Big Tobacco was for so many years about the adverse effects of smoking. Across the board, the industry is eagerly embracing the science and research and is bringing a variety of blue light filtration products to market in 2019.

All of this is good news for parents worried that their teenagers are frying their eyes with all the time spent in front of screens. And since her mother and I have given up trying to pry Bella from her phone, at least we can make sure her eyes are protected while she is doing all that research for her upcoming social studies report. 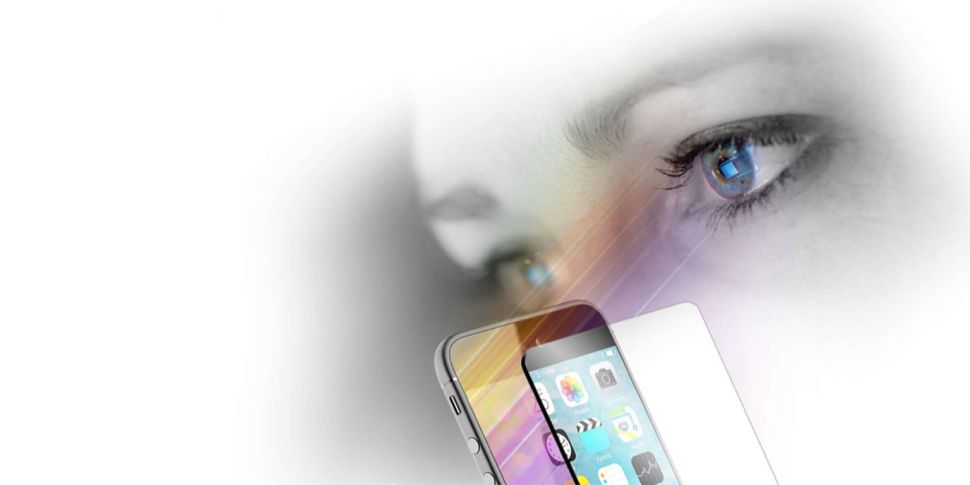