Even as we focus on perhaps the final election of the season in North Carolina’s 9th District, pundits and scholars are already debating whether or not there was a “blue wave” during the 2018 election, or if it was an Elvis Presley-like “Blue Christmas” for the Democrats, a missed opportunity for the party.

To determine whether the Democrats did well historically, I compared the number of incumbent defeats the party inflicted on Republicans to other contests dating back to 1954. I also looked at retirements and open seat contest results for additional insight. Finally, I looked at what voters said they were looking for, to see if Democrats actually learned any lessons in 2018.

Was It a Blue Tsunami or a Blue Ripple?

There was no shortage of pundits willing to call the 2018 elections a “blue wave.” In fact, some went so far as to call it a “blue tsunami.” David A. Graham of The Atlantic called the results “a bad day for House Republicans,” and documented a series of surprising cases in which Democrats won in Republican districts. Several writers at The Guardian focused on the surge in voting for Democratic candidates.  538.com writers concluded that yes, it was a blue wave. Writing for Vox, Matthew Yglesias concluded that Democrats beat expectations and contended that it was a bigger deal than 1994 or 2010.

But there were just as many writers willing to throw cold on that assessment of the 2018 contest.  According to The Washington Post, President Donald Trump tweeted, “Tremendous success tonight.  Thank you to all!” Former Democratic Party Senator Joe Lieberman of Connecticut claimed “Trump did not suffer a massive defeat, but he didn’t get a massive victory either.”  In an interview with The Jerusalem Post, Lieberman added, “Historically, the House of Representatives goes to the party that doesn’t control the White House during midterm elections, and that’s what happened tonight. Trump really focused on Republican candidates winning the Senate races, and it looks like they’re going to do well in the Senate.”  For CNN, LZ Granderson stated, “Yes, the party took the House, but the blue wave was not the tsunami party leadership had hoped it would be.” He attributed it to poor messaging and an old, white leadership that is out of touch with its base.

Part of the reason we have these disagreements is not just partisan. Much of the discussion is about whether leadership of the congressional institutions changed hands, or whether we think someone should have won more, or had a better slogan. A better way might be to look at the numbers, in comparison with more than just the last three or so election cycles, to see if anything historic happened.  Such a method could give us some idea about where we’re heading over the next two years or more.

What Does the Evidence Show?

To put the results in the proper comparative perspective, I looked at all election outcomes going back to 1954 (using data from the Brookings Institute), and framed them in a scatterplot showing not only GOP losses, but also Democratic defeats as well.

The first thing that should jump out at you is how high the reelection rates are. When you’ve never seen more than 55 incumbents defeated out of more than 470 on the ballot (not counting retirements), you’ll see the advantages of being already in power for politicians. And most of these elections feature reelections rates toping 95 percent.

The second thing you should note is that voters prefer to punish one party, rarely both simultaneously. Only during the 1992 election did we see incumbents from both parties posting double-digit losses. That year’s unusual contest can be attributed to the House Banking Scandal, punctuated by an anti-incumbency fire fueled by a recession and Ross Perot.

Clearly when compared with other elections, 2018 does stand out as a particularly good year for Democrats, and a historically bad year for Republicans in power, as the bar chart below confirms.

If there is any solace for Republicans, it is that they narrowly increased their Senate lead (winning in Indiana, North Dakota, Missouri and Florida), all in states Trump won, though few by the margins the president won by in 2016, with the exception of Florida. Democrats in the Senate had to run in 11 states won by Trump, and the majority of them chose the Democratic Party (Montana, West Virginia, Ohio, Arizona, Michigan, Wisconsin and Pennsylvania—not counting the special election of 2017 in Alabama).

This doesn’t even show the overall results from open seats. Here is another area where I feel the Democrats could have done a little better. Still, they increased their lead overall to 40 seats in the House, losing fewer incumbents in the lower house than they did in the upper house.

The average number of incumbent losses from 1954 through 2018 is 13.76 per election. When you consider only the presidential party fortunes in midterm elections during that same timespan, the losses are still 20.82 incumbents for that party. So yes, it was an above average election for Democrats and a below average performance for Republicans.

The winner of the next election cycle will be the party that pays attention to what the voters were looking for, as seen in exit polls like the one conducted by ABC News. Though voters expressed their lack of support for the Trump White House (only 44 percent approve), a majority aren’t ready to support impeachment (55 percent are currently opposed to this). Voters are most concerned about health care (the top issue in the survey) and support the Democratic position on this issue. Far below health care on voters’ minds are immigration (where nearly half see our policies as too tough), the economy and guns. Voters are relatively split on current tax and trade policies.

Voters are clearer in their concerns about sexual harassment and their desire to have more women elected to office, as well as their preference for more non-white elected officials. And by nearly a 20 point margin, those who cast their ballot are more worried about voter suppression than voter fraud.

Democrats won by focusing on health care and have the voters’ ear for reforms that stem the tide of voter suppression. They should lead on those issue, rather than make the case for impeachment their primary goal, if they want to hold on to the House, and maybe take the Senate, in 2020. 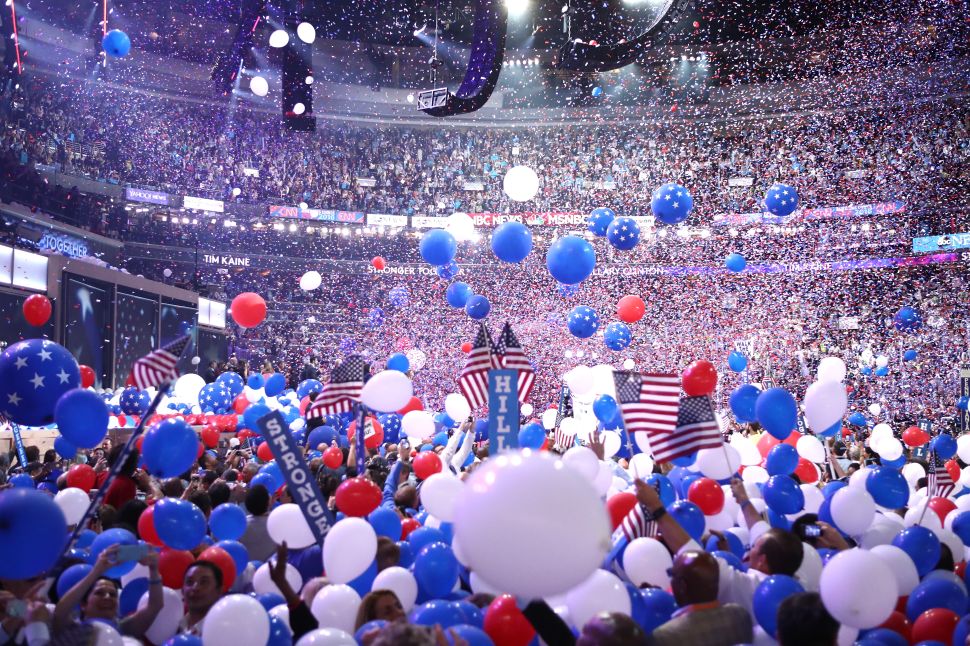