Thirty years ago this week, Pan Am Flight 103 was torn apart by an explosion as it cruised 31,000 feet above the Scottish Lowlands, 38 minutes after it departed London’s Heathrow Airport. The shattered Boeing 747, named Clipper Maid of the Seas, was bound for New York but never made its destination, falling in flames around the bucolic town of Lockerbie.

There were no survivors. The catastrophe claimed the lives of 270 innocents: 243 passengers, 16 crew, and 11 Lockerbie residents killed when the airliner’s fiery wing cratered in the middle of their town. One hundred and ninety of the dead were American, including a group of 35 Syracuse University students headed home for Christmas after a European semester abroad.

Once it was obvious that nobody survived the crash, the biggest investigation in British history commenced, painstakingly locating and cataloguing over four million pieces of wreckage—including thousands of body parts—spread over 850 square miles of the Scottish countryside. Within a week of the disaster, investigators discovered traces of explosive, revealing that the Lockerbie crash was no accident.

A bomb took down the 747, and FBI analysis revealed that the huge airliner was destroyed by less than a pound of plastic explosive, specifically Semtex from Czechoslovakia, packed in a Samsonite suitcase stowed in the plane’s forward left luggage container. The improvised explosive device was hidden in a Toshiba radio cassette player and was detonated by a barometric sensor designed to detect altitude.

This revelation set off alarm bells, since less than two months before the attack, German police rolled up a terrorist cell near Frankfurt—where Pam Am 103’s transatlantic trip originated—that was building bombs, specifically a Semtex bomb hidden inside a Toshiba radio cassette player. The cell belonged to the Popular Front for the Liberation of Palestine—General Command, a radical Arab group headed by Ahmed Jibril, a former Syrian army officer. Western intelligence considered the PFLP-GC to be little more than an extension of Syria’s security services.

Moreover, the October 1988 arrests bagged a top PFLP-GC official, plus the Jordanian national Marwan Khreesat, a veteran bomb-maker who is believed to have played a part in an unsolved terrorist attack in 1970 that took down a Swissair jetliner, killing 47 people. Before long, Khreesat was released from custody, apparently because he was an informant for Jordanian intelligence.

German police seized four bombs from the PFLP-GC’s Frankfurt cell, but a fifth IED went missing. Western intelligence agencies assumed that may have been the device that took down Pam Am 103. Neither was it difficult to ascertain a motive for the attack. Only months before, on July 3, the cruiser USS Vincennes, on station in the Persian Gulf, shot down an Iran Air Airbus, killing all 290 aboard, 66 of them children. It was a terrible accident, but hotheads in Tehran promised revenge. Had they gotten it in the skies over Scotland?

That was hardly a far-fetched idea. In the 1980s, Iranian-backed terrorists left a trail of bombings across the Middle East and beyond, several of which killed large numbers of Americans. Not to mention that the Syrian regime was friendly with the mullahs in Tehran, and outsourcing Iran’s vengeance for the downed Airbus to the PFLP-GC seemed plausible to seasoned Middle East-watchers.

That was the conclusion of U.S. intelligence, particularly when the National Security Agency provided top-secret electronic intercepts which demonstrated that Tehran had commissioned the PFLP-GC to down Pan Am 103, reportedly for a $10 million fee. One veteran NSA analyst told me years later that his counterterrorism team “had no doubt” of Iranian culpability. Bob Baer, the veteran CIA officer, has stated that his agency believed just as unanimously that Tehran was behind the bombing. Within a year of the attack, our Intelligence Community assessed confidently that Lockerbie was an Iranian operation executed by Syrian cut-outs, and that take was shared by several allies with solid Middle Eastern insights, including Israeli intelligence.

American spies were therefore profoundly shocked in November 1991 when the American and British governments indicted two Libyans for the bombing. It took nine years for a trial to commence, since Libya was reluctant to hand over its nationals, and it began in May 2000 in the Netherlands, although the proceedings took place under Scottish law. In January 2001, only one of the defendants, Abdelbaset el-Megrahi, reported to be a Libyan intelligence officer, was convicted on 270 murder charges.

Megrahi professed his innocence and he was sent back to his native country in the summer of 2009 on compassionate grounds since he had terminal prostate cancer. He died in May 2012, not long after Libya’s revolution felled his former boss, dictator Muammar Gaddafi. In 2003, as part of his effort to curry Western favor, Gaddafi admitted responsibility for the Lockerbie attack and paid compensation to victims’ families, but he never conceded that he ordered the bombing.

Libya, too, perpetrated a rash of terrorist attacks in the 1980s, and some of them killed Americans, so it was never implausible that Lockerbie was executed by Libyan intelligence. Indeed, U.S. intelligence never excluded the possibility that Libyan spies played some role in the attack. Such multinational collaboration in terrorism happens in the real world, with spies employing foreign terrorists, sometimes from multiple groups, as cut-outs. However, the evidence for Megrahi as the lead Lockerbie terrorist was never especially firm, and the case has weakened over time, as stories have changed.

While Libyan intelligence veterans have claimed that Gaddafi was behind Lockerbie, Iranian intelligence veterans have just as adamantly pointed the finger at Tehran. Revealingly, Jim Swire, an English doctor who lost his daughter on Pam Am 103, has devoted the last three decades to Lockerbie victims’ advocacy, becoming over time a vehement defender of the late Megrahi, believing the Libyan was a patsy. Like all sides in this mystery, Swire has assembled a convincing, if ultimately circumstantial, case for his theory of the crime.

The number of people who know the truth about Lockerbie is dwindling as time takes its toll. It is troubling that what U.S. intelligence confidently believed about the attack never translated into judicial or political action. The atrocity that took place over Scotland 30 years ago remains the deadliest terror attack on American civilians except for 9/11. In 2014, Marwan Khreesat was living freely in Jordan, posting pictures on Facebook of the blown-apart Pam Am 103 and a replica of the bomb which took her down. He died two years ago and Khreesat’s daughter recently told the media that her father left behind proof that he was responsible for Lockerbie due to his “deal with Iran.” Time is running out to let the public know what really happened to Clipper Maid of the Seas and 270 innocent people. 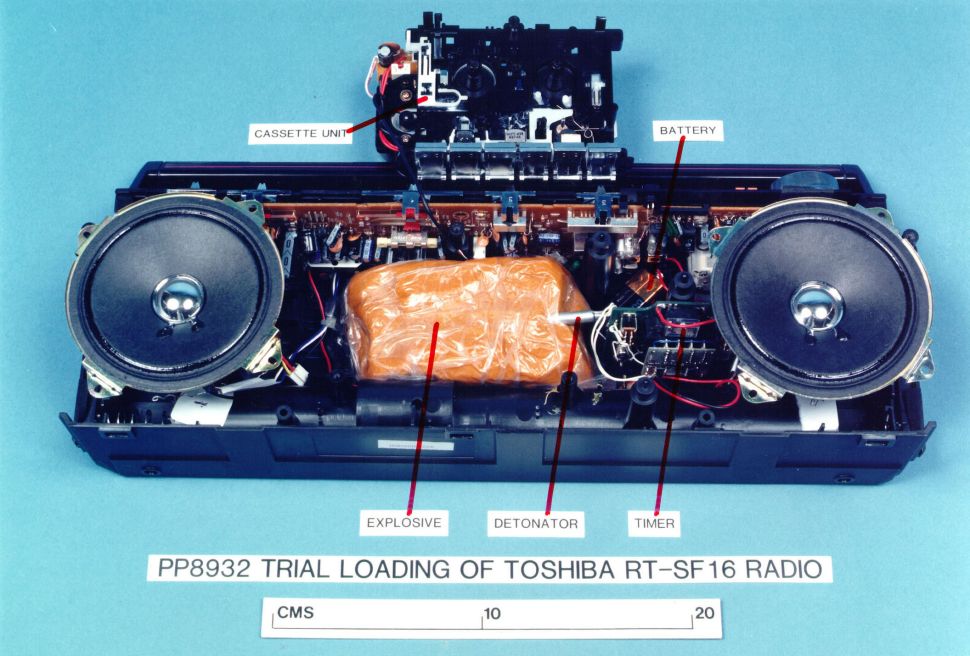