2018 has not been a pretty year for large companies and their leaders.

The global economy is slowing down; the stock market is diving straight into a bear market; and world’s largest companies—from Facebook and Google to General Motors and Tesla—have suffered one crisis after another.

Some of these companies’ CEOs have faced lawsuits, demotions and even interrogations by Washington lawmakers. But for some others, their troubles went far beyond a few bonus cutbacks or public apologies.

Here are four high-profile business executives whose mishaps will almost certainly ruin their Christmas this year.

The former chairman and CEO of Nissan Motor is set to spend the final days of 2018 inside a jail cell in Tokyo.

Ghosn was once hailed for rescuing Nissan from the brink of bankruptcy in 2000. (He even earned the nickname, “Mr. Fix It.”) But his reputation fell to pieces over the last two months as whistleblowers from his own company revealed his true colors.

On November 19, Ghosn was arrested by Japanese authorities on two criminal charges that he had been under-reporting his income by as much as half since 2010. The same day, Nissan announced that Ghosn had been dismissed from the company board and stripped of all executive rights.

Ghosn was then detained at the Tokyo Detention House for three weeks. Under Japanese laws, the police can detain suspects for up to 23 days without filing charges.

On December 10, the 22nd day of his detention, Japanese prosecutors filed criminal charges of false accounting against Ghosn, which initiated a new 10-day holding period without bail.

Then, when the no-bail time was up on Friday, December 21, and Ghosn was allowed to go free on bail, he was arrested again on new charges. This time, prosecutors alleged that Ghosn had shifted more than $16 million in personal investment losses that he’d incurred around 2008 onto Nissan’s company books.

He now faces up to 20 years in prison.

Les Moonves had been a loud supporter of the #MeToo movement until he proved himself an enemy to the whole cause.

In July, six women told The New Yorker that Moonves had sexually harassed them during their time working at CBS. In the following weeks, dozens of women came forward to accuse Moonves of harassment and abuse.

Two months later, CBS’ board of directors removed Moonves from the CEO role, putting an inglorious end to his 23-year career at the network. However, at the time, he was eligible to receive a $140 million severance package, thanks to his incredibly generous employment contract.

But this Monday, after an investigation into his misconduct concluded, CBS made it clear that it would not pay Moonves any form of severance, saying the company had ample grounds to fire him for cause.

Chinese telecom giant Huawei has been a burning target of Washington this year. Politicians regard the company, which sells smartphones in the U.S. and worldwide, as a serious threat to national security, and the Commerce Department sees it as a serial violator of business laws.

On December 1, Meng Wanzhou, the company’s chief financial officer and the daughter of its founder, was arrested by Canadian police in Vancouver at an extradition request from the U.S. Justice Department.

U.S. prosecutors said she was detained over allegations related to Huawei’s illegal business dealings with Iran in violation of U.S. sanctions on the country.

After multiple bail hearings from December 7 to December 11, Meng was released on December 11 on a $7.5 million bail with certain conditions. Meng is now restricted to stay in Vancouver as she fights possible extraditions to the U.S.

Under the bail agreement, she is confined to one of her two Vancouver homes from 11 p.m. to 6 a.m. and has been ordered to wear an ankle monitor at all times.

Flannery’s situation is a bit different then the others on this list. Instead of being ousted for self-inflicted harms, his unpardonable mistake was more about not cleaning his predecessor’s mess fast enough.

In October, Flannery was abruptly fired after just 14 months as the CEO of GE. Flannery took over GE from former CEO Jeffrey Immelt in August 2017 with a mission to turn the company around after years of deteriorating balance sheets, unwise acquisitions and bulky unrelated businesses.

But it seemed as if everything he did only made things worse, at least in the eyes of GE investors.

In November 2017, Flannery announced that GE would cut its dividends by half to preserve cash. A month later, he ordered the downsizing of GE’s power division and cut 12,000 jobs from the unit. Soon after, he disclosed massive losses in one of GE’s legacy insurance units—the work of his predecessor Immelt.

Combined, these decisions slashed GE’s stock price by half during Flannery’s short tenure, eventually pushing the company stock out of the Dow Jones Industrial Index in June. 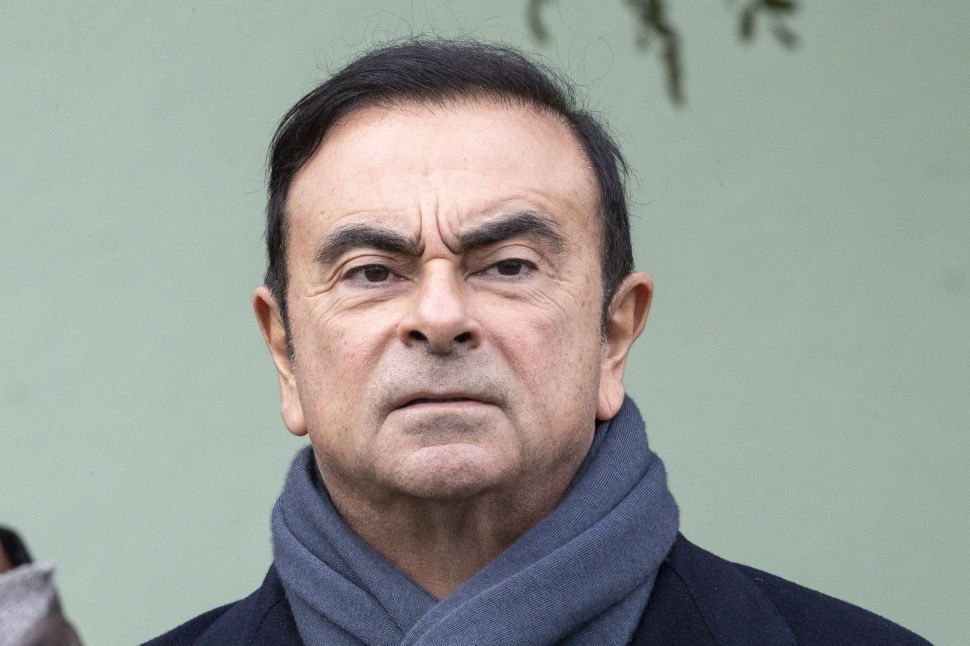