The Gateway Project, which was once called “the most important rail project in the United States,” remains a political casualty of Chris Christie’s uncontrollable presidential aspiration. However, the Democratic wave that swept New Jersey, as well as the U.S. House of Representatives, could make the project Gov. Phil Murphy’s crowing first term achievement.

President Donald Trump has said he wants to work with Democrats on infrastructure projects. Given the importance of the rail project to the state’s future, New Jersey’s congressional delegation is likely to make it a top priority in January.

Tubes that date back more than a century are currently the only rail transportation linking New York City to New Jersey locations beyond Newark. The tunnels, which were already deteriorating, were inundated with salty during Superstorm Sandy. The residual salt is currently eating away at the tunnel walls and corroding the high-voltage cables that provide power through the tubes to Penn Station.

There is a plan in place to fix the tunnels and build a new connection under the Hudson River. The only problem? Chris Christie used the money saved to pay for it in a gimmick to balance his budgets so he could run for president.

In 2010, former New Jersey Gov. Chris Christie decided to cancel the tunnel under the Hudson River, known then as the ARC project, despite the fact that the federal government had committed $3 billion in financing (more funding than had been committed to any other U.S. transit project). Walking away from the project has proven to be Christie’s single biggest mistake.

Delaying an increase in train capacity has undeniably contributed to New Jersey’s transit woes. The current two-track rail line shared by both Amtrak and NJ Transit Rail Operations (NJT) has reached its top capacity of 24 trains per hour.

Failing to improve rail transportation has also hampered economic growth in northern New Jersey. The ARC project would have helped grow the regional economy by providing jobs for 6,000 construction workers, many of whom were laid off when Christie withdrew his support. It also would have made it easier for New York City residents, most of whom don’t own cars, to travel to New Jersey to eat, shop and otherwise their spend money.

Future of the Gateway Project

The ARC project has been replaced by the Gateway Project, which would overhaul and expand the Northeast Corridor (NEC) rail line between Newark and New York City. Its proposed rail bridges and tunnels are equally critical to the growth of New Jersey’s economy. Unfortunately, we are starting from scratch, at least in terms of funding. Gov. Phil Murphy and New York Gov. Andrew Cuomo both support the $30 billion infrastructure project and are willing to pay for it. But they can’t foot the entire bill. So far, Trump has failed to honor a handshake agreement under which the Obama administration agreed to pay for half of the cost of the project.

Supporters of the Gateway Project are hopeful that the Democratic majority in New Jersey’s House delegation will help secure funding. New York may also be able to provide assistance. Once the House officially flips to the Democrats, Rep. Nita Lowey of New York will chair the Appropriations Committee.

“The New York and New Jersey delegations are locked in together on Gateway, so I think that’s probably a good thing,” Murphy said. “If it wasn’t going to be a New Jersey representative, having somebody from New York is a good thing.”

Cuomo also recently met with Trump about the rail project. He got the meeting by speaking in a language Trump understands; Cuomo took a film crew into the aging tunnels late one night and sent the president a video showing the crumbling structure. Trump did not commit to funding the project, but both said the meeting was productive. According to Cuomo, “The president said he wanted to take the next steps to find a way forward.”

If both political parties can agree on anything, it should be infrastructure. Yes, the Gateway Project will be expensive and will require significant investments from New York, New Jersey and the federal government. But the cost of doing nothing would be far worse.

More than 200,000 commuters travel through the existing tunnels everyday. In addition, the Gateway is an essential part of Amtrak’s Northeast Corridor, carrying 20 percent of the nation’s gross domestic product. Should the existing infrastructure experience a major failure that requires emergency repair, it would cripple not only New Jersey’s economy, but also the entire Northeast’s. 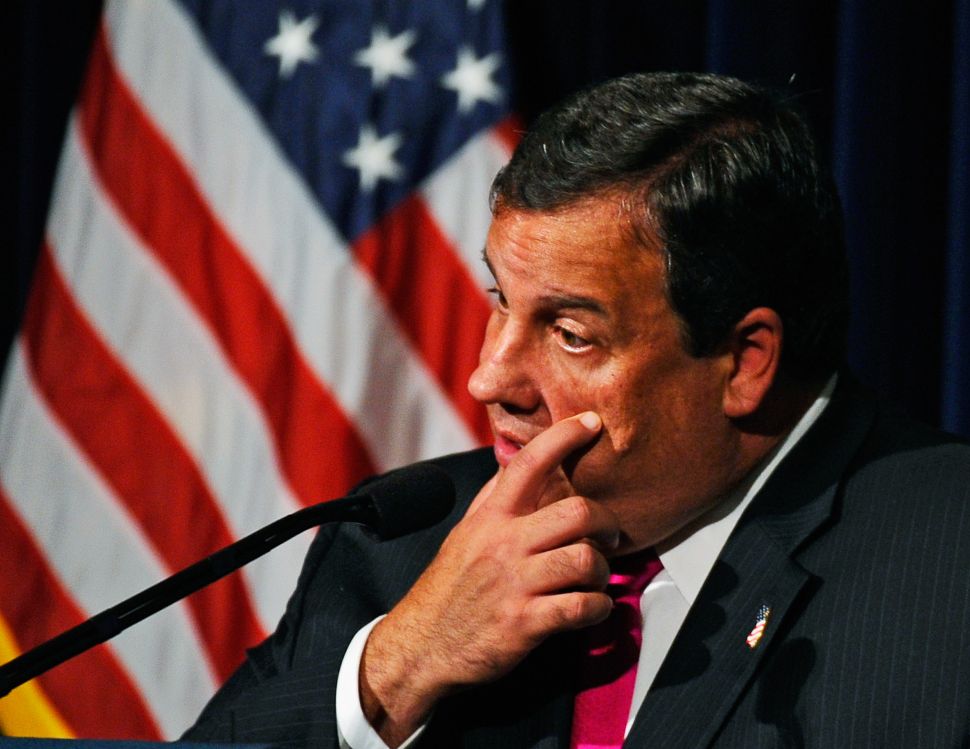