After the actor posted an alarming Instagram message on Saturday evening, writing that he doesn’t “want to be on [this] earth anymore,” the congressman-elect called him with spiritual advice.

“I talked to him personally [Sunday],” Crenshaw, a former Navy Seal who lost an eye in Afghanistan, told KPRC2 Houston. “I told him everyone has a purpose in this world. God put you here for a reason. But it’s your job to find that purpose. And you should live that way.”

The Republican also reminded Davidson that he “makes people laugh” and does “good” for others.

“It was pretty devastating,” said Crenshaw when first asked about the SNL star’s post. “You don’t want to see someone in that kind of position to the point where they’re actually putting out a cry for help on social media. That’s not a good place to be in.”

“This is Pete Davidson. He looks like if the meth from Breaking Bad was a person,” joked Crenshaw, before standing in solidarity with Davidson over the death of the actor’s father on September 11th.

“Never forget those we lost on 9/11, heroes like Pete’s father,” continued the Republican. 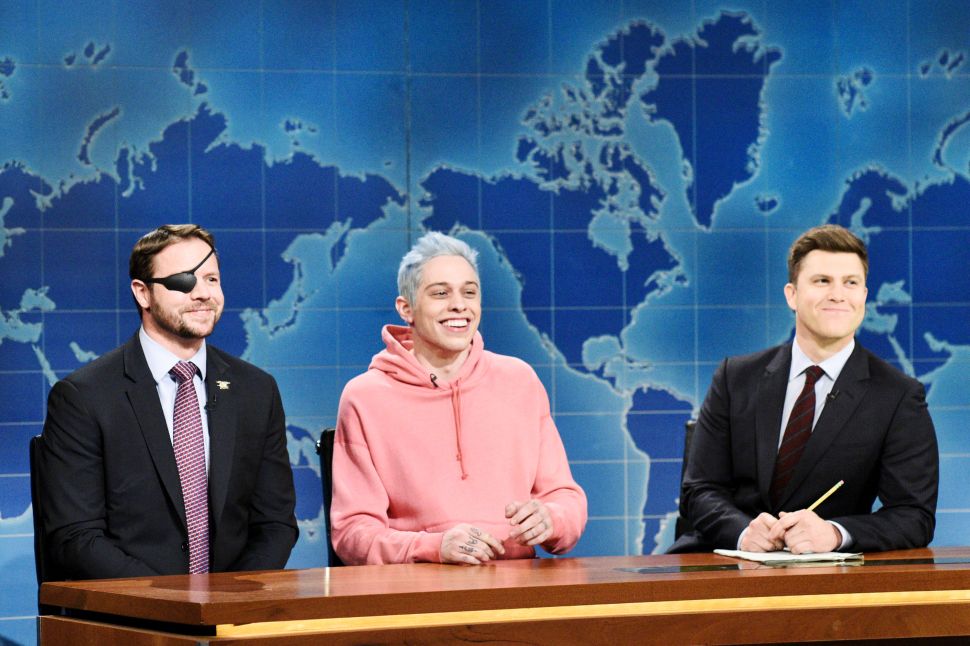