While President Trump’s decision to withdraw troops from Syria was commended by many MAGA-land inhabitants, his allies at Fox News are skeptical—and using his own campaign rhetoric against him.

“He also is doing exactly what he criticized president Obama for doing. He said President Obama is the founder of ISIS,” Kilmeade told the White House press secretary. “He just refounded ISIS because they have 30,000 men there and they are already striking back with our would-be evacuation. The president is really on the griddle with this.”

Trump regularly accused his predecessor during the 2016 election of creating the Islamic State, prompting Hillary Clinton to tweet that, “Barack Obama is not the founder of ISIS” and “Anyone willing to sink so low, so often should never be allowed to serve as our Commander-in-Chief.”

Anyone willing to sink so low, so often should never be allowed to serve as our Commander-in-Chief.

He was the founder,” Trump told a conservative radio show on the campaign trail. “The way he got out of Iraq was that that was the founding of ISIS, okay?”

“The idea that the president has had anything to do with helping ISIS reemerge is absolutely outrageous,” responded Sanders. “If ISIS wants to pick a fight with somebody, they sure as heck don’t want to pick one with Donald Trump because he will destroy them and defeat them.”

Although Kilmeade has supported the White House through many scandals—he even bought MAGA Christmas ornaments on Trump’s campaign website without realizing the purchase constituted a political donation—he has slammed the president over the question of Syria.

“Nobody thinks ISIS is defeated,” the Fox and Friends host said on-air Thursday after Trump declared victory over the terrorist faction. 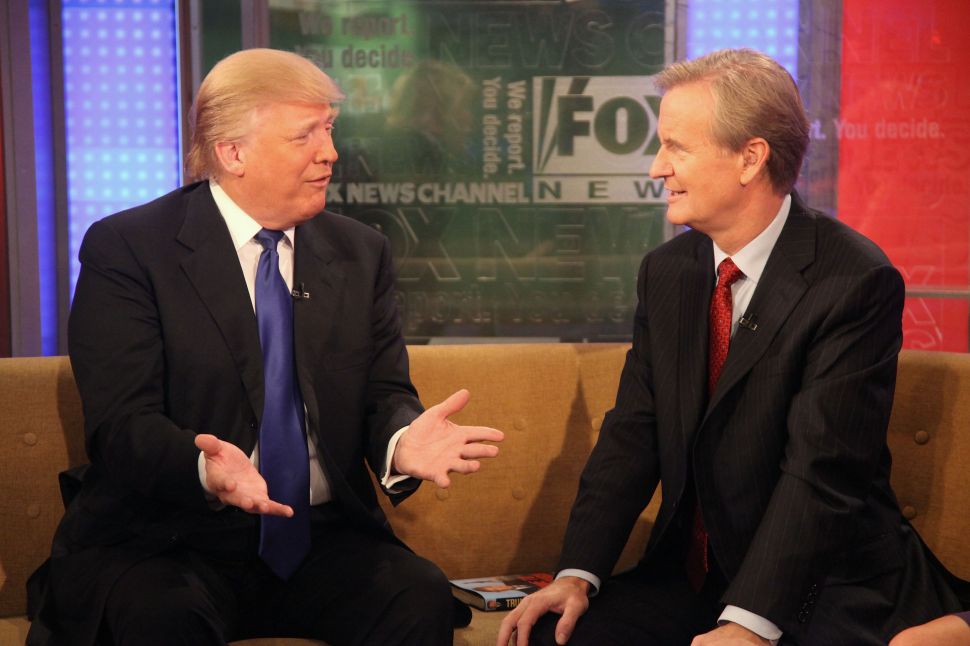