Jennifer Aniston and Dolly Parton are famous for being two of the most wonderful women in Hollywood, which is perhaps why ABC chose the former to interview the latter for a Thursday segment on Good Morning America. The network was guaranteed delightfully fluffy content, and it was bound to get it given that Parton has been absolutely killing it on the talk-show circuit lately.

During the segment, Parton and Aniston shot the breeze about the country icon’s songwriting process, whether or not Aniston is a competent driver (“Matthew Perry once said that you were the worst driver in the history of drivers,” Parton teased) and Dolly’s legions of queer fans.

“Is it true that you once said that it’s a good thing you were born a girl?” Aniston asked. “Otherwise you would have been a drag queen?”

“Yes, it is true,” Parton replied. “Because I’m so over-exaggerated and I have so many fans that…you know, the gay community and the drag queens… I’ve always had these drag queens dress like me. And I even lost a Dolly Parton lookalike contest.”

In her new Netflix original film, Dumplin’, the former Friends phenomenon stars as Lucy, an uptight pageant mom whose daughter, Willowdean (Danielle MacDonald), finds her inner diva and gets the courage to come out of her shell through the music of the venerable Parton. The “Jolene” singer executive-produced and wrote six original songs for the movie, which premieres on the streaming platform Friday.

Although celebrity-on-celebrity interviews can be excruciatingly devoid of thoughtful questions, you can always count on Dolly to provide a ridiculous sound-bite, no matter what the circumstances. She and Aniston certainly had more chemistry than Harry Styles and Timothée Chalamet, who recently complimented one another for a couple of thousand words in i-D magazine. 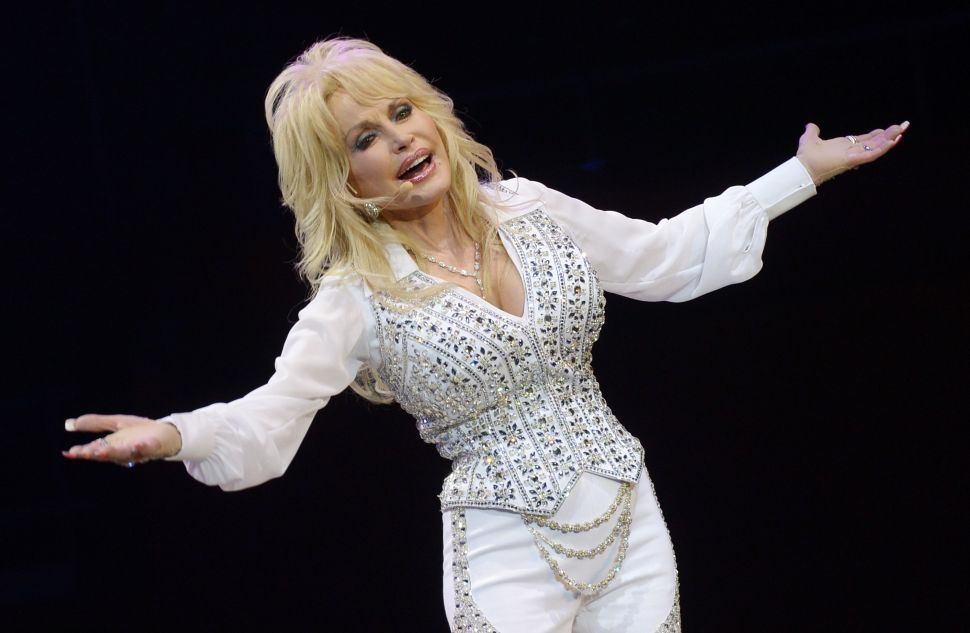