It’s only natural that while promoting director Adam McCay’s scathing Dick Cheney biopic, Vice, its star Christian Bale would be faced with some political questions. While the Academy Award–winning actor has largely avoided stepping onto that slippery slope, he’s now shared a fun anecdote about meeting President Donald Trump while he was filming The Dark Knight Rises in 2011.

Can you picture it? The Caped Crusader and a reality-show television host in a room together? It sounds like the start of a bad joke.

“I met him one time,” Bale told Variety on the red carpet premiere of Vice. “We were filming on Batman in Trump Tower and he said, ‘Come on up to the office.'”

“I think he thought I was Bruce Wayne,” Bale added, “because I was dressed as Bruce Wayne. So he talked to me like I was Bruce Wayne, and I just went along with it, really. It was quite entertaining. I had no idea at the time that he would think about running for president.”

We can only imagine what this conversation must have been like.

Donald Trump: So, how’s Gotham these days? Hear you guys have a YUGE crime problem. Some bad hombres down there.

Trump: Of course you’re not really Batman! You’re Bruce Wayne. Anyone who thinks a careless playboy billionaire like you could be the hero Gotham needs—nay, the hero it deserves—is out of their minds. It’s not like witnessing the murder of both of your parents as a boy resulted in a cracked psyche that manifested itself into an inextinguishable burning for justice when you became an adult, leading you to a theatrical nightly display of vigilantism that requires immense resources only the prince of Gotham could afford. 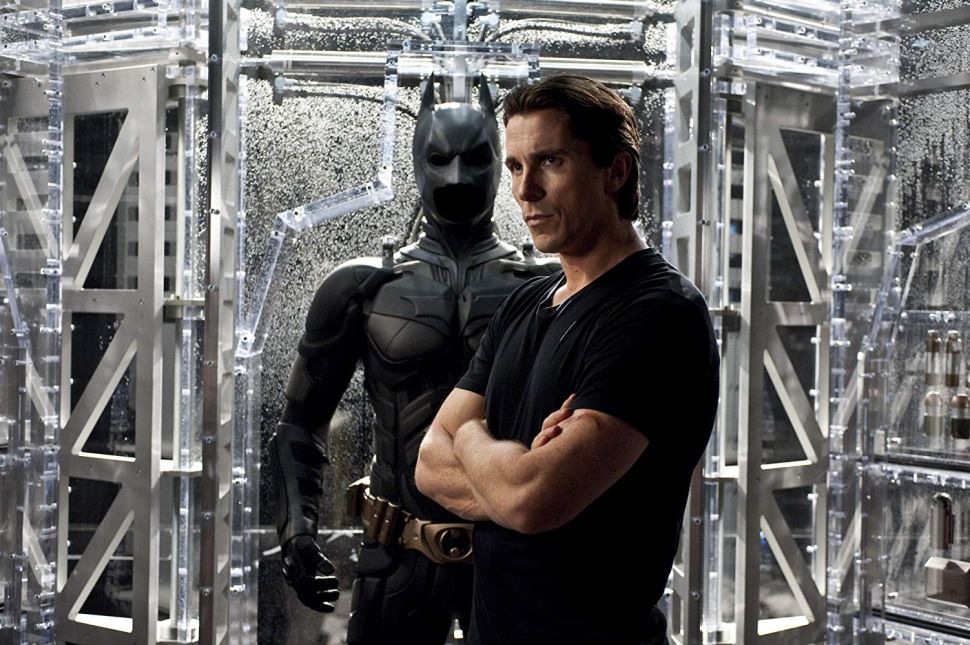