There’s something about Dubai’s unapologetic opulence that beckons you. This is a place where you can spend the morning hunting for local gems at the souk, the afternoon sipping champagne atop a camel in the desert and the evening dining at a hotel with one of the most spellbinding views in the world.

However, while Dubai has risen to the top of travelers’ bucket lists, what many of them don’t realize is that if you do your homework, you can actually enjoy all these things—and more—in one thrilling long weekend.

Sound overwhelming? That’s where we come in. Here, we’ve pulled together some of the vast city’s glorious highlights so you don’t have to. It’s up to you how exactly you want to tackle each day (though we’d strongly encourage capping that camel ride at sunset), but this helpful guide covers all your Dubai essentials—from how to get there and where to stay to where to shop and where to… ski?

Live your best life in the clouds on Emirates Airlines.

Emirates Airlines flew me from New York to Dubai in their Business Class cabin and achieved the unthinkable: They turned a 13-hour flight into an experience I’d actually want to repeat. Fly Business or First Class, and you’ll get a complimentary chauffeured car to and from the airport and direct boarding access from a designated spot in the lounge. The Dubai lounge includes four restaurants, a cigar bar, a spa, marble showers and some very low-key gold-plated Rolex clocks hanging on its walls.

Once you’re aboard, the crew assembles an actual mattress bed for you, and to help ward off jet lag, the plane features special LED mood lighting to simulate the night sky and early morning. Then there’s the onboard lounge, which boasts one of the best bars you’ll find at 40,000 feet.

Head to the desert and cozy up to a camel.

If you have time for only one experience in Dubai, make it a desert safari with Arabian Adventures. There are a ton of different customizable versions, which can include an extremely bumpy journey over the sand dunes, sand skiing and sand boarding. The grand finale is usually a camel ride at the campsite. If that sounds a bit scary, rest assured that your jaunt will be fairly brief, pretty tame and totally unforgettable.

Dine in the tallest building in the world.

At.mosphere is on the 123rd floor of the Burj Khalifa, also known as the world’s tallest structure. It’s one of Dubai’s pricier dining options (a three-course lunch is about $185 per person, and that’s not including alcohol), but it’s worth it considering you’ll be sampling dishes like lobster tarte, black cod and foie gras in a sleek, cozy room with an incredible view from its floor-to-ceiling windows. Perched in the sky, you’ll be able to see the entire city.

Cool off at a beach hotel.

It’s hard to go wrong when selecting a hotel in Dubai, but we highly recommend choosing accommodations by the beach. It’s the desert and it’s hot, so you’re going to want to be close to the ocean. Jumeriah Beach Hotel is directly on the and it neighbors Madinat Jumeirah Resort, which is composed of five separate hotels, so if you crash there, you’ll never get bored. Plus, most of the city’s nicer restaurants are located in hotels—which will only make your three-day sightseeing more efficient.

Embrace your inner Snow White at the Miracle Garden.

The Miracle Garden is a 780,000-square-foot petal-filled extravaganza, also known as peak Instagram fodder. Its lush creations change often but frequently include flower arches, enormous birds and storybook homes fit for the likes of Snow White (there’s currently a gigantic cat everyone should run to see). The mainstay is the life-size replica of an Emirates Airbus A380—it won the Guinness World Record for the largest floral installation in 2016.

Swim with the sharks at the Dubai Mall.

Because Dubai doesn’t do understated, the Dubai Mall is the largest mall on Earth. It’s more than 13 million square feet and contains 1,200 shops and boutiques (Chanel, Gucci and Louis Vuitton all make cameos). But it would only be a mall if it weren’t for its pièce de résistance: the Dubai Aquarium, a 245-ton tank on the ground floor filled with 140 species of oceanic creatures, including the largest number of Sand Tiger Sharks in the world. If splurging on that Dior handbag doesn’t feel risky enough, you can book a shark dive.

Hit the slopes at the Mall of the Emirates.

Yes, we know, another mall—but you don’t go here for the storefronts. Sure, it’s a perfectly nice place to browse, but the Mall of the Emirates is also where you’ll find Ski Dubai, a resort where winter sports fans can take a chairlift to the top of the slopes and then ski or snowboard down. If you didn’t come all the way to Dubai to get cold, you can snag a hot chocolate at the Avalanche Café and go watch the penguins frolic nearby.

Find the perfect souvenir in a local souk.

The city is famous for its souks, or street markets. Its most popular is the Gold Souk, which houses endless shops dedicated to selling the shiny metal in every form, but if you’re looking for unique souvenirs for friends, also hit up the Spice Souk, which sells traditional favorites like turmeric and saffron, and the Textile Souk, an excellent source for silk fabrics. If you want a truly personalized gift, go to the Perfume Souk, where you can craft custom fragrances. Just don’t forget to make one for yourself—you’ll want to bring a little Dubai home with you.

[Ed. note: The trip on which the reporting in this story was based was paid for by Emirates Airlines, who had no influence over the story.] 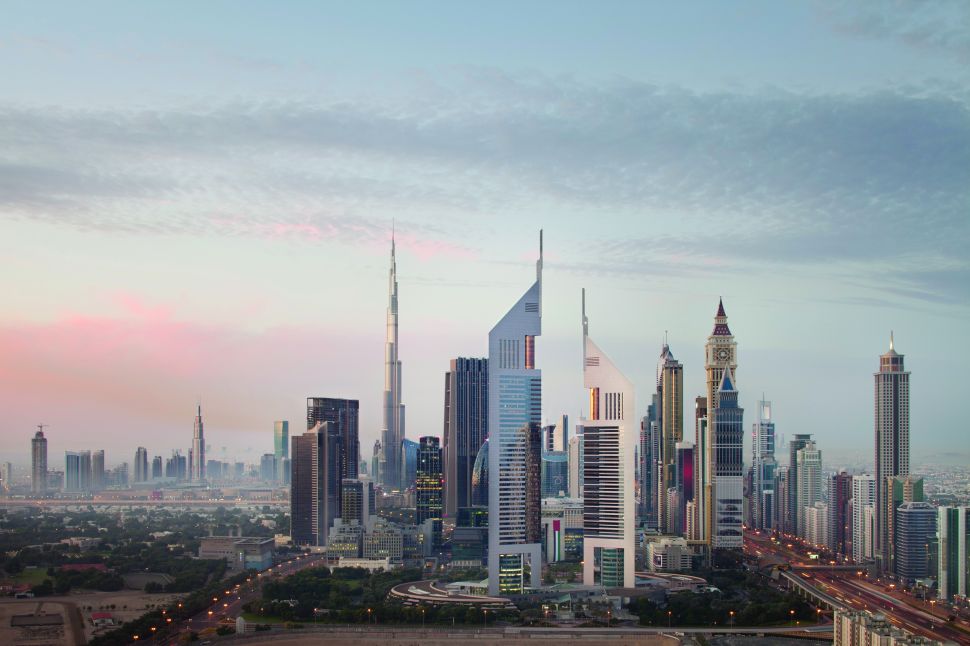