Elon Musk has said that 2018 has been the most “excruciating and painful” year of his career. In the past year, both he and his electric car company, Tesla, have been embroiled in a number of controversies, from repeatedly missing Model 3 production goals to Musk’s worrying mental health status and his erratic tweets over the summer which led to a months-long battle with the SEC and a leadership shakeup at Tesla.

This weekend, the 47-year-old entrepreneur came back under the media spotlight and gave a wide-ranging interview to CBS News’ 60 Minutes, in which Musk opened up about the sharpest criticisms and doubts surrounding him and Tesla in 2018 so far.

On Being a Public Company CEO

“I am somewhat impulsive. And I didn’t really want to try to adhere to some CEO template,” Musk said.

For sure, that “CEO template” includes running public statements by a public relations department before showing them to the world. The most memorable instance of Musk failing to do so this year was his unexpected tweet in August in which he announced the intention to take Tesla private. The tweet sent Tesla shares soaring—so much that trading had to be suspended for a brief hour—and subsequently led to a months-long SEC investigation over whether such behavior would qualify as securities fraud.

On His Erratic Tweeting Habits

“I’m just being me,” Musk said. “I mean, I was certainly under insane stress and crazy, crazy hours. But the system would have failed if I was truly erratic.”

“I use my tweets to express myself,” he added. “Some people use their hair. I used Twitter.”

At the end of the investigation, Musk reached a deal with the SEC under which he would pay a $20 million fine and step down as Tesla’s chairman for at least three years, which left him not particularly happy.

Just want to that the Shortseller Enrichment Commission is doing incredible work. And the name change is so on point!

On Whether Tesla’s New Chairwoman Will Supervise His Work

“It’s not realistic in the sense that I am the largest shareholder in the company. And I can just call for a shareholder vote and get anything done that I want,” Musk said.

That doesn’t mean he would want that title back, though. “I actually just prefer to have no titles at all,” he said.

Social media and Musk’s leadership style aside, what Tesla fans and investors were most concerned about in the past year was the struggling production progress of Model 3 cars, Tesla’s first model designed for mass production and a key indicator of the company’s success in the mainstream automobile market.

Musk has gone to great lengths to catch up with the ambitious Model 3 production goals, including working around the clock and sleeping on the factory floor. But that’s just him being committed to building cars. You should still have second thoughts before buying into any of his quantitative promises.

“Punctuality is not my strong suit. I think, uh well, why would people think that if I’ve been late on all the other models, that’d I’d be suddenly on time with this one?” he said. “I’ve never made a mass produced car. How am I supposed to know with precision when it’s going to get done?” 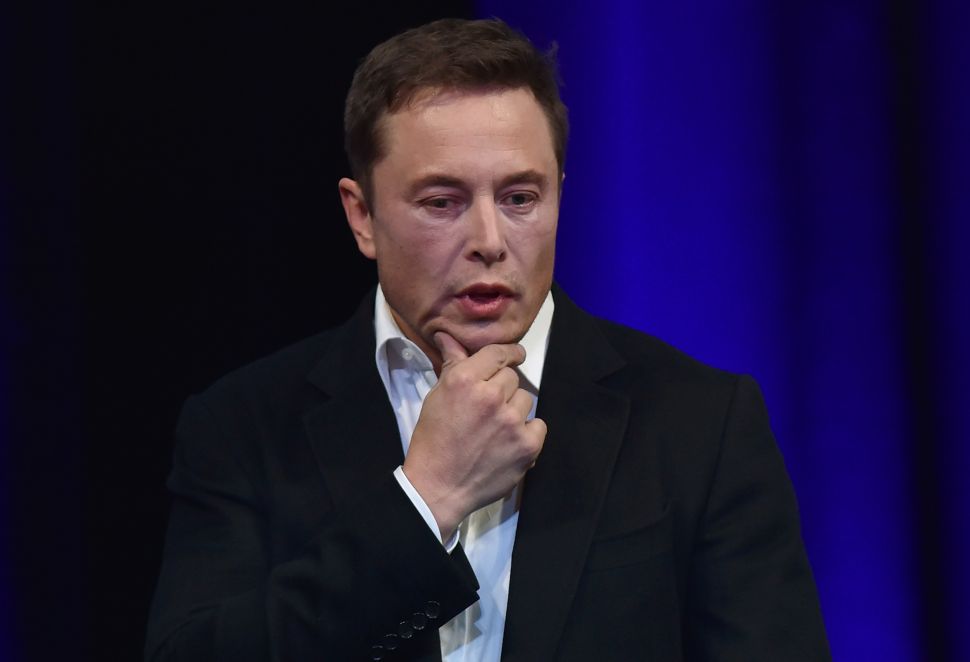