Bitcoin and blockchain are two of the hottest buzzwords in tech this year. (Guess what’s the No.1 question Americans Googled in 2018?) To most people, blockchain relates to Bitcoin in the same way banks relate to dollars, which explains why the recent crash of Bitcoin and similar cryptocurrencies have prompted many blockchain believers to exit the space.

But the inventor of Ethereum, the third-largest cryptocurrency after Bitcoin and XRP, Vitalik Buterin, doesn’t believe losing faith in blockchain because of cryptocurrencies is a smart move. This week, the 24-year-old entrepreneur went on a tweetstorm to explain why he thinks blockchain is here to stay and what you really need to know about this technology.

Vitalik began the thread by addressing the most pressing issue concerning many blockchain believers, including Bitcoin miners: the cost of confirming a transaction on the network. Vitalik argued that the current high computational cost of running the system will drop significantly as more people use it. “As blockchain scalability gets better and better, and UX (user experience) improves and fees drop as a result,” he wrote. “This will become a bigger and bigger part of the story.”

He then pointed out a common misunderstanding about blockchain when it comes to its non-financial applications: Blockchain is just an extension of cryptography technology that we already use in day-to-day communications, such as electronic signatures on digital files.

But blockchain is actually a lot more powerful than existing cryptography technology in securing digital transactions because of one revolutionary feature.

“One under-appreciated way to view blockchains is as an extension of cryptography that does different things. Cryptography allows you to encrypt data, prove data was signed by someone, etc. Blockchain, on the other hand, allows you to prove that a piece of data was not published,” Vitalik explained.

One recent example he cited was an app that can verify whether or not a digitally signed university degree has been revoked. “A degree is certified with just a digital signature, but revocations are put on [a blockchain]. With cryptography alone you can’t check that a revocation was *not* signed; but with a blockchain [you can],” he wrote.

4. To check that a degree was not yet revoked, you simply scan the chain and check all of the logs of the revocation contract. If a given degree was signed, and the revocation is not found on chain, then that means it's still valid.

Vitalik went on to propose a few more similar use cases, including verifying the integrity of bids during an auction and verifying revocations in “self-sovereign identity” systems.

His main point is, people should look at blockchain beyond its applications in digital currencies and should not be discouraged by the dramatic changes in cryptocurrencies’ dollar value. As Vitalik’s co-founder Joseph Lubin recently told Observer, blockchain today is somewhat like the internet in the 1990s; there was a lot of “boom and bust” in the early stage, but the underlying technology eventually evolved into an inseparable infrastructure of society.

“Computers have become one trillion times cheaper per unit computation in the last 70 years. Human labor has gotten two to 10 times more expensive. So incurring high technical costs to achieve reductions in social costs is at least sometimes a very good bargain,” Vitalik concluded. “Non-financial applications have a leg up over financial ones in one important sense: there is less at stake if they break, so fewer reasons to fear deploying them fairly quickly. So they could be the first applications deployed widely, especially in institutional contexts.” 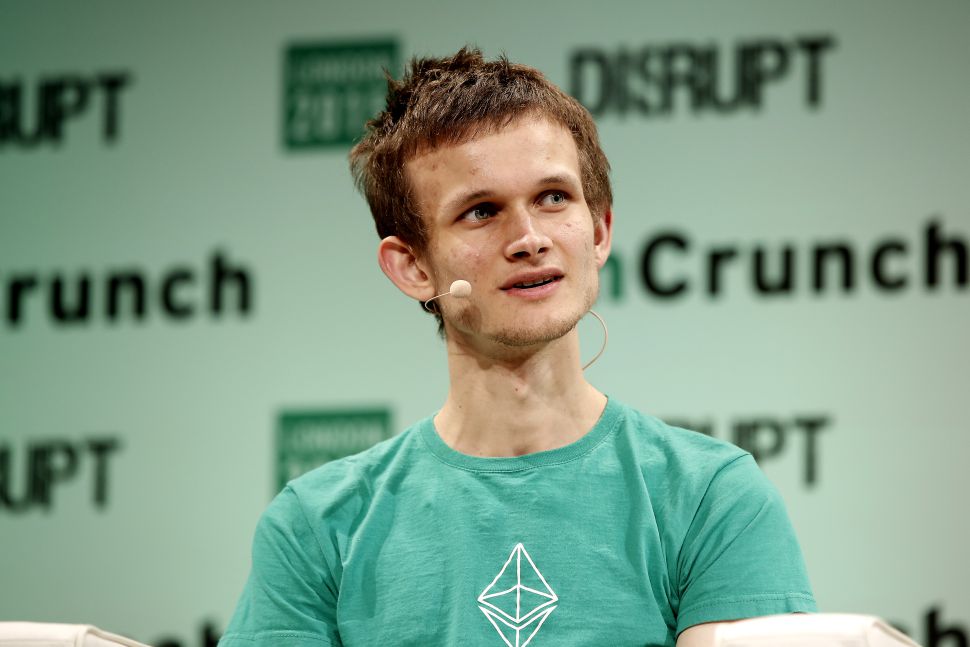