On Tuesday, Google CEO Sundar Pichai testified before Congress for the first time to address the many controversies surrounding the company over the past year. When questioned by a few lawmakers about Google’s rumored development of a search product for China—which will be forced to comply with Beijing’s censorship rules—Pichai said the effort was “limited” and assured them that Google currently has “no plans” to launch a search engine in China.

But back home, Pichai’s calm defense was not taken so well by his own employees.

Google’s intention to return to China, a market the tech giant abandoned 10 years ago over government censorship concerns, was leaked in August, when an employee working on the project told The Intercept that Google had been developing a search engine under the codename “Dragonfly” for over a year.

Until then, the plan inside Google had been to launch the search engine as soon as possible, according to two Google employees interviewed by The Intercept after Tuesday’s hearing.

“What Pichai said [about “Dragonfly” being an experiment] was ultimately horse shit,” one Google employee familiar with the project told the news site. “This was run with 100 percent intention of launch from day one. He was just trying to walk back a delicate political situation.”

According to another Google employee speaking to The Intercept, the censored search engine was schedule to launch sometime between January and April 2019, but the progress was slowed down by the unexpected leak in August.

The “Dragonfly” project was first discussed by Pichai and a handful of executives on the search team in 2016. The actual development of the search engine was led by Scott Beaumont, Google’s head of operations in China and Korea. During its year-long development, Beaumont had carefully kept the project a secret among a few hundred Google employees (out of the company’s 90,000 staff members), according to the whistleblower report in August.

“[Beaumont’s] endgame was very simple—his ideal circumstance was that most people would find out about this project the day it launched. He wanted to make sure there would be no opportunity for any internal or external resistance to Dragonfly, but he failed,” one Google employee told The Intercept after Tuesday’s hearing. 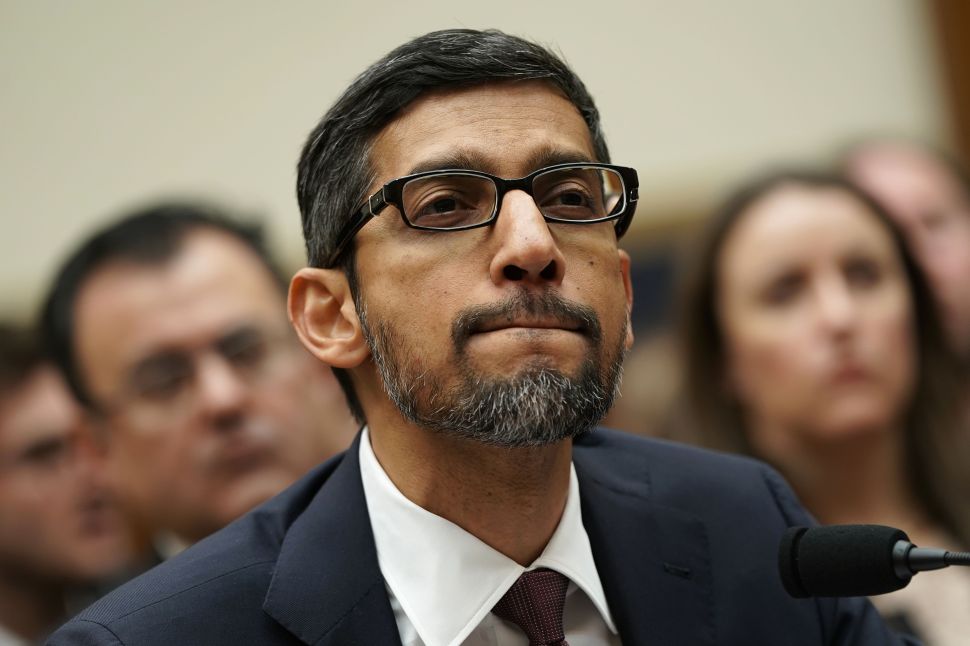