Mission: Impossible—Fallout is the most fun we’ve had in theaters all year. Watching it is like mainlining Red Bull while receiving electroshock therapy. If you did not make time to see this film, then you have dishonored your family and must now commit the ancient samurai art of ceremonial seppuku.

OK, you don’t have to go that far, but Fallout truly is the best action film since Mad Max: Fury Road, with a handful of stand-out sequences that leave you slack-jawed in a dazed state of “Holy shit.” One scene in particular—the bathroom brawl, which somehow immediately follows Tom Cruise’s astonishing HALO jump from a real-life airplane—has emerged as a fan favorite thanks to the endlessly GIF-able Henry Cavill.

You’ve all seen it by now—Cavill’s increasingly pissed-off Agent Walker reloading his arms as he re-engages in fisticuffs with a bad guy. What you may not have realized, however, is that this move is so instantly iconic that it gives Cavill the special powers to grow a beard and a front shirt pocket at will. Watch closely.

Cavill recently spoke to Collider and explained the training, preparation and shooting of the Hall of Fame–worthy action scene.

“Wade Eastwood and his team (Eastwood Action Stunts) put the fight together over the course of shooting early in the movie,” Cavill said. “Tom and I had slightly different schedules, so we worked with each other’s respective doubles for training purposes and then with Liang Yang directly as well, because he was actually the guy who would be giving us a hiding! We trained and got the fight choreography and the various stunts drilled into our muscle memory during any moments that we could get away from the shooting schedule.”

Cavill added that the role was one of his most demanding yet. “Well, there were the numerous near-death experiences that gave this one a bit more tickle than the others,” he said. The lavatory scuffle alone took an intense, uncomfortable four weeks to shoot. “Best memory was when Tom and I finally confessed to each other how much pain we were in,” the actor said. “Pretty sure that was the very last day of shooting the fight!”

You see, blockbuster action movie stars, they’re just like us. They feel pain too. Now, if you don’t mind, we’re going to YouTube that scene for the 683rd time. 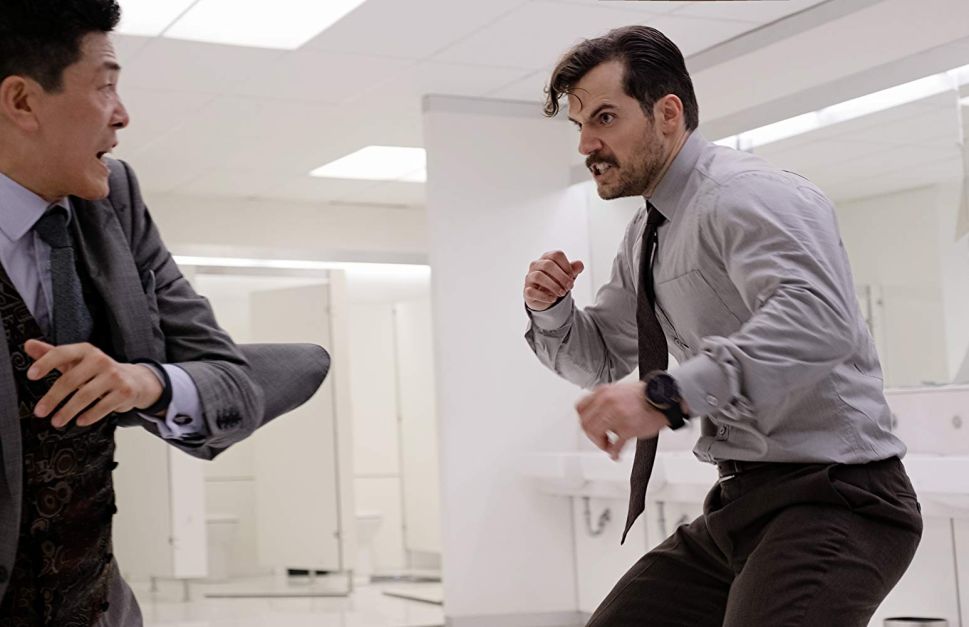