Who can forget the famous Seinfeld episode in which Jerry and Kramer visit an operating room to watch a splenectomy from an overhead viewing balcony? During the procedure, Kramer accidentally drops a Junior Mint candy into the patient’s open surgical cavity; in the end, the patient acquires an infection and nearly dies. For a show that was about nothing, this particular episode made light of a real issue that has continually plagued the modern health care system—and one that hasn’t really improved much since the original airing of that “Junior Mint” episode in 1993: the deadly nature of hospital-acquired infections, better known as HAIs.

Last month, the Centers for Disease Control and Prevention (CDC) made some news by announcing in The New England Journal of Medicine that health care’s fight against HAIs had charted some mild improvement, but the reality is that in the United States, nearly 100,000 people still die each year from HAIs—infections acquired in a hospital or health care facility unrelated to whatever health issue took the patient there in the first place. According to The Becker Hospital Review, roughly 1.7 million hospital-associated infections occur annually in acute-care hospitals, which results in total direct, indirect and non-medical social costs estimated at roughly $147 billion annually.

Bottom line: Despite recent inroads, hospitals are still very dangerous places, and all of us are footing the bill.

“The CDC’s estimate of 99,000 annual deaths attributed to HAIs is tantamount to 270-odd people dying per day in the U.S. due to infections they acquired while in the confines of a healthcare facility or hospital. That is like one large commercial airliner falling out of the sky with no survivors, each and every day,” remarked Paul Chaffin, who heads up the health care division at Ecolab, a leading U.S. company that is on the front line in the fight against HAIs. “It’s a huge issue and we are working with health care partners across the U.S. and abroad to help make facilities safer for everyone involved, but there are no magic solutions; it’s about improving processes and changing behavior.”

Chaffin’s point hits on the core reason why addressing the challenges presented by HAIs is so difficult: hospitals, by their very nature, are where people with all different kinds of infections congregate, and keeping them clean isn’t only about using better soaps and cleansers; the real challenge is addressing hospital procedures and processes—endeavors that, in the modern hospital, are still inherently very dependent on human beings.

“As long as people are involved in the delivery of health care, infection will always be a risk,” observed Frank Jaskulke, the vice president of intelligence at the Medical Alley Association, one of the nation’s preeminent trade organizations for health care and health technology companies. “Our best bets for reducing infections lie in technologies that make processes clean, consistent and repeatable. While industry leaders like Ecolab are already having a major impact, there is still a lot of work ahead.”

For Sean Benson, the former general manager of specialized surveillance at global health IT giant Wolters Kluwer, the problem of HAIs may be even larger than the CDC’s official statistics indicate.

“Hospital coding and reporting is inherently uneven across the industry, and I suspect that actual HAIs are probably more widespread than the numbers indicate,” said Benson. He encourages consumers to carefully review Medicare’s Hospital Compare website—a site the hospital industry does their best not to promote—which breaks down, albeit in a rather clunky fashion, a variety of indicators related to HAIs and compares them to national benchmarks. “You can see how your hospital stacks up against the national average,” added Benson.

All of this leads us to something that just a few years ago seemed to be the sole domain of science fiction: the robotization of health care—specifically the automation of disinfecting hospital rooms, where many HAIs occur.

According to Chuck Dunn, the CEO of Memphis-based Tru-D Smart UVC, numerous large-scale studies have concluded that only 50 percent of all pathogens are effectively removed from room surfaces in a typical hospital environment by traditional human cleaning. “It’s a necessary step, but there is no way a hospital can rely solely on traditional cleaning methods to disinfect its operating rooms and health care facilities. You need something more,” said Dunn, whose company produces a Star Wars-like UVC disinfection robot that floods hospital spaces with a pathogen-killing ultraviolet light that kills up to 99.9 percent of all infectious microbes potentially lurking in the shadows of an operating room.

Dunn is careful to point out that his Tru-D product, which has undergone successful clinical trials at Duke University Hospital and is now in over 300 hospitals across the country, is not a panacea. “Tru-D very significantly reduces the germs and pathogens in any given room, but if doctors and nurses forget to wash their hands, it’s all for naught,” added Dunn. “Health professionals, at the end of the day, are human beings, and not prone to replicating perfectly performed, each and every time, standard disinfection processes. Human error is a major factor in manual room disinfection—which is why HAIs have proven to be such a major challenge for hospital administrators.”

Danish company Blue Ocean Robotics is taking the fight against deadly hospital infectious disease to a new level. The company’s UV Robot was developed in conjunction with Danish state health care authorities as a solution for combating HAIs. Company executive Per Juul Nielsen describes his pathogen-killing machine as “Roomba meets Rambo in the fight against hospital microbes.” The company’s autonomous robot is completely mobile and equipped with a highly efficient UVC light disinfecting system.

Nielsen hopes that this is the droid hospitals across America are looking for. The Blue Ocean UV Robot is not yet available in U.S. markets, but company executives are planning to change that in 2019; currently, their product can be found making rounds at hospitals across Europe, Asia and the Middle East.

All of this innovation and high-end tech is promising, but what can you, as a consumer, do to avoid exposure to hospital pathogens and reduce your chances of acquiring a health care-induced infection?

According to Fox Business Channel analyst Ethan Bearman, who closely follows health care sector trends, the key for consumers hoping to limit their exposure to HAIs is to avoid becoming patients in the first place.

“For now, limit your sugar intake, exercise, get enough sleep and pray that your DNA is as tough as nails. The name of the game is taking care of yourself and not getting sick, because once you enter a hospital or health clinic, you are putting yourself at risk,” warned Bearman. “Hopefully, in the near future, with all the innovation in technology and advancement in processes happening across the hospital industry, we can make health care-acquired infections a thing of the past. But for now, HAIs constitute the biggest health crisis that not enough people are paying adequate attention to—and that includes us in the media.” 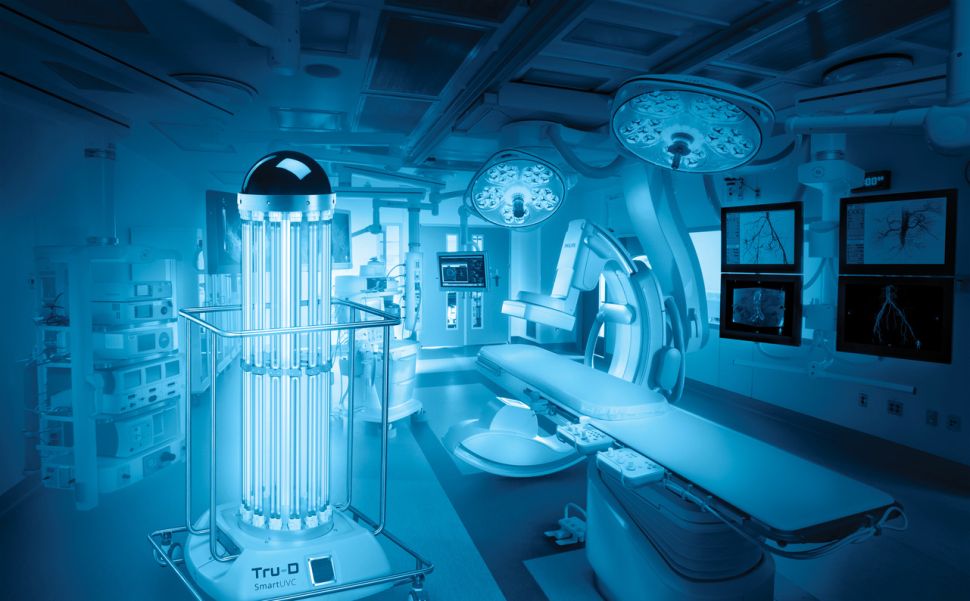