“Quick Check summer sub days” might be the most grating jingle and nonsensical phrase to communicate the fact that a New Jersey convenience store will make your sandwiches fresh to order, but here we are in the depths of winter, still inadvertently bursting into song at any mention of subs, summer, or Sundays for that matter.

And with the colder weather, we’re also spending more time than ever curled up on the couch bingeing the season’s peak TV. If it’s Hulu you’re watching, you’ve no doubt found another ad to rival “Quick Check summer sub days” in annoyance—both by its content and the sheer number of times you’ve seen it.

According to data from N Screen Analysis, the “vast majority” of Hulu subscribers are believed to be on the company’s “Limited Commercials” plan for $7.99 per month (Hulu did not respond to requests for comment). While the streamer averages fewer commercials per hour than cable and satellite networks (nine minutes on Hulu, 14-and-a-half minutes on broadcast networks, and 16 minutes on cable) viewers are bound to notice that the streaming service is prone to repeating the same commercial multiple times during the same program. A rudimentary analysis conducted by Observer (with the help of a few friends) found that just over 40 percent of ads for the same company, film, or television series aired twice or more during one single program, most of which were roughly 45-minute shows.

“Platforms like Hulu want to simultaneously manage ad placement to optimize the sale of inventory while ensuring that users don’t become frustrated and tune out,” says Richard Broughton, the research director at Ampere Analysis. “The advertiser, meanwhile, wants the right mix of repeat viewings to drive brand recall and reach new audiences.” If Hulu is serving up ads too often, it could be hurting the brands paying its bills.

This is just the latest manifestation of a larger, decades-old problem in the advertising biz: the question of how much is too much. Viewers are more likely to buy a product—or at least remember a company exists—if they see a commercial more than once. But a commercial viewed too often can become an albatross for everyone. The bombardment tactic of the latter seems to be Hulu’s current strategy. And while it goes against some conventional wisdom held by the ad industry, Hulu’s approach might actually indicate that the old model’s just not cutting it to sell products in today’s world.

While experts disagree about the optimal number of ad exposures, the debate among think tanks generally pins the number on two to three exposures at most. A Facebook research project, collaborating with Oracle, gets way more specific: “The ideal average exposure frequency is one to two impressions weekly over at least 10 weeks.” That’s far less than what Hulu appears to be serving up to customers, given that viewers are rarely watching one single program in the space of a week.

Once this mysterious threshold has been breached, viewers enter an “awareness plateau” defined by grogginess, irritability, and the sudden urge to never watch a particular commercial ever again. In the industry’s clinically-inclined jargon, the commercial then shows “signs of diminishing persuasive impact,” enters “wear-out,” and is replaced.

Part of the problem of assessing what makes for the optimal number of impressions in today’s climate is the unprecedented changes that have taken place in the entertainment industry over the past few years. Prior to the advent of over-the-top (OTT) media providers like Netflix, Hulu, Amazon Prime Video and FireTV, ad viewership was pretty easy to track. The only outlet for video ads that audiences typically encountered was on broadcast TV. Today, it’s the Wild West. People engage with video media through so many different avenues––from cell phones to displays on gas pumps––that tracking advertising consumption has, rather suddenly, become just shy of impossible.

Streaming sites like Hulu and other OTT providers have collectively speared the development of a multi-billion-dollar industry over the course of less than a decade. Companies like Roku and Comcast can granularly analyze what ads and programming viewers watch, yet there’s currently no method for pooling that data to reliably estimate how many times an ad has reached a single person across all the platforms they access.

“OTT providers have a much more challenging time identifying who consumers are,” says Gary Savoy, vice president of Media at DataXu. “It’s a huge challenge that the industry needs to solve, and OTT providers are investing a lot of money, time, people, and resources to create a lighter ad load and a much more beneficial consumer experience.”

But propositions for what exactly constitutes a good consumer experience are littered within think pieces parsing through the future of advertising. Advertisers and platforms just want that balance between hocking their wares and keeping the masses entertained. It’s the grand bargain that’s existed for decades between viewers and brands. Corporate America will underwrite the cost of our favorite sitcoms and dramas in exchange for some of our attention and spend.

Reading through clippings from the last year on Hulu shows that the company is endeavoring to reboot that bargain for the 21st century. Hulu was born from advertising; it starting in 2007 as a free website where the latest episodes of popular network TV shows could be viewed with ads liberally interspersed. The on-demand streaming service has grown in the interim to include tiered plans that also offer an ad-free service, access to premium channel content, as well as a Live TV option for various fee levels.

Its mission to expand options for entertainment has always been accompanied by a goal to find the best ways to leverage its audience for advertisers. Despite recently posting a $1.5 billion loss, Hulu hired upwards of 40 employees “to enhance its advertising offerings” while reorganizing its company into the following groups: subscriber journey, technology & products, content and advertising.

Reading through marketing materials on the corporate section of Hulu’s website reveals that the streamer believes its viewers have a high threshold for ad watching, citing “9-plus exposures” as a sustainable ad frequency for its users. This is, certainly, on the higher end of the estimates mentioned above, but it’s not entirely unfounded.

Jennifer Burton, assistant professor of marketing at The University of Tampa, performed a study with results that basically affirm Hulu’s claim. “Every advertising textbook has the same perspective. Three to ten exposures have been held as the gold standard. Anything over that should become a diminishing return,” Burton says, but also thinks they’ve been getting it wrong. “Our research has found that there’s a huge jump in engagement once someone is exposed to an ad in excess of 10 times.” (Burton’s study is completely separate from and not affiliated with Hulu.)

Anecdotally, anyone can see that Hulu has adopted this type of ad frequency. “These companies wouldn’t be doing this if it didn’t work,” says Burton, “Our inherited knowledge on advertising is framed by studies from the latter part of the 20th century. The difference between then and now is that we are exposed to so many more commercials than before.” So perhaps Hulu, more than anyone, has caught on to the fact that we now need 15 impressions to get the same impact that five had 20 years ago.

Recent estimates state that the average American sees up to 5,000 ads per day. “We don’t even have enough brain power to process all that,” Burton says.

Attention and buying power, of course, are all but finite commodities. Advertisers and platforms will need to get creative to successfully compete for eyeballs and wallets. Hulu’s recent restructure, for instance, is part of an effort to focus on ad experiences that embrace the timeliness and seasonality of its library. Hulu execs estimate that revenue from non-intrusive advertising, like sponsorships on certain pages rather than ads that interrupt programming, will grow from its current rate of 10 percent to 50 percent by 2021. Recent tests of this process were seen in ads integrated onto the hub for the streamer’s Huluween release, and around programming for their space drama The First and the horror anthology Castle Rock.

Regardless, streaming and OTT are the future. Sixty million households use OTT and stream an average of 54 hours of content per month (up 28 percent from 2017). The vast majority of streaming occurs on Netflix, YouTube, Hulu and Amazon Prime, in that order.

Hulu subscribers, however, stream the most hours of content a month, by far (86 hours per month compared to 62 hours per month for Netflix subscribers, according to comScore’s presentation titled “State of OTT”). Ads suck, but they aren’t going anywhere and neither are Hulu’s viewers who are, for better or worse, the guinea pigs in the new frontier of advertising. 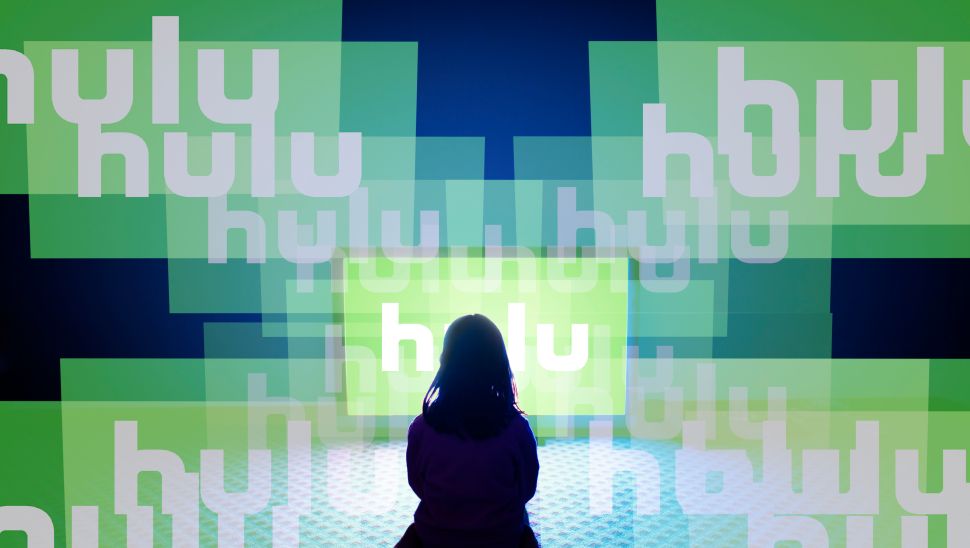