Christmas movie lists have a tendency to be overstuffed with a ton of half-baked options, some of which are just too niche to be true crowd-pleasers. If you ask us, the ultimate Christmas movie smackdown has to be between two critically acclaimed, widely agreed-upon classics that radically differ from one another in scope, tone and characterization: It’s a Wonderful Life (1946) and Elf (2003). Even the titles connote polar (sorry) opposition.

Director Frank Capra’s It’s a Wonderful Life is simply one of the greatest movies ever made, period. On a personal note, for many years my family watched this film every Christmas Eve or Christmas Day until the overwhelming emotional wallop packed by George Bailey and his regret-filled, ultimately extraordinary little existence became too much to bear. George, played by consummate American everyman Jimmy Stewart, is a banker who settled down and started a family instead of traveling the world, which is something he’s always wanted to do but has never done.

It’s the romantic element of It’s a Wonderful Life, which after all these years still doesn’t feel gendered or unfairly anti-feminist, that most effectively rips my heart in two. Mary Hatch (played by the luminous Donna Reed) has had a crush on George since childhood, and in every respect she “locks him down” and wins the man of her dreams. In turn, George finds the love of his life and the mother of his children. But in exchange, he gives up his dream.

We all know what happens in the end: George’s community finally gives back to him what he’s been giving to them all his life, and he is saved from the ruination triggered by his perpetual self-sacrifice. Yay, catharsis! But is this ending worth the heartbreak of watching George contemplate suicide? Of watching him rant and rave at his family in his darkest moments? Is It’s a Wonderful Life truly the best Christmas movie of all time, or just a great drama?

The best part of IT’S A WONDERFUL LIFE: George clearly saying “fuck me” in response to the kindness of the townsfolk. pic.twitter.com/Hz4mykcv7L

Enter Elf. Elf, directed by Jon Favreau, is the story of Buddy the Elf (played by Will Ferrell), a human man raised among Santa Claus’ toymakers who’s just discovered he’s actually the son of a spectacularly cantankerous children’s book editor (James Caan) who lives in Manhattan. Like George Bailey, Buddy is just beginning to realize that much of his life has been lost, never to return, to misconceptions and misinterpretations. Is it all one big lie? Also like George, Buddy hasn’t traveled much—he’s never been south of the North Pole.

Will Ferrell is a master of big and broad comedy, and Buddy the Elf is one of his most gloriously ridiculous creations. However, Buddy’s journey is just as universal as the saga George embarks on. In attempting to bond with his gruff, reluctant biological father, Buddy has to learn how to adapt to his harsh new surroundings without losing what makes him unique. In other words, Buddy is like every single optimistic outsider who’s ever stepped off the bus at Port Authority for the first time, not yet realizing they’re about to be smacked in the face with some cold New York City realism.

George Bailey’s journey is wrenching, and almost entirely internal. Buddy, on the other hand, gets to careen around the Big Apple in a holly green elf suit, screaming at cabs, flirting with a cute shopgirl (a pre-bangs Zooey Deschanel) and snoozing peacefully behind the glass windows of a decked-out department store. He’s the ideal externalist star of a hero’s journey.

More to the point, Elf is hilarious, and Christmas should be about lolling (and LOLing) around the house without a care in the world, not watching something that turns your impressions about the span of a single human life inside out and then stains your favorite snowflake sweater with buckets of tears.

So, definitively: It’s a Wonderful Life is an eternal classic, but Elf is the superior Christmas movie. But do yourself a favor and go watch them both. To all a good night! 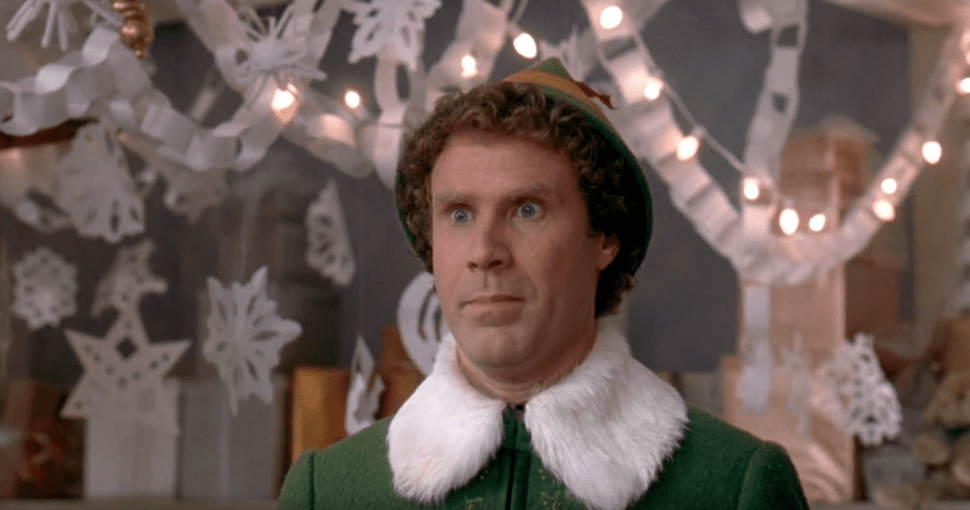