“This is the president of the United States calling a witness who has cooperated with his own Justice Department ‘a rat,'” Comey told reporters on Monday. “This is not about Republicans and Democrats, this is about what it means to be an American. What are the things we care about? Above our policy disputes, which are important, there’s a set of values that represent the glue of this country. And they are under attack by things just like that.”

This is from the President of our country, lying about the lawful execution of a search warrant issued by a federal judge. Shame on Republicans who don’t speak up at this moment — for the FBI, the rule of law, and the truth. pic.twitter.com/c5dhQBnmyi

“At some point, someone has to stand up, and in the face of fear of Fox News, fear of their base, fear of mean tweets, stand up for the values of this country,” Comey continued.

On Sunday morning, Trump tweeted that Cohen “became a ‘Rat'” after federal agents unlawfully raided the attorney’s Manhattan office this past spring. Several hours later, Comey shot back on Twitter, accusing the president of “lying about the lawful execution of a search warrant issued by a federal judge.”

“Somebody has to stand up and speak for the FBI and the rule of law,” Comey told reporters on Monday. “I hope there’s more somebodies than just me… the FBI’s reputation is taking a big hit because the president of the United States has lied about it constantly.” 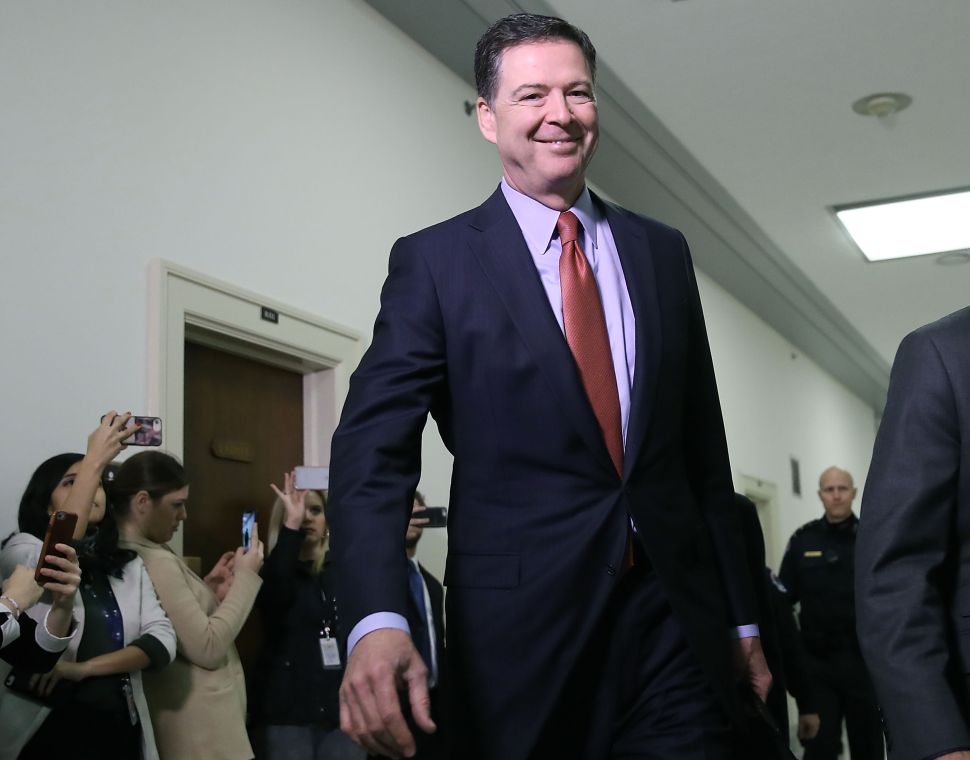