A 300-foot-long luxury yacht owned by fugitive Chinese Malaysian financier Jho Low, the mastermind behind 2015’s 1MDB scandal, has been put up for sale by the Malaysian government for a minimum price of $130 million, a steep discount from the $250 million that Low allegedly paid for it in 2014.

Malaysia set such a low floor price to lure potential buyers after no “acceptable” bid was received at an earlier auction that closed on November 28, Bloomberg reported.

The superyacht named “Equanimity,” furnished with a Turkish bath and a helicopter landing pad, is part of a $1.7 billion collection of assets that the U.S. Justice Department has sought to seize amid a cross-border financial fraud investigation. Prosecutors alleged that these assets were bought using money that Low illegally transferred from the Malaysian sovereign wealth fund 1MDB (1Malaysia Development Berhad) to his personal accounts.

Other assets on America’s wish list include: luxury properties, paintings, a private jet and royalties from the 2013 movie The Wolf of Wall Street, which Low financed.

Razak was arrested by Malaysia’s anti-graft authorities in September on charges of embezzling nearly $700 million from 1MDB. Low, who allegedly stole more than $4.5 billion from the state fund, is still at large.

Low’s crime was documented in the 2018 book Billion Dollar Whale authored by Wall Street Journal reporters Tom Wright and Bradley Hope. The book is set to be adapted into a film by SK Global Entertainment, the studio that co-produced the 2018 Warner Bros. movie Crazy Rich Asians.

The “Equanimity” vessel was first seized in July this year by Indonesian authorities in response to a request for legal assistance from the U.S. The boat was then brought back to Malaysia in August and was seized under the mutual legal assistance treaties among Indonesia, Malaysia and the U.S.

Malaysia is looking for a quick sale of the vessel, which is currently docked at the Boustead Cruise Center terminal in Port Klang, Malaysia. It currently costs the government $718,000 a month to maintain. 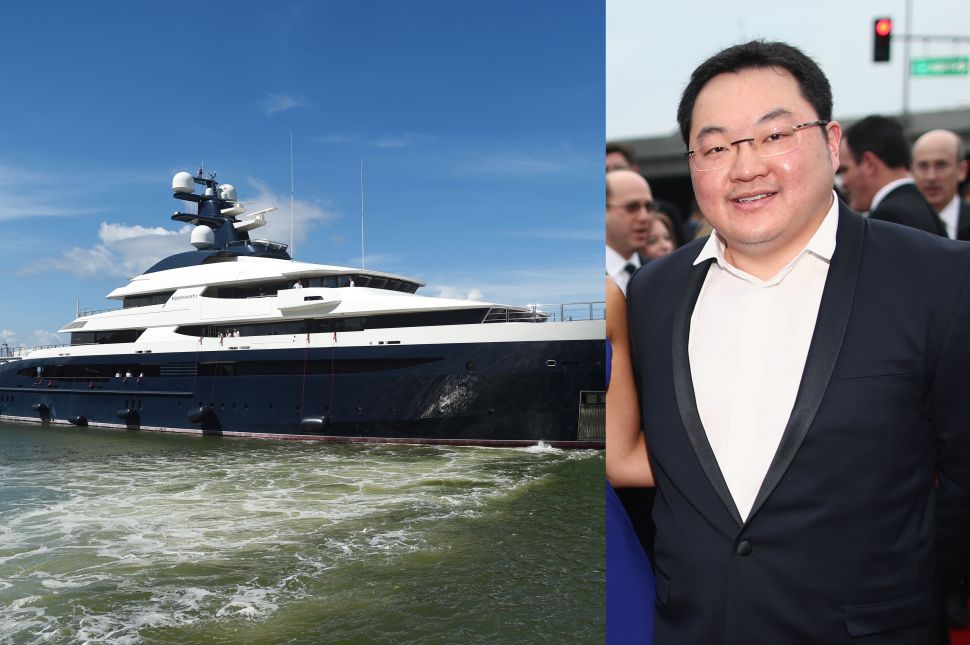