In February 2011, eternal Princess of Pop Ms. Britney Spears tweeted the best evaluation of the singer and actress known as Lady Gaga. “Does anyone think global warming is a good thing? I love Lady Gaga. I think she’s a really interesting artist,” Spears wrote.

Hot takes on climate change notwithstanding, Spears’ affectionate musings on the woman born Stefani Joanne Angelina Germanotta are shared by innumerable celebrities in the music industry who are just as awed and inspired by Gaga as her legions of Little Monsters are.

Over the weekend, Gaga kicked off Enigma, her limited-engagement greatest hits show at the Park MGM on the Las Vegas strip, and several prominent musicians were in attendance to cheer for her on her opening night.

They included Dave Grohl of the Foo Fighters, megastar (and Gaga competitor!) Katy Perry, Adam Lambert and none other than the Canadian high priestess (and fellow Las Vegas performer) herself: Celine Dion. In addition to this choice collection of pop royalty, Perry’s boyfriend Orlando Bloom as well as actors Jeremy Renner and Marisa Tomei also rolled through for the grand opening of Enigma. Katy Perry tossed a few generous smiles and modest dance moves Gaga’s way, but without a doubt it was Dion who seemed to be enjoying herself most thoroughly. Just look at her letting loose:

Celine Dion getting her life at Lady Gaga's show pic.twitter.com/Gj7oV28kf3

Gaga blazed through a compilation of her most popular songs throughout the Las Vegas set, and capped the evening off with an encore of “Shallow,” which is of course the most prominent song from A Star is Born, the Bradley Cooper-directed movie that speculators are betting will net Lady Gaga an Academy Award nomination for her starring performance.

Enigma, for the record, is a concept show that tells the story of Gaga’s search for self-discovery, guided by an alien life form who tips Germanotta into an acid-trip netherworld of explosive pop magic. “Gaga definitely committed to this storyline,” wrote Lyndsey Parker at Yahoo Music, “so much so that several fans in the theatre shouted, ‘Oscar!’ whenever she uttered her dialogue.” 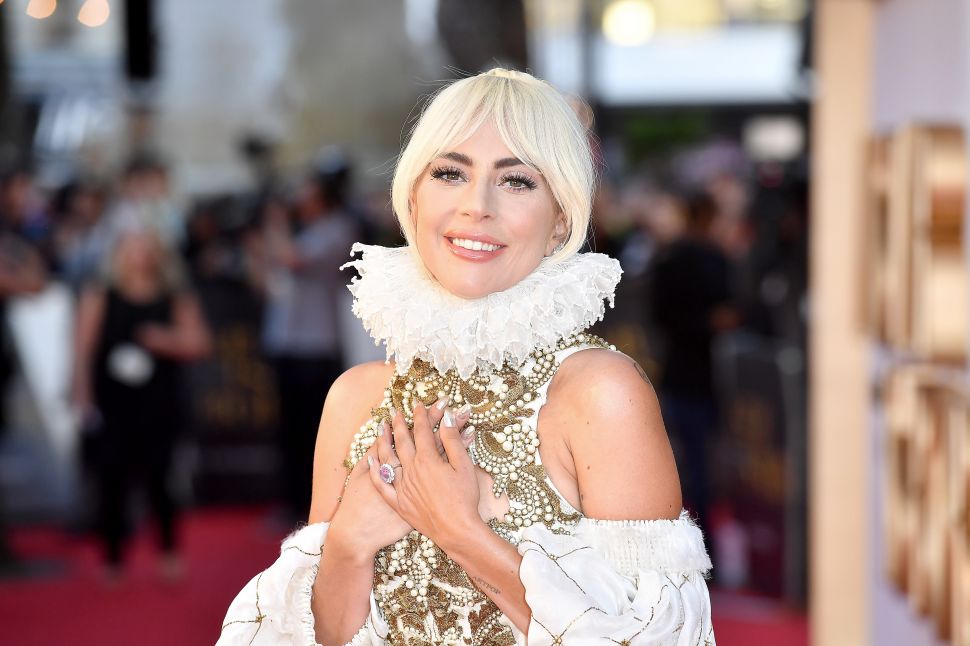