It was a moment of great pride last August when Bryan Miller purchased a half-a-billion-year-old fossil of a marine creature from Manhattan’s Astro Gallery of Gems. He felt just as pleased when he negotiated the cost from an asking price of $75,000 down to $30,000. The only proud moment remaining was to display the six foot tall fossil, which, as he told the New York Post, reminded him of “Hans Solo in carbon from Return of the Jedi.” But that’s where the problems began. When the object arrived after being shipped to his Utah home, it was in pieces. (Five large pieces, to be exact, and a bunch of slivers.)

Some email and telephone back-and-forths took place and, on December 11, a breach of contract lawsuit was filed by Miller, a 41 year-old life coach and philanthropist who lives in Salt Lake City, against the shop. Miller wants his money back. “I don’t know if repairs are possible, but it will never be the same,” he said. The 500 million year-old fossil “is essentially irreplaceable, destroyed through lack of care.”

Broken treasures and lawsuits: Two things that should be avoidable.

Astro Gallery of Gems did the packing of the fossil, but had not adequately padded it to protect it from bumps from other boxes that were being shipped by Federal Express Freight, he claimed, adding that the store had not marked the box “fragile” and that the bill of lading only indicated that the contents were “novelties and décor.” (The owner of Astro Gallery, Dennis Tanjeloff, was unavailable for comment.)

Something historic has been lost but, perhaps, there is a lesson in this from which we can all gain.

Things may look good on the wall, pedestal or display case of a gallery, but the item will need to be transported to the buyer’s home or office and it is during transit that damage to valuable objects frequently takes place. “In a lot of instances, the gallery owner thinks, ‘It’s sold, so let’s ship this thing as quickly as possible in order to pacify the buyer who is eager to have it,” said Colin Quinn, director of claims at AXA Art Insurance, which specializes in fine art policies. “So, they don’t take as much care in packing and shipping and insuring the object as they should.”

“In every purchase agreement that I write for a client, there is a carefully articulated statement about who is in charge of crating, shipping and insuring the object in question,” said Susan Duke Biederman, a lawyer in New York City who regularly counsels art collectors. “You want the insurance to be wall-to-wall coverage, and you want it crystal clear where the wall starts and where it ends.” But for the vast majority of buyers, their enthusiasm and knowledge doesn’t extend much past negotiating on price, and they leave more mundane issues like how it gets into their hot little hands entirely to the seller.

Someone will win, but we’ve all lost.

Not every purchase of artwork or other valuables will involve a written agreement, although the issue of who packs, ships and insures the object often is listed on the sales invoice. The more expensive the item, the more likely that the deal will include a more formalized agreement and the assignment of the costs of crating, transporting and insuring the piece to the seller. At $30,000, the likelihood that the seller would take on additional costs is reduced. “Thirty thousand dollars is not a lot of money,” Biederman said. “It’s a lot to spend on lunch, but it’s not a lot to spend in a gallery, and its not nearly enough to be worth hiring a lawyer.”

Another lesson that Miller, who otherwise is a collector of pinball machines, drew from his experience is to “know who you are doing business with. It was a store on Fifth Avenue, so I thought it must be reputable. I didn’t know that other complaints had been filed against the owner. I found all that out later.”

It’s a lesson that Miller will take into his further collecting pursuits, though here he seems likely to win the suit and receive his money back. The gallery will probably end up paying for the damage. But as Miller noted to the Post, when it comes to an object that is 500 million years old, ultimately it’s all of us who lose—”Destroying that fossil is like a tragedy for humanity,” he said.

A future for the fossil?

The amount of artwork and other objects that have been damaged beyond repair is unknown, but it is enough for the Salvage Art Institute, a nonprofit project that creates and tours exhibitions (titled “No Longer Art”) of broken objects. They are are the gifts of AXA Art, who occasionally donates the pieces (literally) to the institute after paying a claim for a total loss.

According to the Institute’s web site, the objects they deal with have been “cast into art’s nether world, no longer alive for the market, gallery or museum system, but often still relatively intact.” Once Miller’s claim has been settled, perhaps Salvage Art might prove to be the right final resting place for this remarkable precursor to The Last Jedi’s memorable prop. A current display of Salvage Art’s holdings is on view at the Museo de Arte de Zapopan in Mexico through March 24, 2019. 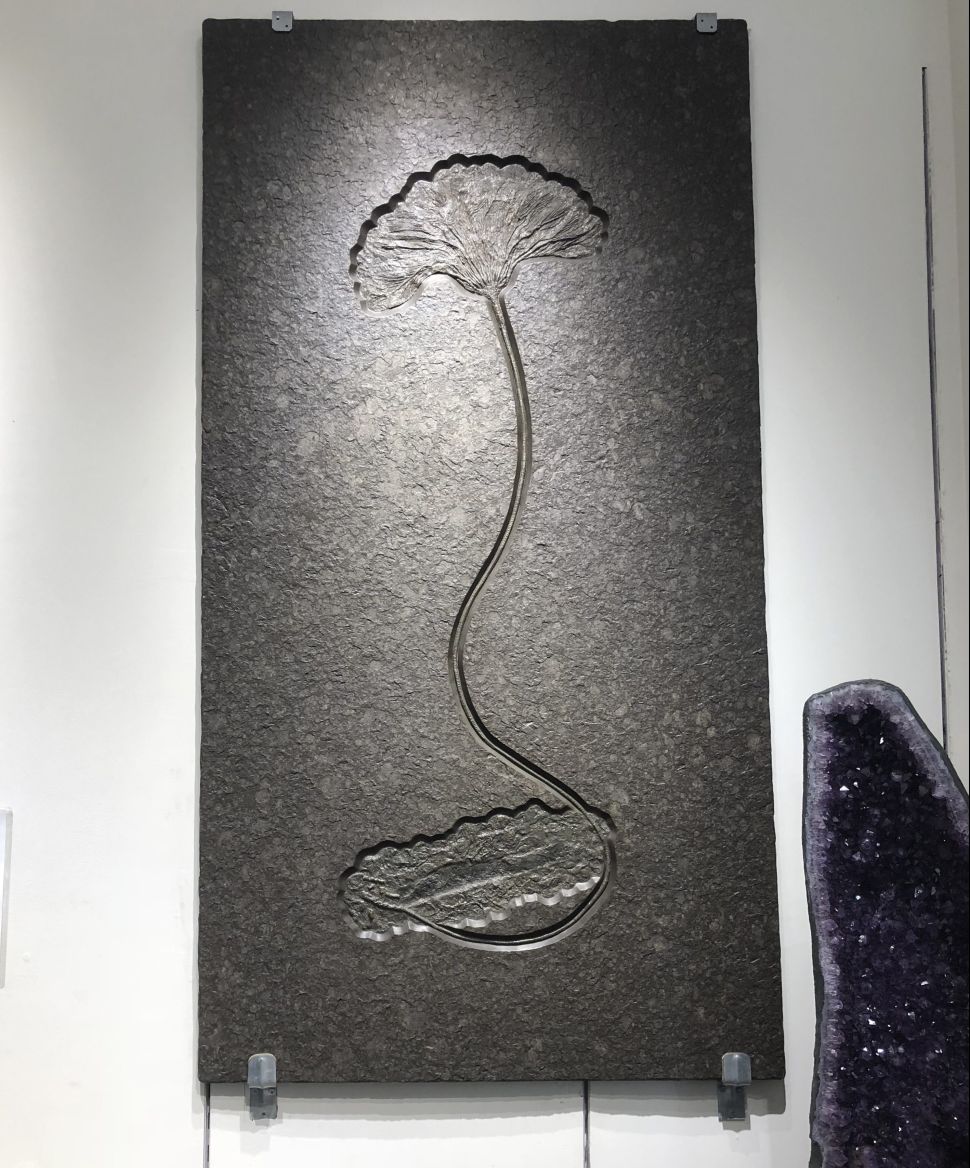