“I’m the worst person to give dating advice. I’ve been married twice. The second time, I got a lot smarter, but still,” Ginsberg said jokingly on stage Monday at Business Insider’s IGNITION 2018 in New York.

That said, Ginsberg, who has worked on the forefront of online dating for over a decade, does have some true insight on what the millions of single people on dating apps might be missing.

“What we’ve found on a lot of our platforms is that what people want and what people say they want are two different things,” she said. “For example, people would say in their profile, ‘I want somebody six-foot-tall and Jewish,’ but all of a sudden you start dating [someone completely different]. People often end up breaking their own criteria.”

And, believe it or not, that rule has applied to Ginsberg’s personal life as well.

“I was actually married to a 6’2” Jewish guy the first time around, but then I ended up with a very cute, short Indian guy,” Ginsberg said with a laugh. “Sometimes you’d look at people in the real world and wonder, ‘that’s such an interesting couple. They clearly have chemistry, but I wouldn’t have seen them together.’ That happens on dating apps as well.”

“So, the holy grail for us is how do we figure out a way to give people a much better indication of chemistry?” she added.

Ginsberg took charge of Match Group in January, replacing former CEO Greg Blatt, who left the company in December 2017. Before that, Ginsberg had served as the CEO of Match.com for seven years and led Match Group’s North America business.

Currently, the various dating apps under Match Group have a combined subscriber base of over 10 million.

And if there was ever one piece of universal advice on dating, that would be to “stay open-minded” and be patient, Ginsberg said. “Half of the single people in America today are on these dating apps, so it’s a matter of finding the right chemistry and the person out there.”

Correction: A previous version of this article inaccurately stated that Match Group’s former CEO Greg Blatt was ousted in July 2017. 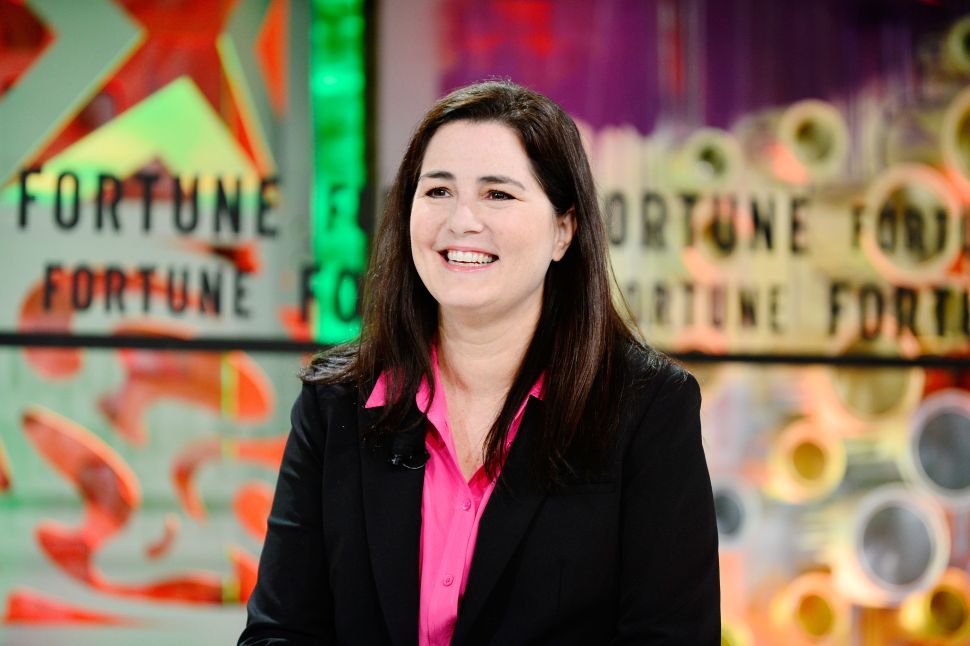