Another revisionist look at bloody British history that plays ping-pong with the facts to jazz up the interests of modern moviegoers, Mary Queen of Scots re-tweets the royal rivalry between Protestant monarch Elizabeth I and her Catholic cousin Mary Stuart, both of whom claimed to be the rightful heir to the throne in a divided British Empire during the 16th century. A debut feature by London stage director Josie Rourke, the movie has numerous faults (especially with a number of literary liberties) but is consistently polished enough to keep history buffs fascinated.

This fuzzy chapter in England’s ever-popular folklore has been told dozens of times, but the apparently insatiable thirst for historical pageantry and pomp that fuels movies, plays and TV shows is well served by two vibrant stars who keep things churned and balanced from start to finish. It’s all about Mary Stuart (Saoirse Ronan), who seized the throne in France at 16, was widowed at 18, and returned to Scotland in 1561 where her cousin Elizabeth (Margot Robbie) had inherited the monarchy, succeeding Henry VIII’s other daughter and her older sister (also named Mary). Both Mary Stuart and Elizabeth I found themselves in the awkward position of ruling at the same time, which forces the film to tell two stories simultaneously (a challenge it does not always meet coherently).

Both women were unmarried, with no apparent heir, so they had to find a man. A multitude of tertiary noblemen at cross purposes apply, Catholics on one side and Protestants on the other, but the screenplay by Beau Willimon is so arch and the various accents so hard to decipher that the film is often too confusing to follow. Riddled with sores from smallpox, Elizabeth covered her ruddy face with so many layers of white imported rice powder and her bald head with so many hideous red wigs that she was a dim prospect for marriage, while Mary was wooed by many candidates.

Anxious to annex the two kingdoms as one, Elizabeth made generous gestures toward befriending her cousin, calling her “my sister” and even going so far as to offer her own lover as a husband. Real animosity surfaces when Mary rejects Elizabeth’s choice and selects her own first cousin Henry, Lord Darnley (a terrifically tortured Jack Lowden). But Henry prefers to sleep with men and the resulting scandal almost leads to civil war. She defies Elizabeth and marries him anyway.

Mary Queen of Scots turns dubious when both Henry and Mary seduce the same man (a black, bisexual court musician, played by Ismael Cruz Cordova—a highly unlikely adventure in the puritanically Catholic Edinburgh of 1565) who gets massacred for his versatility in bed. Henry is not remotely interested in sexual intimacy with his wife, but he is so desperate to become a king that he finally surrenders to Mary’s sexual demands and the movie asks us to believe that the future of the British Empire is determined by Henry’s talent for oral sex.

Eventually he manages to produce a son, James, who succeeds Queen Elizabeth as the next ruling British monarch, and Lord Darnley pays for his gift to history when his house is burned down with his latest lover inside and he is murdered by vengeful members of Mary’s court. She turns for protection to Elizabeth, who betrays her and sentences her to imprisonment, misery and death by beheading in 1587. Fame and fortune weren’t much fun in the 16th century. Mary had a better time when she was Katharine Hepburn and Vanessa Redgrave.

The two stars, however, have a fine time indeed. In the title role, Saoirse Ronan is a majestic monarch with patrician beauty and terrible taste in men, while Margot Robbie controls her own side of the screen as Elizabeth I, frightfully made up like a Halloween zombie in a challenging role even deeper and more demanding than disgraced ice skater Tonya Harding in I, Tonya. Unfortunately, the film begins with Mary’s execution, so there is no suspense about the tragedy that awaits her at the end.

Elizabeth has always been labeled the “Virgin Queen,” but here she is as ready, willing and randy as everyone else. Mary has always been depicted as a treacherous, scheming demon, but this time she’s  more of a victim than a villain. Both women were imprisoned by their own time, surrounded by an army of disloyal advisors and a court of ruthless liars (in Mary’s case, even her husband and her own brother James, played by James McCardle). The film suggests that in reality, they had more in common than they knew, but the two queens do not come face to face until the very end, depriving us of the thrill of watching two dynamic stars in the same scene.

You go away from Mary Queen of Scots sated but exhausted. The problem, as I see it, is that in spite of director Josie Rourke’s solemnity, her passion for translating history into modern terms doesn’t always jell. Too many attempts are made to insert conflicting feminist values, premature hints of sexual revolution, kinky athletics in bed, and a revisionist assumption that corrupt politics were leavened by racial tolerance—inserted at the expense of historic facts. The movie is a compassionate and provocative fiction that is not always convincing. I liked it, but bring on the fact-checkers. 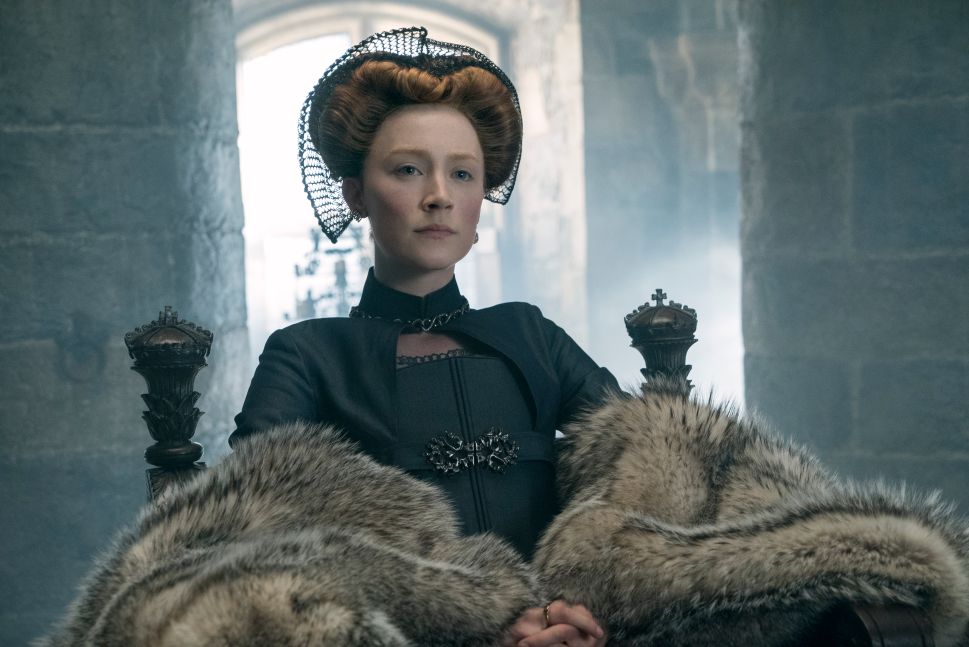