The foursome headed to Chiltern Firehouse for dinner, according to Page Six, where we imagine much of the conversation revolved around tequila. After all, Brooksbank is a brand ambassador for Casamigos, the tequila brand Gerber and George Clooney founded and sold last year for a reported $1 billion.

Hopefully, it wasn’t too awkward that Crawford and Gerber didn’t make it to Princess Eugenie and Brooksbank’s plastic-free, eco-friendly nuptials earlier this year—it’s still unclear as to whether an invitation was extended or if perhaps the model duo had prior commitments. 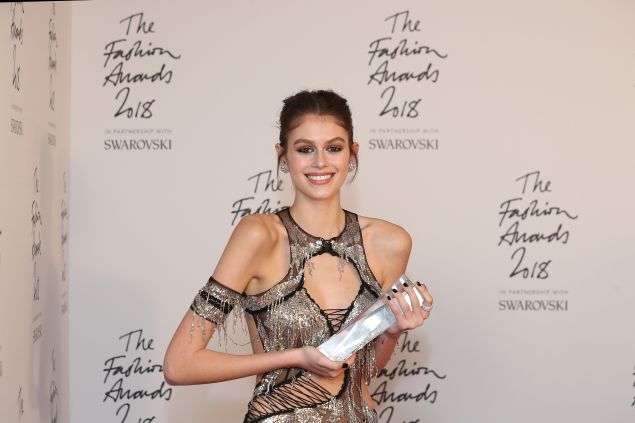 Princess Eugenie wasn’t the only royal Crawford and Gerber met up with during their time across the pond. The couple flew to London in order to attend the British Fashion Awards along with their children, models Presley and Kaia Gerber. Kaia ended up winning Model of the Year.

However, the biggest surprise of the night was when the Duchess of Sussex made an unannounced appearance. Meghan Markle’s surprise cameo came at the end of the evening, when she went on stage to present the final award, for British Designer of the Year Womenswear. The winner was Givenchy’s artistic director Clare Waight Keller, who designed Markle’s wedding gown for her nuptials to Prince Harry, and who has continued to dress the Duchess of Sussex for numerous engagements now that she’s a royal.

“I feel especially proud to announce tonight’s winner, who is a British designer leading on the global stage with vision and creativity, but also with incredible kindness,” Markle told the crowd. Fittingly, Markle donned a one-shouldered black velvet Givenchy column gown for the occasion, showing off her baby bump.

Last night The Duchess of Sussex presented the British Designer of the Year – Womenswear to Clare Waight Keller at the @BFC #FashionAwards. pic.twitter.com/kECmhCUpBy

Since returning from her and Prince Harry’s royal tour, Markle has kept many of her appearances and engagements under wraps, like her visit to King’s College London last week, where she discussed the role of higher education aiding in the fight against human trafficking, gender inequality and more.

And, of course, there was her secret meeting with Michelle Obama last week, where the two women chatted about female empowerment and adjusting into their new roles. Perhaps Markle and Prince Harry have a double date with Barack and Michelle Obama lined up for the near future. That way, the prince and former president can rekindle their bromance and determine once and for all which of them is the best Instagram husband 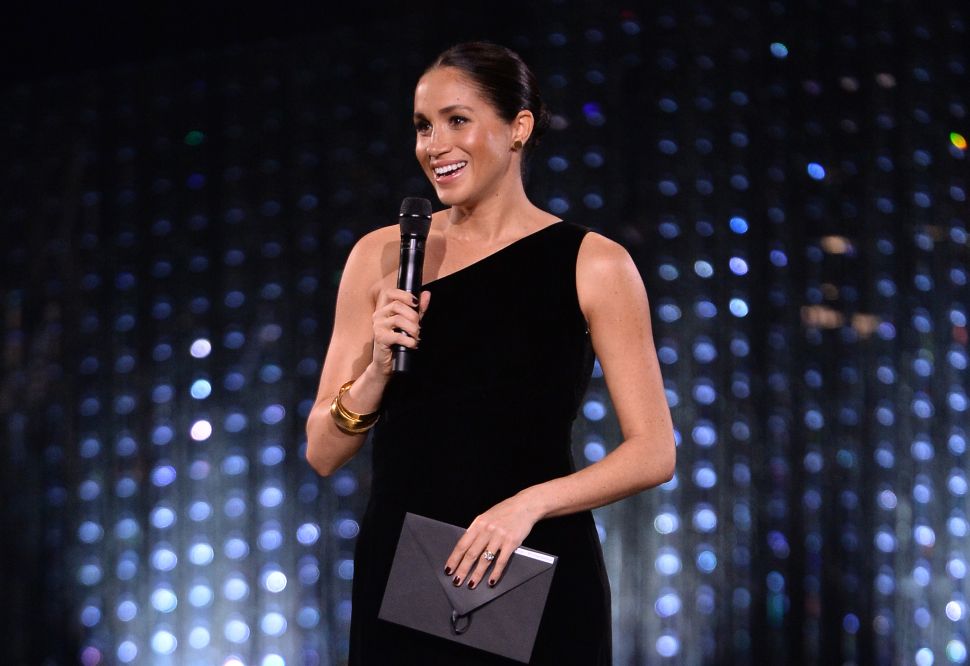