Kate Middleton and Meghan Markle arrived separately for Queen Elizabeth’s annual pre-Christmas lunch this week, with glimpses of their ensembles seen through the windows of the cars they rode in on, which were chauffeured by Prince William and Prince Harry.

The Duchess of Cambridge and the Duchess of Sussex chose very different outfits for the Queen’s Buckingham Palace luncheon, but both opted for recycle dresses they’ve worn in the past. It appears Markle is taking a cue from Middleton, who is known for repeating signature items in her wardrobe.

Markle decided on an Erdem look from her pre-royal days. She first wore the flowy dress in 2016, when she was known for her role on Suits and went on Today to chat about winter style. The high, ruffled neck dress was a perfectly festive choice, with its green, yellow gold and purple color palette.

The royals are big fans of Erdem—Kate chose a tweed dress by the designer for her appearance at the Victoria and Albert Museum this year, and Meghan wore one of its longer dresses when she attended a Jamaica wedding with Prince Harry before they announced their engagement.

For her luncheon attire, Middleton wore Stella McCartney, another duchess favorite (the designer made Markle’s wedding reception gown). The Duchess of Cambridge first donned the bubblegum pink dress back in 2011, when she attended Prince Philip’s private 90th birthday party at The Waterside Inn. The long-sleeved silk design doesn’t align with the festive green and red color tones Middleton has recently worn, but maybe she’s saving more of that for later.

Middleton and Markle have very distinct styles, but they took a similar route for Princess Eugenie’s wedding, when both duchesses chose dresses by the designers who created their wedding looks (Alexander McQueen for Kate, Stella McCartney for Meghan).

The true royal fashion event of the Christmas season is just around the corner. The annual church walk in Sandringham is the perfect opportunity to break out a statement coat and regal hat. Hopefully, this year Meghan doesn’t select headgear with a strong resemblance to a certain vulgar emoji. 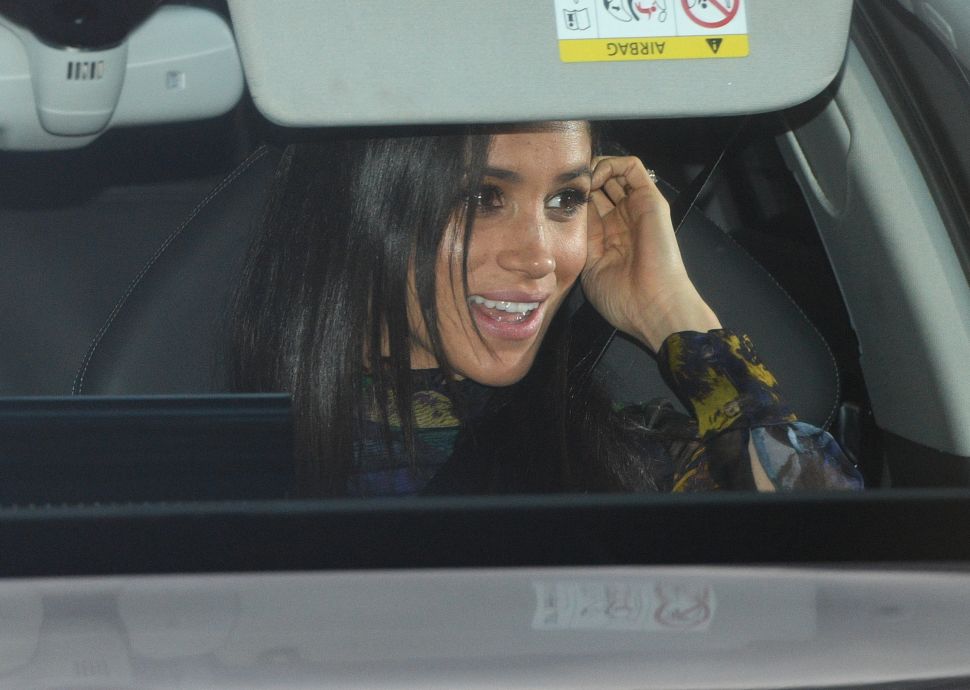