Meghan Markle has taken a step back from royal engagements since returning from her official tour with Prince Harry, but don’t expect that trend to continue into the new year. The Duchess of Sussex, who is expecting her first child in the spring, has decided to fill her schedule all the way up to her undisclosed due date.

Markle is feeling great and has told her assistants and secretaries (she’s looking to hire new staffers right now) that she’d like to continue working as long as she’s able to, says royal correspondent Katie Nicholl.

She’s also already thinking about her plans post-baby, which will include the Duke and Duchess of Sussex’s first trip across the pond as a family of three. Markle will take a relatively short maternity leave (for royals, anyway) so that she’ll be back to work in time for an official tour of the United States and Canada next fall.

As Observer previously noted, she’s hoping the jaunt will include the littlest member of the Sussex family. It looks like Markle and Prince Harry are taking a cue from Kate Middleton and Prince William, who brought 9-month-old Prince George on their Australia tour in 2014.

The Duke and Duchess of Sussex were originally thinking they’d head to the U.S. and Canada for a tour in the spring of 2019, with expected stops in New York, Washington, D.C. and California, but they delayed the trip due to Markle’s pregnancy. The dates and itinerary for the upcoming visit haven’t been set yet, as much of that depends on when Markle gives birth.

Markle has actually already ventured back to Canada since her nuptials. She embarked on a secret getaway to Toronto this summer to visit her pal, the fashion stylist Jessica Mulroney (though it doesn’t look like she visited the Suits set in her former adopted hometown). Prince Harry didn’t tag along, but since he’ll be heading to Canada and the U.S. next fall, here’s hoping he’ll get to catch up with both Justin Trudeau and Barack Obama in what is sure to be an epic battle of the bromances. 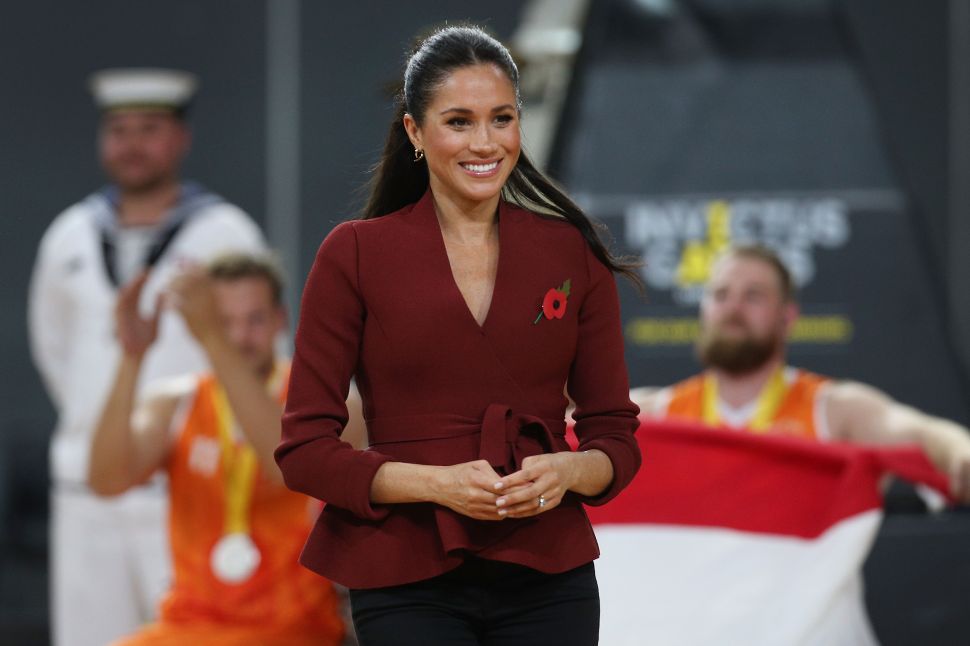